The 12-year-old child now lives by the mantra, "I am safe, I am loved and I am part of this family." 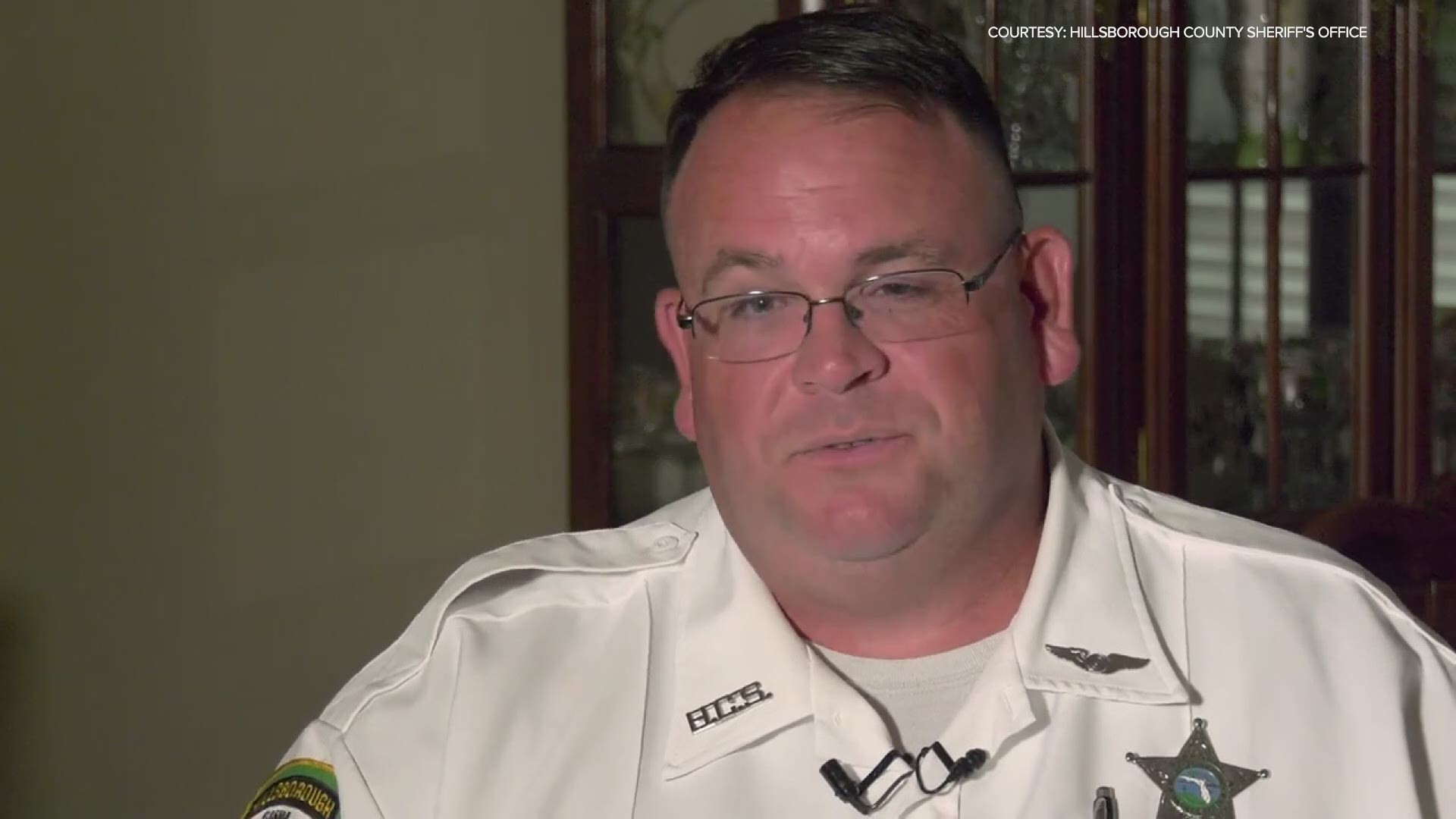 RIVERVIEW, Fla. — Nearly a week after Ronnie Oneal III was sentenced to three life terms for murdering his wife and daughter, the adopted family of Oneal's son reflected on the series of events that led the young boy into their home.

Hillsborough County Sheriff’s Office Detective Mike Blair said he responded to Oneal's Riverview home on the night of March 18, 2018. Just moments prior, Oneal had gunned down his girlfriend with a 12-gauge shotgun and murdered his 9-year-old daughter who had cerebral palsy.

Oneal's son, who was 8-years-old at the time, had also been stabbed multiple times and set on fire. Blair said he was told the boy would be medevacked to Tampa General Hospital and was not expected to live.

However, the child, who 10 Tampa Bay is not identifying under his new name, would recover and create a special bond with Blair during that process.

Blair remembered one night, the boy asked him if he could stay and watch a movie with him.

"I called my wife, and we were planning on going on a date night that night, and I said, 'Hey, instead of doing date night, do you mind if we watch a movie with this kid,'" Blair said.

"I had already known that I would want to take Ronnie home with us starting that night," Blair's wife said.

A Guardian Ad Litem who was watching over young Ronnie would give the family that chance not too long after.

And while Blair says he knows the traumatic events of that night in 2018 are tied to his son's story, he says the boy does not want to be defined by it.

There's a mantra Blair says his son now lives by: "I am safe, I am loved and I am part of this family."