Santa visits kids at a Tampa hospital -- via ham radio

The ham radio equipment usually is used for emergencies, like hurricanes. Why not use it to call Santa? 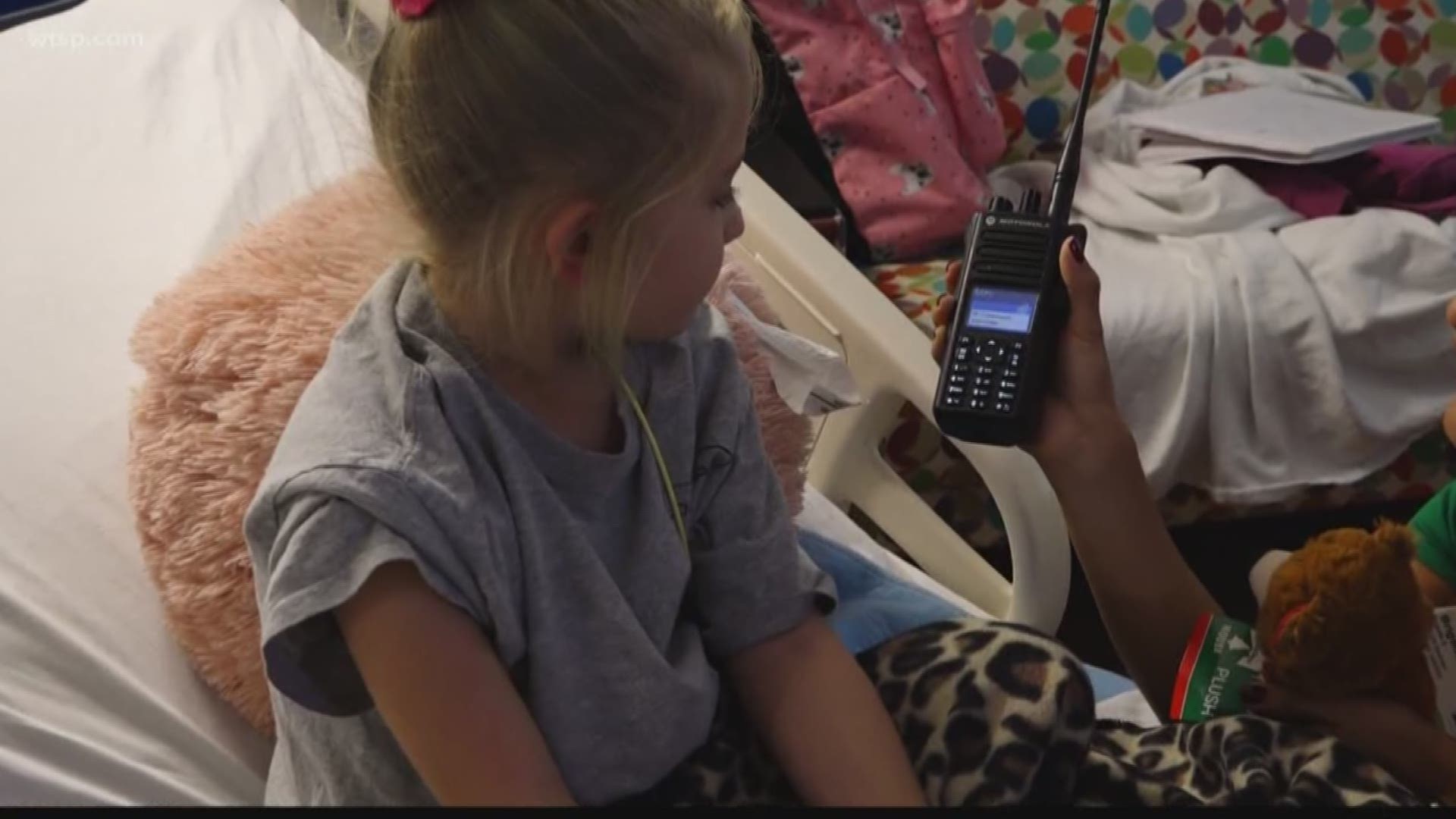 TAMPA, Fla. — Sitting in a hospital bed is a tough way to spend the holidays, especially if you’re a kid.

So on Wednesday, the folks at St. Joseph’s Children’s Hospital in Tampa used their ham radio equipment to make a special connection: a one-way link to the North Pole!

That was a welcome bit of relief for kids like 12-year-old Daniel Summa.

“I’m a little sad,” Summa admitted. After all, this year, he and a lot of other kids are stuck in the hospital, not sure if they’d be able to let Santa know what’s on their wish list.

“Just trying to make the best of it and have as much fun as I can,” he said.

Instead of them visiting Santa at the local mall this year, St. Nick is visiting Summa and other young patients by calling in on his ham radio.

“It was a little shocking. I mean I normally I don’t like -- talk to Santa every day,” Summa said. “This is all really surprising and shocking all really amazing!”

St. Joseph’s Children’s Hospital got the idea about a decade ago.

The same radio equipment on standby in case of hurricanes or other disasters could be used to spread a little Christmas cheer in a place where it’s often needed most this time of year.

“Usually, when you’re a kiddo, you’re at home, you’re going to school, you’re playing with your friends and here in the hospital you don’t have that opportunity,” said the hospital’s child life specialist, Hadley Trull. “So, if we can bring something that is fairly typical, like a visit with Santa, or talking to Santa to the kids here, that’s our goal.

"And to bring some joy in it to a stressful and sometimes scary situation.”

To make the radio meeting with old St. Nick that much more special, the hospital sends ahead a few Santa’s helpers who collect a little Noel-intel that makes the interaction even more personal.

So, for example, somehow, Santa knew just how much 8-year-old Sidney Dozier loves Barbies and L.O.L.’s.

And Alexander Manninen wasn’t shy about asking for tickets to Disney World, plus a few Apple devices thrown in for good measure.

“Merry Christmas,” he smiled into the radio.“Bye Santa.”

But if you asked most of these children what they really want for Christmas this year, you’d find that being stuck in a hospital provides some very grown-up perspective.

“I just hope I’m out. So, I can celebrate holidays with my family,” Summa said. “That would be the best thing.”