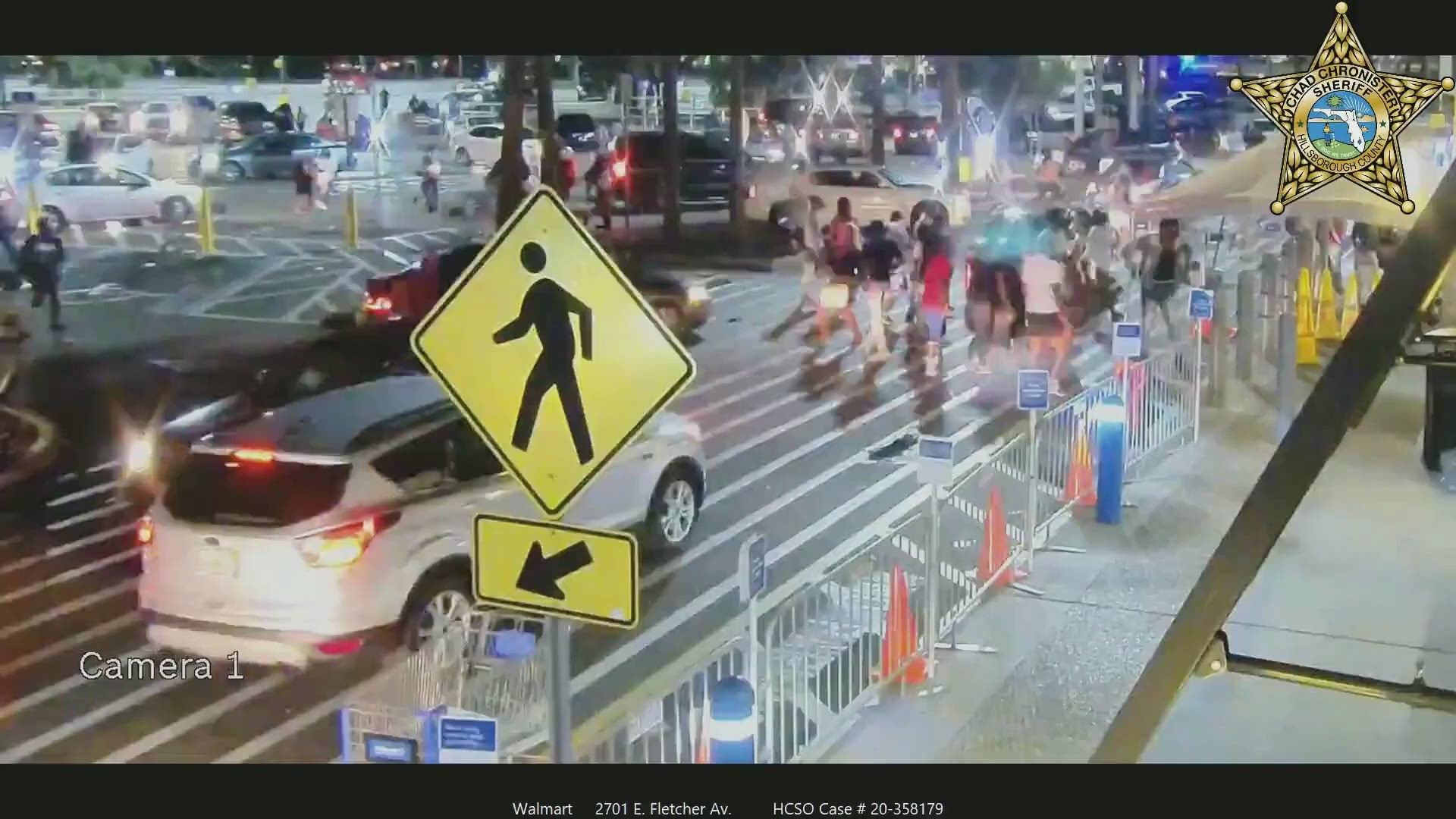 TAMPA, Fla. — The sheriff's office is asking the public's help in identifying people seen in surveillance video storming a Walmart in Tampa.

The Hillsborough County Sheriff's Office said video released on Thursday shows hundreds of people rush into the closed store and steal or damage more than $100,000 in merchandise.

The store was closed due to the protests occurring outside the University Mall.

People used hammers and other objects to break the glass entrance doors and run into the store, according to the sheriff's department.

An estimated $116,000 in merchandise was stolen or damaged, mostly from the electronics section, deputies say.

"Not only is this violence completely unacceptable, it was disrespectful to the protesters who were out there that night trying to express their message in an impactful way," Sheriff Chad Chronister said. "We are actively working to identify each and every one of these suspects and ask the public to provide any information they may have."