A Hillsborough County woman says a road near her house has been riddled with cracks and potholes for close to five years now. 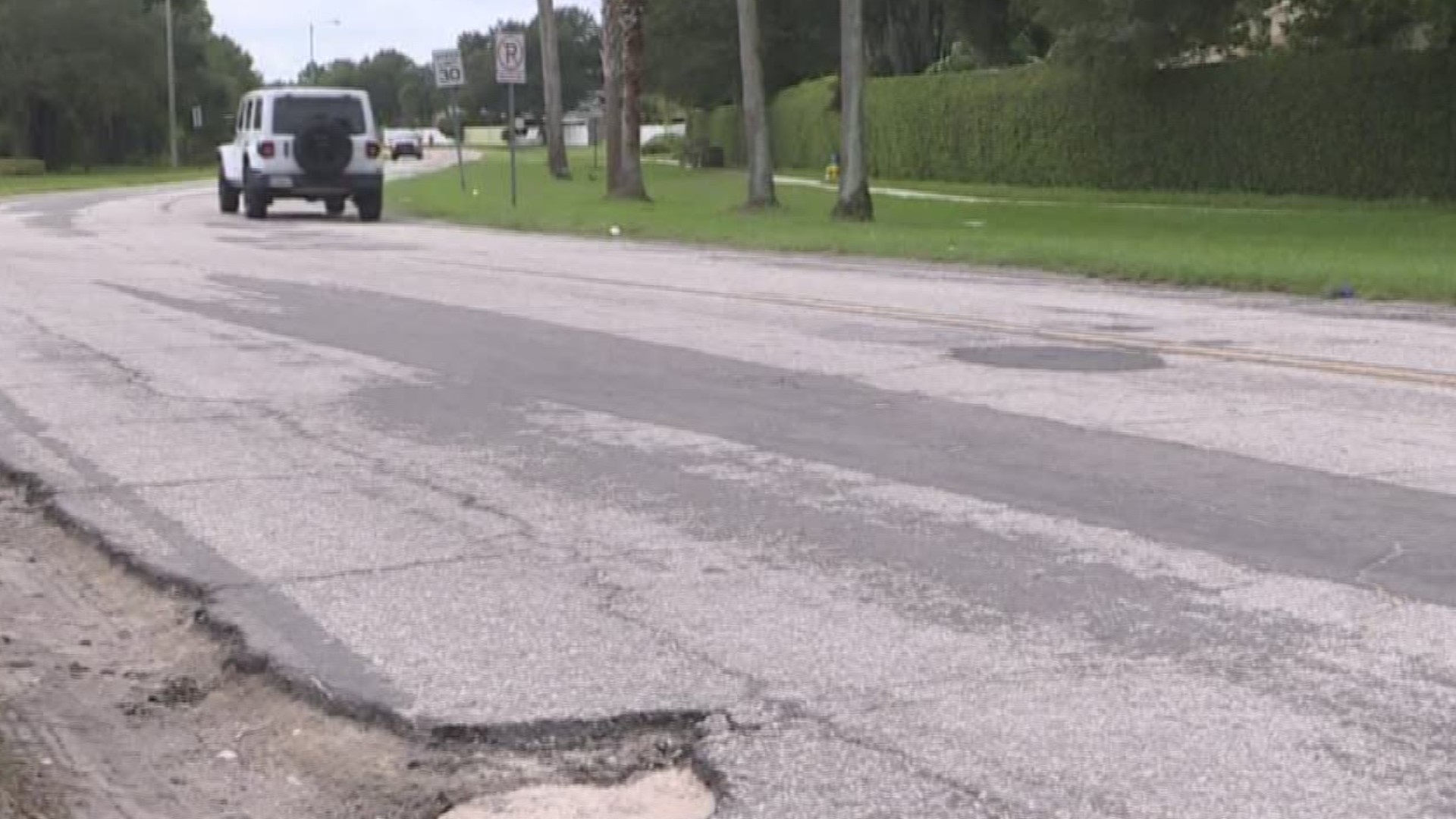 TAMPA, Fla. — We all know a street or an intersection near where we live that could use some attention.

But, a Hillsborough County woman says a road near her house has been riddled with cracks and potholes for close to five years now, and every time she goes to the county commission to complain about it, they keep telling her it’s about to be fixed.

But the job never gets done.

“I’ve been asking for this for five years,” Carole Schaller told the Hillsborough County Commission this week.

For five years, Schaller and her neighbors have dealt with potholes and fissures that make the small stretch of Summerfield Boulevard, south of Big Bend Road, look like a mosaic. It's filled with craters, cracks, and more patches than a quilt.

And, it’s not just unsightly. Neighbors say all those pockmarks in the pavement have become a hazard.

“People have experienced damage to their cars as they hit these potholes,” Schaller said. “Accidents have happened as people swerve to miss these potholes.”

It didn’t take long for commissioners to realize they’ve heard all this before. Some of them even recalled  Schaller’s appearances at previous meetings.

“This fine lady is correct,” said Commissioner Stacy White. “She was here a year ago, two years ago.”

“I was at Summerfield last week,” Commissioner Pat Kemp said. “And was appalled at the condition.”

That exchange got board members asking their own engineers why – if something should’ve been done by now – it hadn’t been.

“I can understand her frustration in hearing ‘should’ all the time,” White said.

So, until then, she plans to keep coming back before commissioners, repeating her pavement plea.