How much are 28 trees worth? Tampa targets tree cutters with record $840K fine

In the battle over who should have final say when it comes to removing trees from private property, Tampa is fighting back. 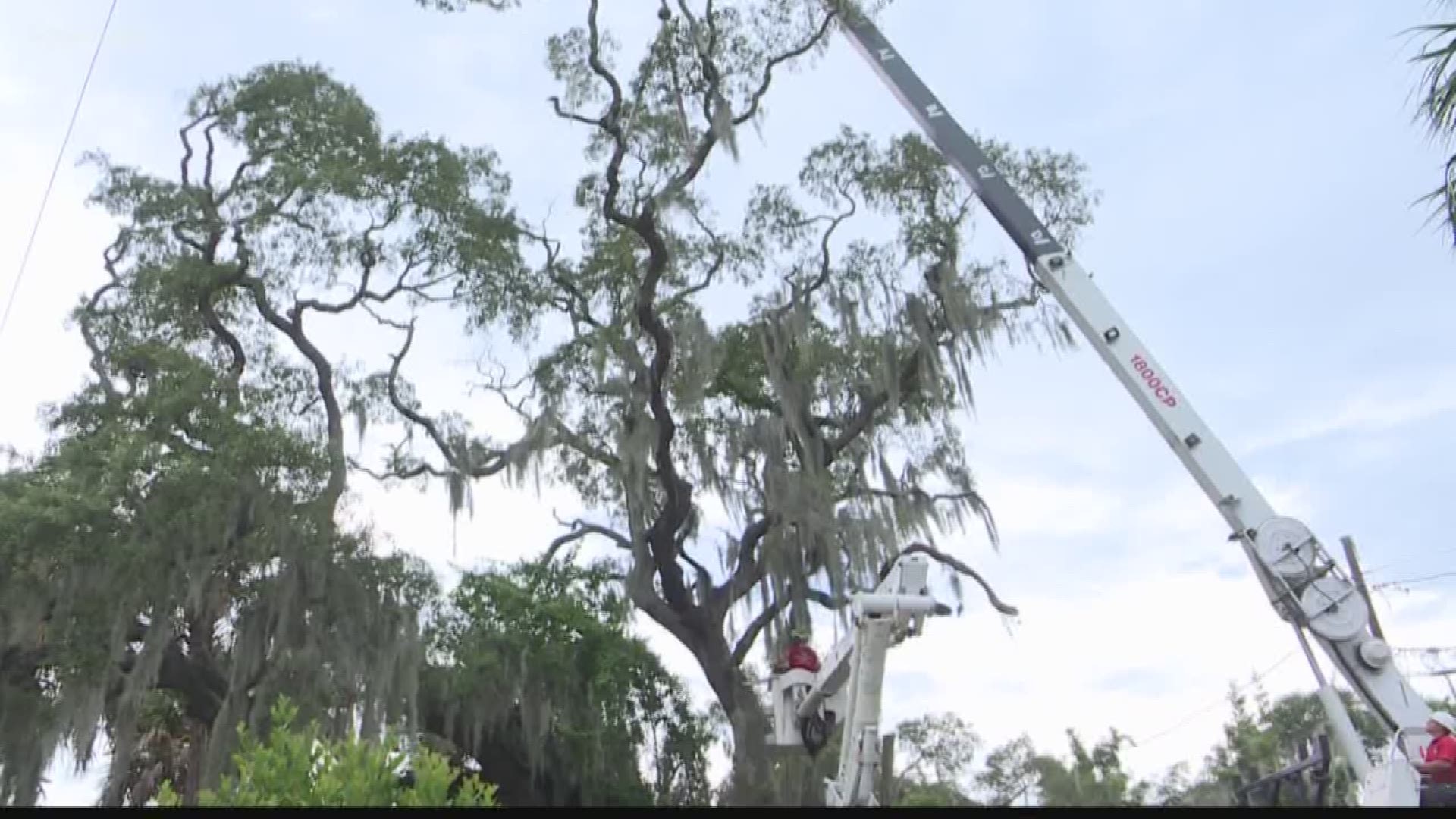 In the battle over who should have final say when it comes to removing trees from private property, the city of Tampa is fighting back.

With a new state law barring local governments from regulating tree removal seemingly on their side, the property owner of a rundown South Tampa mobile home park had more than two dozen trees chopped down in August.

But now Tampa officials are issuing some of the largest fines in city history against the owner and the tree removal company involved.

Tampa city attorney Gina Grimes said the fines are a result of the irreparable damage that’s been done but contends the city is in full compliance of the new state law.

The tree removal exemption applies only to properties zoned residential, Grimes contends, not the property in question which is zoned commercial, even though it’s housed a mobile home park for decades.

“It’s our position that in this instance the property-owner and arborist exploited the statutory preemption for their own private gain to clear cut the site for commercial re-development,” Grimes said in an email. “The city will seek the maximum penalty permitted under the law.”

"People live on the property today, and have been living there for over 40 years, as allowed by the city code, Cremer said in an email.

"If the city of Tampa has a problem with a state statute, its remedy is to complain to the state, not to threaten hundreds of thousands of dollars in fines against the property owner for following the law."

The matter is scheduled for a hearing before a special magistrate at City Hall on Oct. 25.