While a handful of big venues will receive federal money for COVID-related reimbursements, some smaller venues feel like they’re being left out. 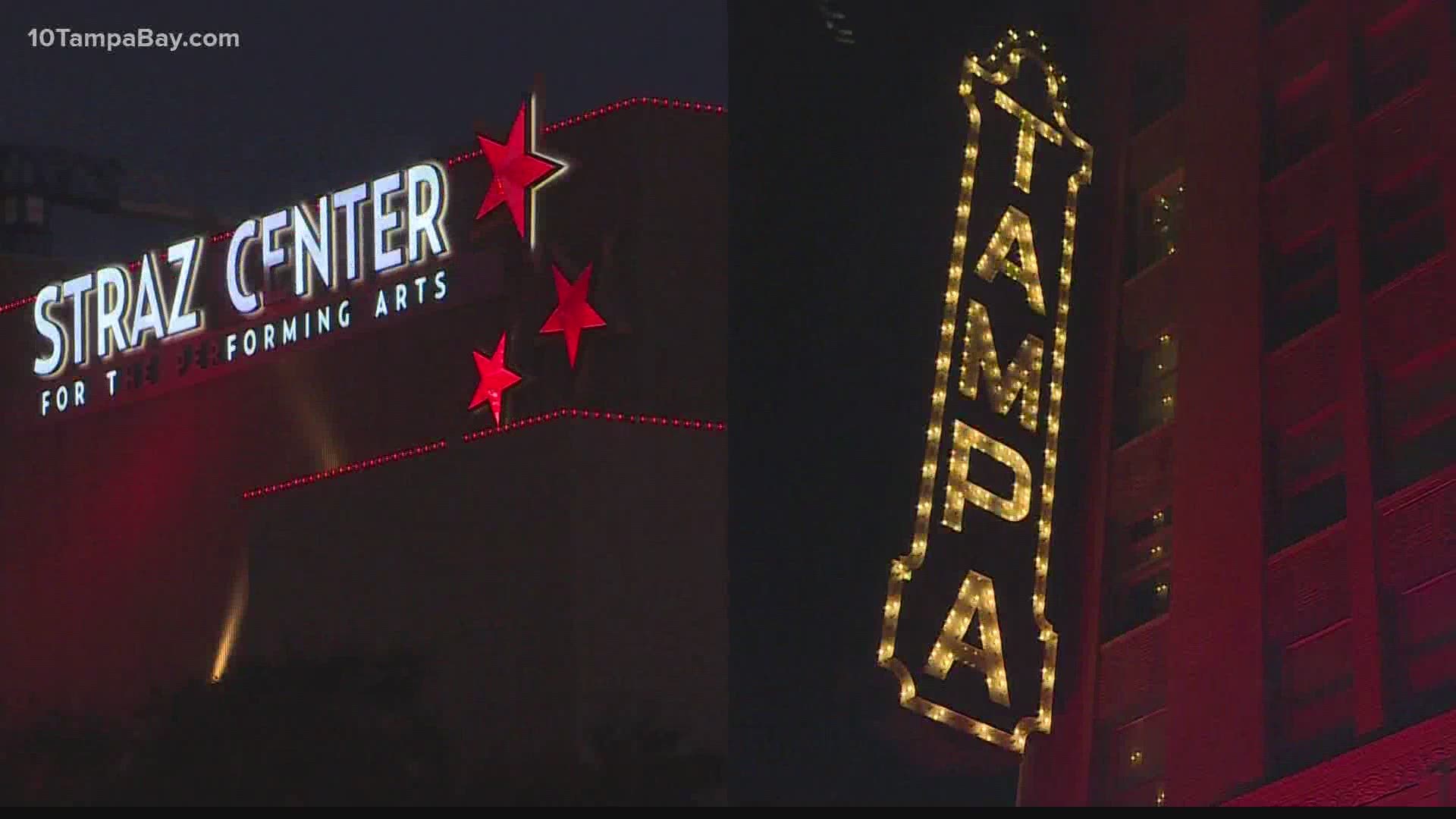 The eight non-profit venues — which includes the Straz Center, Tampa Theatre, Tampa Bay History Center, Tampa Museum of Art, ZooTampa, Florida Aquarium, the Museum of Science and Industry (MOSI) and Glazer Children’s Museum — will each be eligible for up to a $500,000 reimbursement for COVID-related expenses, like PPE or safety upgrades.

The money will come from federal CARES Act dollars the county already had.

"The venues are just so important,” said Commissioner Sandy Murman, who voted to approve the relief. "The reason we concentrated on these venues is because the county has made significant capital investments in those venues and, for us, it's a protection of our investment."

The approval comes just a day after many of the venues were lit up in red as part of a campaign to bring attention to the situation live venues face if Congress doesn't intervene soon.

But with smaller, independent live venues struggling, too, Crowbar owner Tom DeGeorge wonders why more isn’t also being done to help businesses like his. DeGeorge says since March he’s taken out a low interest $150,000 Economic Injury Disaster Loan, $100,000 in personal loans and has received $45,000 in grants, but he’s lost more than $500,000 in revenue.

“I don't know where the disconnect is,” he said. "I have no way of doing any business, my shows aren't going to return until the spring, I am in the exact same position those larger performing arts centers are in."

Murman says the county wants to help as many as possible.

“Our process is flexible enough where we can consider on a case-by-case basis,” she said. “But we're not going to be able to help everybody."

Murman says the county is also limited given the guidelines of the CARES Act funding, which she says has to be for COVID-related expenses.

For now, DeGeorge says he working on getting a food license for his establishment so he can reopen in some capacity sometime soon. But that costs money, too.

"Usually if you're going to give money to the performing arts you would've included us too,” DeGeorge said. "Maybe they'll come up with something down the road but I just don't know how any of these people think we're supposed to survive."

The county commission on Wednesday also approved $2.4 million for upgrades at Amalie Arena and $1.6 million for Steinbrenner Field. The money will pay for more hand sanitizer stations, thermal scanners at entry gates and plexiglass barriers.