A young girl was able to escape the SUV before it became partially submerged, authorities said. 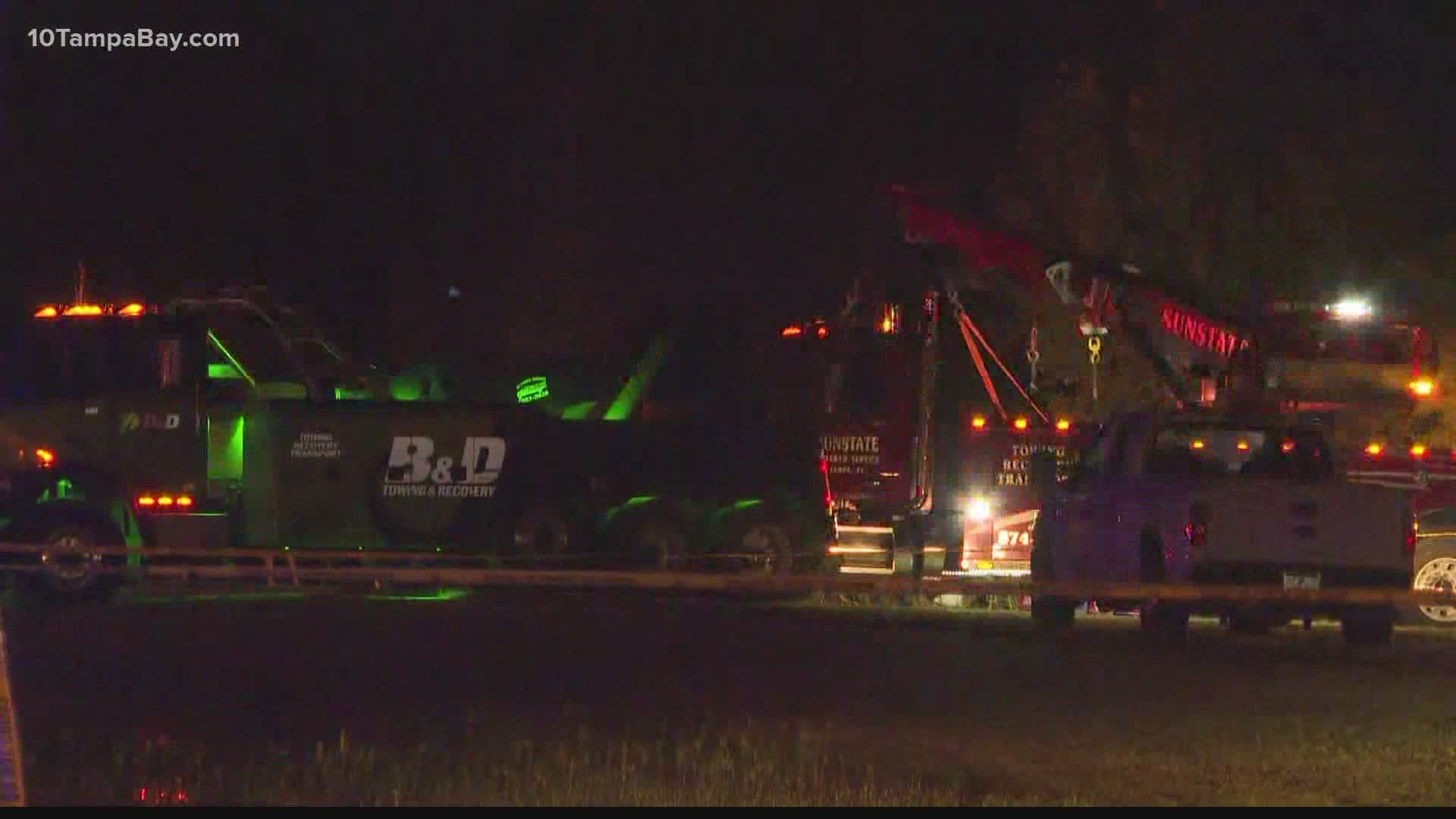 TAMPA, Fla. — The woman behind the wheel of an SVU that crashed into a pond and overturned was killed, police confirmed.

It happened just after 7 p.m. Wednesday near Whispering Brook and Clover Pine drives, according to the Tampa Police Department. They say an SUV veered off the road for an unknown reason, struck some trees and rolled into a pond.

A 12-year-old girl escaped the SUV but Tampa Fire Rescue says a 38-year-old woman, who was the driver, remained trapped inside. Crews were not able to rescue the driver with the SUV being in the water, spokesperson Jason Penny said during a news conference.

It was taken out of the pond and, hours later, police confirmed the woman died. Crews took the child to an area hospital for treatment.

Tampa police have identified the woman as 38-year-old Nicole Allen.

The crash remains under investigation.