Super Bowl LV is coming to Tampa on Feb. 7, 2021. The NFL helps beautify each city hosting the big game. 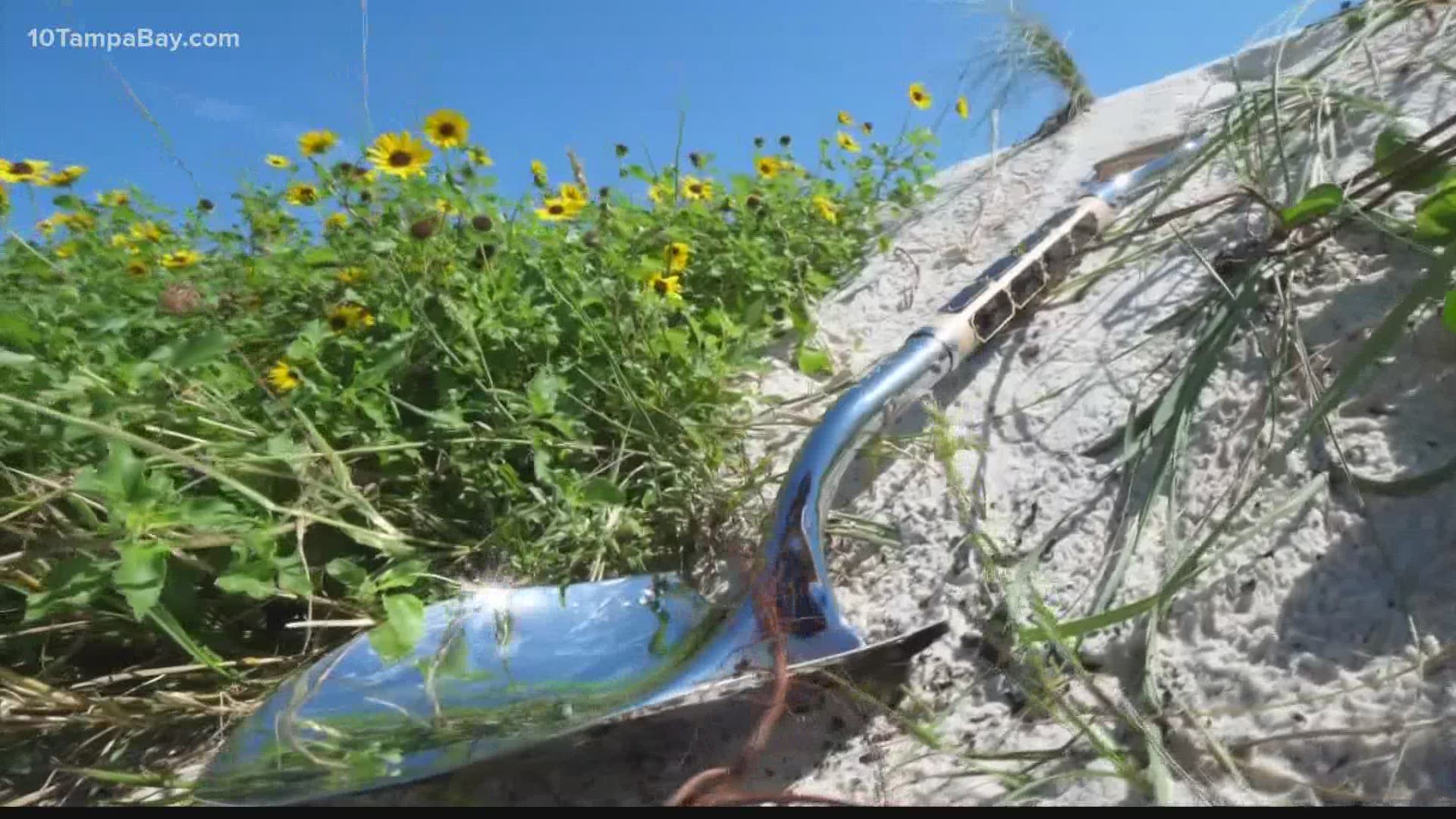 TAMPA, Fla. — Super Bowl LV is coming to Tampa Bay. The lead-up to the big game always includes a symbolic passing of the torch from the previous year’s host city to the current host city.

This year, that transition doesn’t leave the state of Florida.

“The NFL season is underway and so too are Super Bowl community greening projects,” said Claire Lessinger, Tampa Bay Super Bowl LV Host Committee Vice President of Events. “This is the first of numerous projects planned in the Tampa Bay area to create a positive legacy around the big game.”

The baton, per se, being passed between host committees is called the “Golden Shovel.” A military diver transported it underwater around the state of Florida to Picnic Island where volunteers from Tampa Parks and Recreation built sand dunes to help prevent erosion and protect against storm damage.

“We are connected to working in concert with NFL Green and their Sponsors to mitigate the environmental impact and ultimately leave a lasting legacy the propels our community forward forever, together,” Lessinger said.

Other events are planned to make Tampa Bay more beautiful, including a beautification project to create a pollinator garden at Veterans Memorial Park, a large tree planting at the Boys & Girls Club in Wimauma, the creation of a vegetable garden and community compost project at the Keep Tampa Bay Beautiful Environmental Education Center at Reed Park, native plantings and cleanups at Lowry Park and at McKay Bay Nature Park and one of the most innovative Super Bowl environmental projects: the continued restoration of a Florida coral reef.

“We’ve had a tremendous number of partners join in the effort to ensure these impactful community projects are implemented even during these unprecedented times,” said Susan Groh, Associate Director of NFL Green. “Planting trees, creating greenspace and enhancing the natural environment is something the NFL has been doing around its tentpole events for over 15 years.”

The Super Bowl is scheduled for Feb. 7, 2021, at Raymond James Stadium.