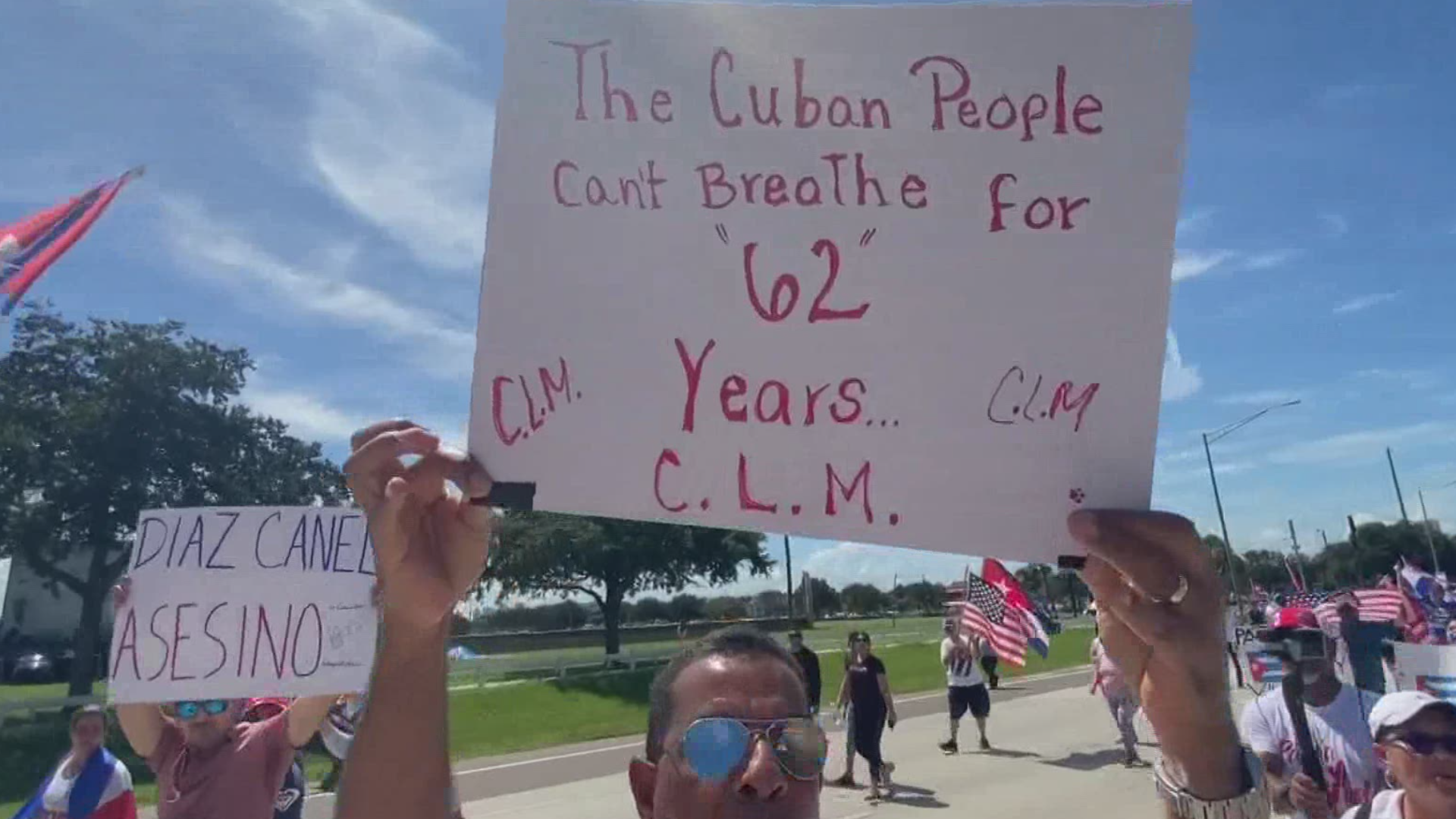 TAMPA, Fla. — Protests continue in Cuba and in the Tampa Bay area as people demand freedom from the communist government. Saturday morning, hundreds of protesters gathered at Al Lopez park to make their voices heard.

"Libertad!" was chanted as people gathered around a stage. Tampa police had a heavy presence, making sure the event remained safe.

Tampa Mayor Jane Castor spoke to the crowds, expressing her support for the protests against Cuba.

"Cuba is woven into the fabric of Tampa, and made it what it is today," said Castor, speaking to the media after her speech.

President Joe Biden has expressed his support for these protests, too. But has not taken action in support of Cubans dealing with food and vaccine shortages. When asked what she'd tell Biden, Castor said America's support is necessary.

"I think that as a nation, we have to support the fight for freedom in Cuba," she said.

After public officials spoke, protesters gathered in the streets, marching around Al Lopez Park. Police blocked off traffic as hundreds walked the streets in a peaceful display.

"For 62 years, we can't breathe," yelled one man as he marched. "All we want is freedom. That's all we're asking: freedom."

Many of the people protesting are doing it for loved ones back home, a cause all to close to their hearts.

"We are here today because the Cuban government is trying to kill our country — our people," said Ricardo Olbera.

He has a 78-year-old mother who lives alone in Cuba. He said he worries for her safety.

"Don't go out to the house," he said he tells his mother. "Because she's very old. I said to the young people, go to the street and fight against communism."

A fight Olbera and thousands of others have taken stateside.