The man killed and the shooter didn't appear to know each other, deputies say. The shooter is in custody. 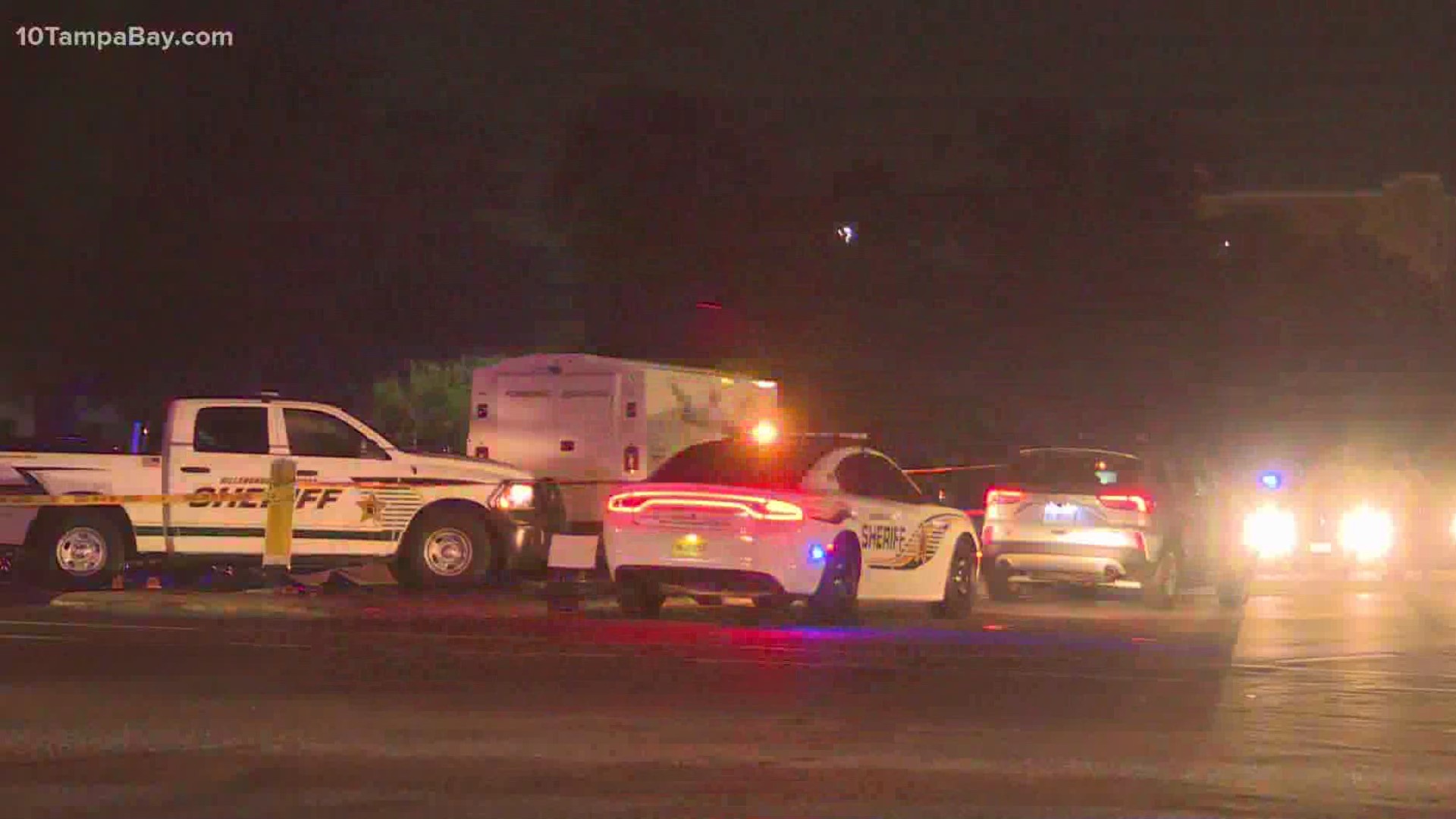 TAMPA, Fla. — A man was shot and killed in a Tampa roadway, the Hillsborough County Sheriff's Office said.

Deputies say it happened around 8:30 p.m. Thursday at the intersection of Waters Avenue and Anderson Road. When they arrived, deputies say they found the body of a man in the roadway next to his car.

According to the sheriff's office, at some point, the man shot got out of his car at the traffic light. For unknown reasons, deputies say the shooter fired his gun. The man died at the scene, detectives say.

The two men didn't appear to know each other, the agency said.

The shooter remained at the scene and is in custody, the sheriff's office said.

"Detectives are currently questioning the shooter, who is cooperating," said Sheriff Chad Chronister in a statement. "Based on preliminary investigative details, the two men did not appear to know each other. We urge anyone who witnessed the incident, to please come forward."