Plane makes emergency landing in a field near the Selmon Expressway

The pilot has been operating aircraft for more than 20 years. 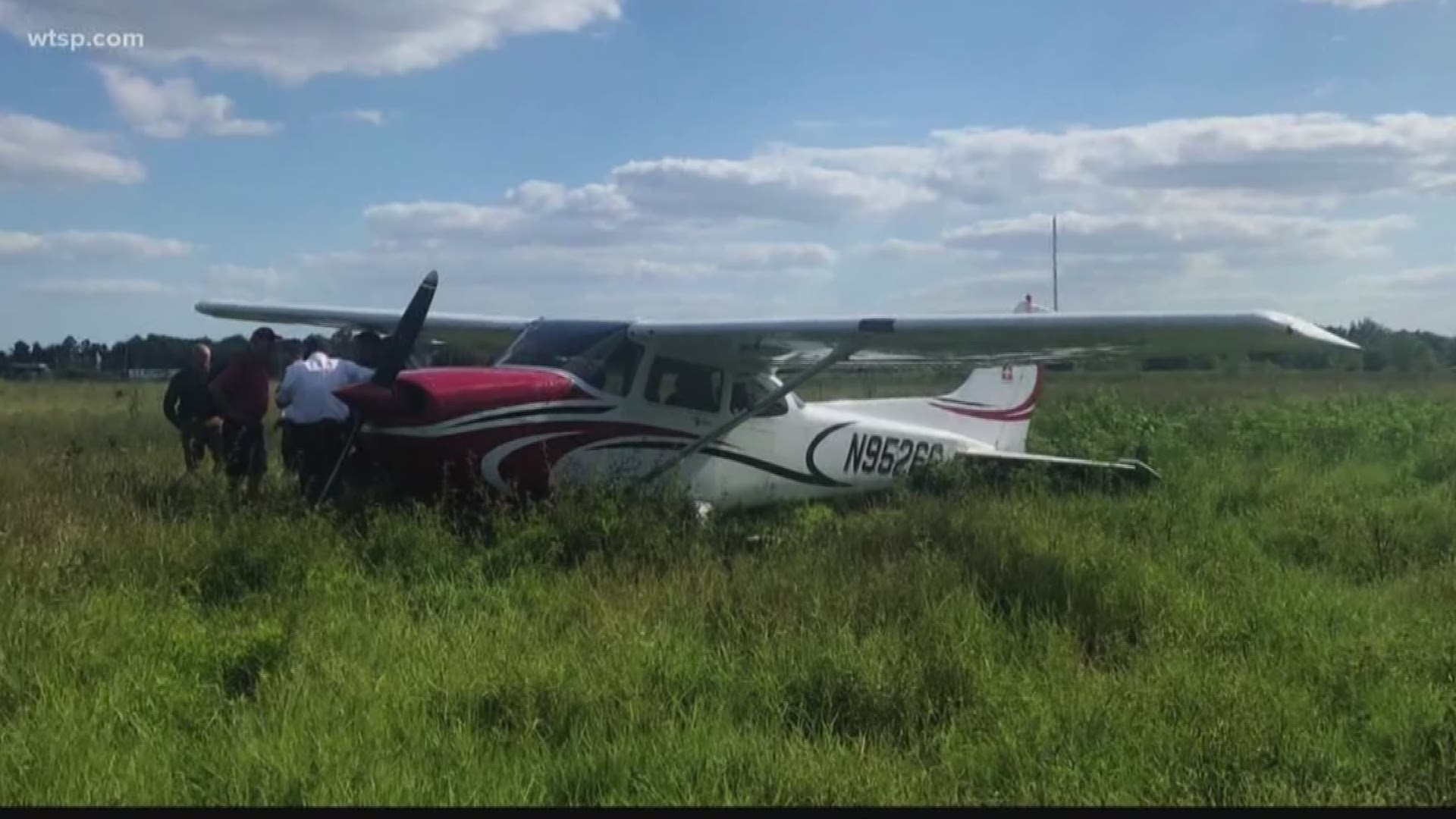 TAMPA, Fla. — No one was hurt when a plane made a hard landing Monday afternoon in a field near the Selmon Expressway.

It happened around 3 p.m. near the Selmon Expressway and U.S. Highway 301 South, according to a news release.

Pilot David Presnell, a flight instructor with Atlas Aviation, took off in his Cessna 172R from Davis Islands and had a sudden power loss in the engine, according to the Hillsborough County Sheriff's Office.

He used a windsock from a cell phone tower to help guide him into the large, grassy field, deputies say. The landing was completed with only minimal damage to the aircraft.

Presnell, who's been piloting aircraft for more than 20 years, was not hurt.

"This is a best case scenario for everyone involved," Sheriff Chad Chronister said in the news release. "The field where the emergency landing happened is not too far from a very busy highway where hundreds of people were beginning their afternoon commute.

"I believe the decades of experience this flight instructor has and his quick thinking made all the difference."