On June 29, 2010, Officers Jeff Kocab and David Curtis were shot and killed during a traffic stop. 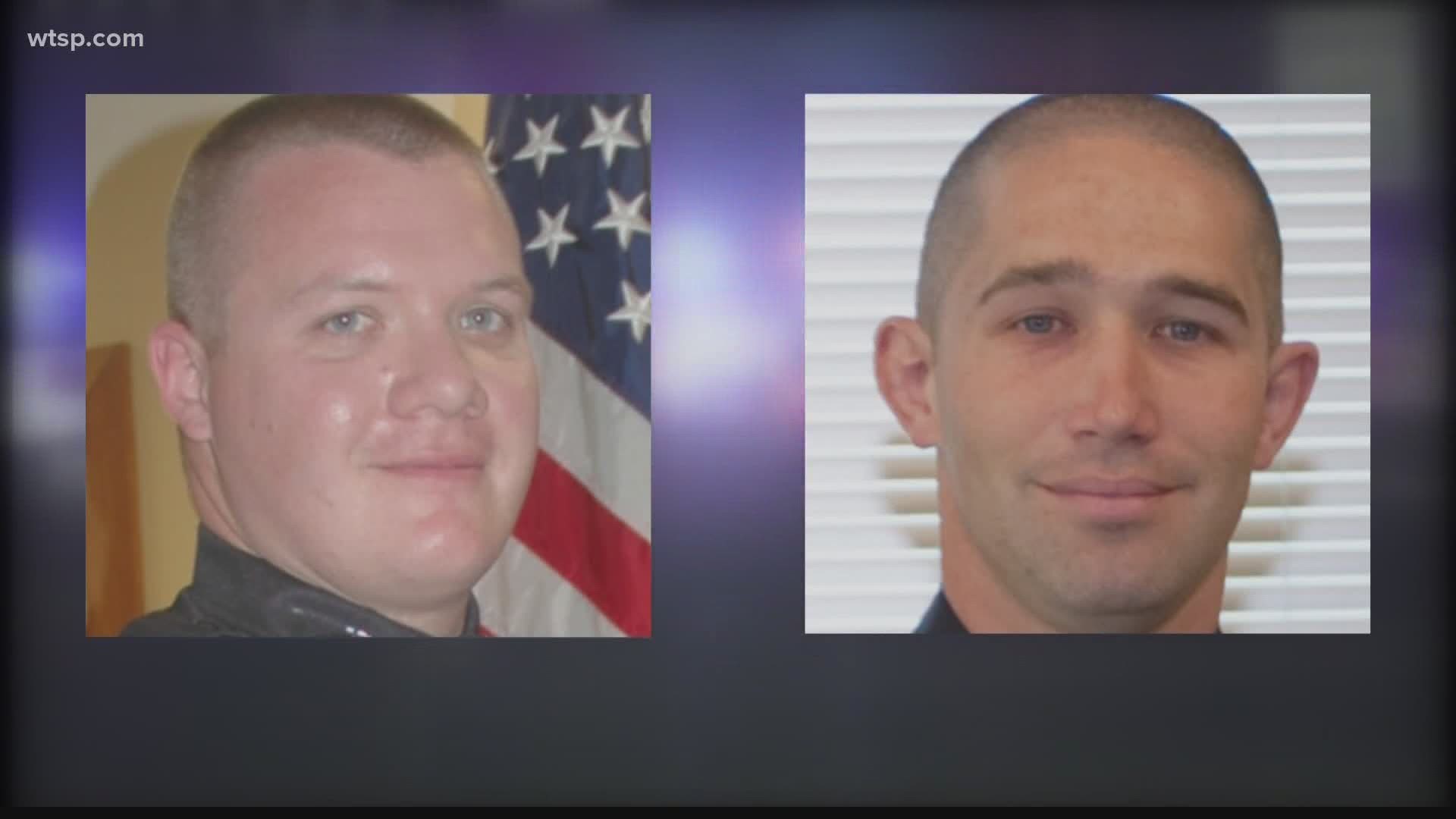 TAMPA, Fla. — It’s been 10 years since an overnight traffic stop ended in the stunning loss of two Tampa police officers.

“It’s something that I will remember every single second of the entire ordeal,” said Mayor and former Tampa Police Chief Jane Castor who had been named Tampa’s top cop less than a year earlier.

On June 29, 2010, she got an overnight call indicating two of her officers, Jeff Kocab and David Curtis had been shot during a traffic stop. One had already died and the other wasn’t expected to survive.

“Your first reaction is that it just can’t be possible, and clearly it was,” recalled Castor. “Dave had four young boys at the time. And Sarah Kocab was nine months pregnant, so it was a very, very trying time for the entire community, and it hit our police department particularly hard.”

“It brought the entire community together,” Castor said. “We had this individual that was literally terrorizing our community, who had killed several members of the community before he took the lives of Dave Curtis in Jeff Kocab. So it really did galvanize our community and everyone participated in the manhunt and trying to bring this individual into custody so that we would have no further loss of life.”

Many in Tampa remember the night Morris was taken into custody.

“It was a moment of relief for the entire community, especially going into the next day where we are going to leave Dave and Jeff to rest,” Castor said.

The protective barrier around the Tampa Police Memorial was removed Monday just long enough for a private memorial marking 10 years since the tragedy that touched all of Tampa.

Castor spent time paying her respects to officers who made the ultimate sacrifice. Some of the names listed on the memorial were officers she knew well.

Castor says much has changed in the 10 years since the community came together in support of the police department. Despite the nation’s unrest now, Castor feels sacrifices like the ones made by Curtis and Kocab should not be forgotten.

“It’s something that we need to remember,” Castor said. “The community needs to understand that there are men and women that put a uniform on every single day and leave their homes not knowing if they’re going to come back -- to protect you.”

But for now, it’s the memorial itself that needs to be protected. Tampa Police spent Monday afternoon boarding it back up until the memory of police officers who lost their lives while protecting the community can be respected and remembered, instead of damaged or destroyed.

Castor says the message to the community is simple.

“We need to celebrate what our police officers do to keep our community safe,” she said.

Donte Morris was convicted on four of his five murder charges including the two officers. The prosecutor decided not to try the fifth case because Morris had already been sentenced to death.