One driver was arrested for aggravated battery with a deadly weapon. 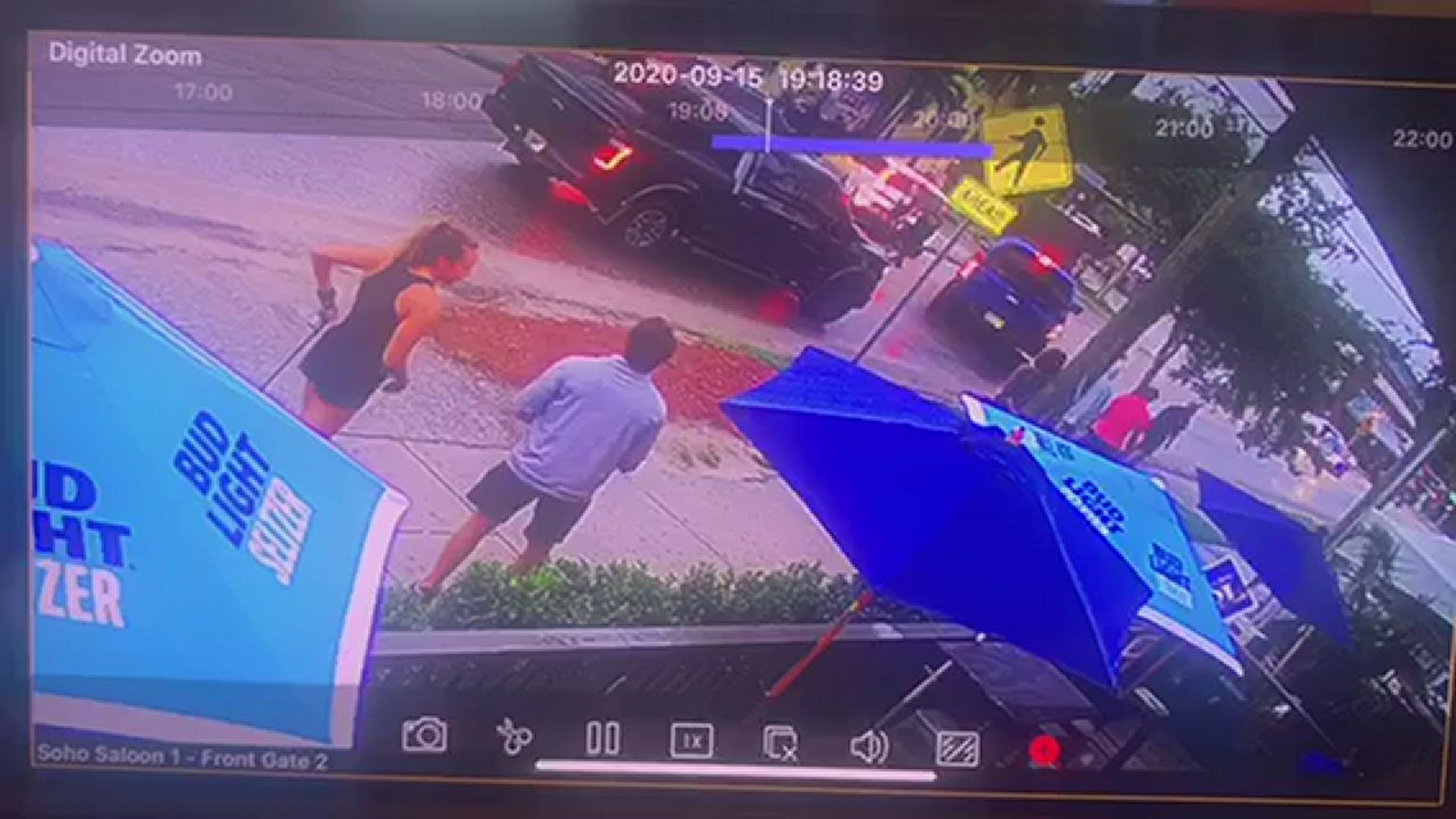 TAMPA, Fla. — A driver is accused of intentionally crashing a car as traffic was stopped for a protest.

It happened around 7 p.m. Tuesday on Howard Avenue between Azeele and Horatio streets, according to the Tampa Police Department.

Police say a driver in a Jeep tried to go around a crowd of a few dozen protesters by taking the sidewalk but was blocked by the group and a blue truck.

The blue truck soon took off, and the Jeep tried to get around a white Kia. As the Jeep moved forward, police say the driver of the Kia crashed into the side of the Jeep.

The Kia driver, 24-year-old T Munoz, was arrested for aggravated battery with a deadly weapon, a news release states.

Police said Dezeray Rubinchik, 42, was charged with resisting officers without violence. There were also three traffic stops and two citations issued on cars that blocked traffic and drove on the wrong side of the road, police said.