Officer Jesse Madsen, 45, was killed Tuesday morning when his police cruiser crashed into a car driving the wrong way on I-275. 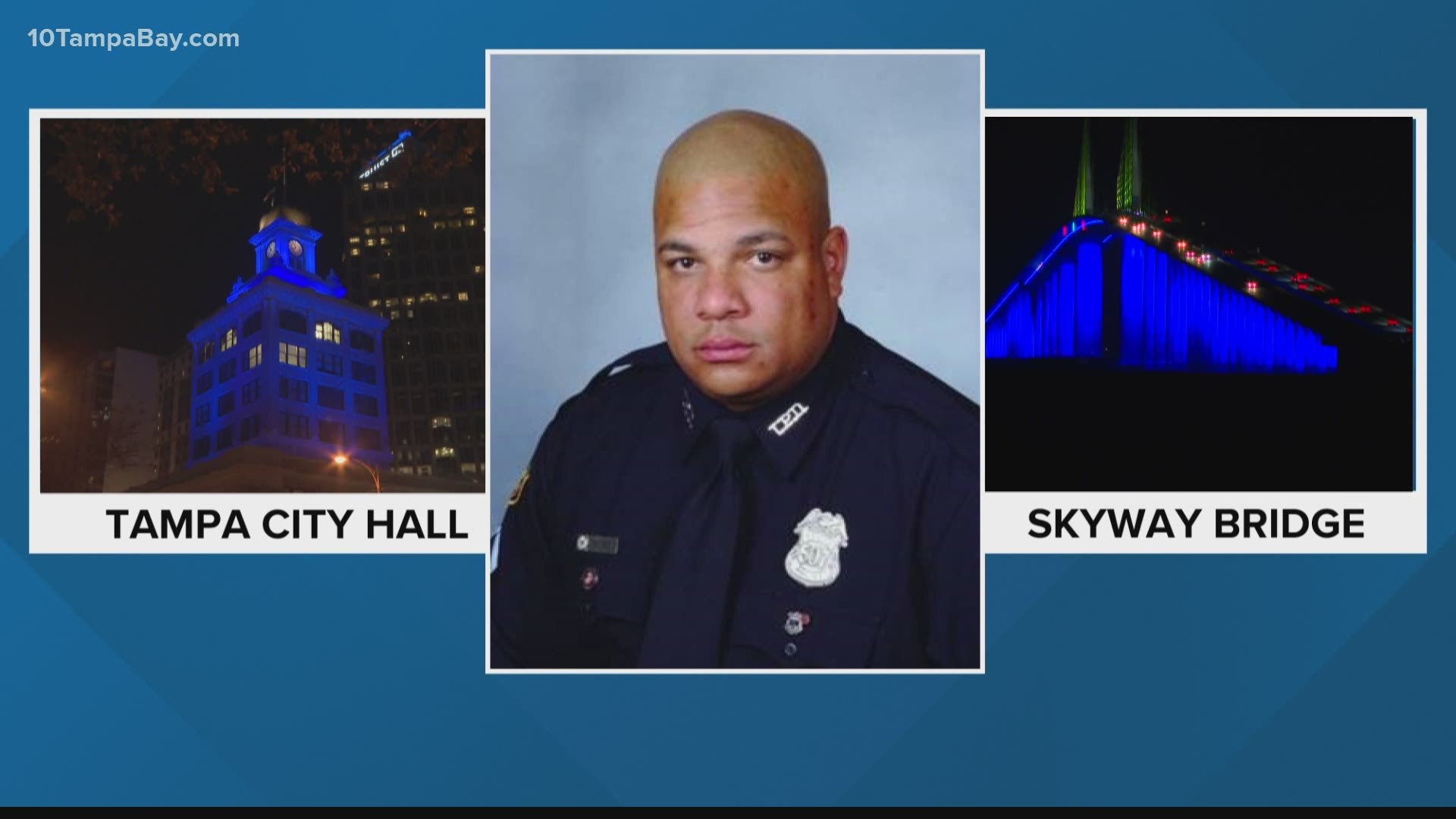 TAMPA, Fla. — A "highly decorated" Tampa Police officer was killed early Tuesday morning in a wrong-way crash on Interstate 275 after veering into traffic to keep others safe, according to the Tampa Police Department.

Dugan said he believes Madsen, 45, died trying to protect others after witnesses told investigators he veered his cruiser into the path of a wrong-way driver.

It's something later proven by data from both cars, according to Dugan.

At the time of impact, the chief said the other driver killed in the crash, 25-year-old Joshua Montague of Colorado was traveling more than 100 mph. A full toxicology report is pending, but the police department says initial findings show that Montague was intoxicated at the time of the crash.

Detectives have learned the 25-year old was in the process of moving to the area and had only been in Tampa for less than 12 hours at the time of the crash.

When police checked his hotel room they found beer bottles and his stuff unpacked, according to Dugan. Eyewitnesses also placed Montague at a bar ahead of the crash.

"This whole incident could have been avoided," Dugan added.

Due to the heroic actions of Officer Madsen, he will be awarded the Police Purple Shield and the Medal of Honor. The police department said his loved ones will also receive the Gold Cross Award which is presented to families of law enforcement officers who die in the line of duty.

Madsen had been with the Tampa Police Department for 16 years. Dugan said he was a decorated police officer and a seven-time recipient of police life-saving awards. He dedicated his life to the safety and service of others, Dugan added, first as a United States Marine combat veteran, then as a police officer in Lyndhurst and Shaker Heights, Ohio.

The Tampa Police Department said Madsen was a guardian of the city and will never be forgotten.

Madsen was raised in Shaker Heights, Ohio. He leaves behind a wife and three kids.

Chief of Police Pat Rhode in Lyndhurst, Ohio, told 10 Tampa Bay he was Madsen’s training officer in 1999 when he first started his career in law enforcement. Rhode said they became friends and he described Madsen as “selfless.”

“Our hearts ache for Jesse and Jesse’s family and the Tampa Police Department and the general Tampa community and our prayers are with ya’ll during this horrific tragedy,” Rhode said.

A sergeant with the Shaker Heights Police Department, also in the Cleveland area, told 10 Tampa Bay some of their officers plan on making the trip to Tampa for Madsen’s funeral.

"Our thoughts and prayers are with his family, friends, and fellow officers," the Shaker Heights Police Department wrote in a statement. 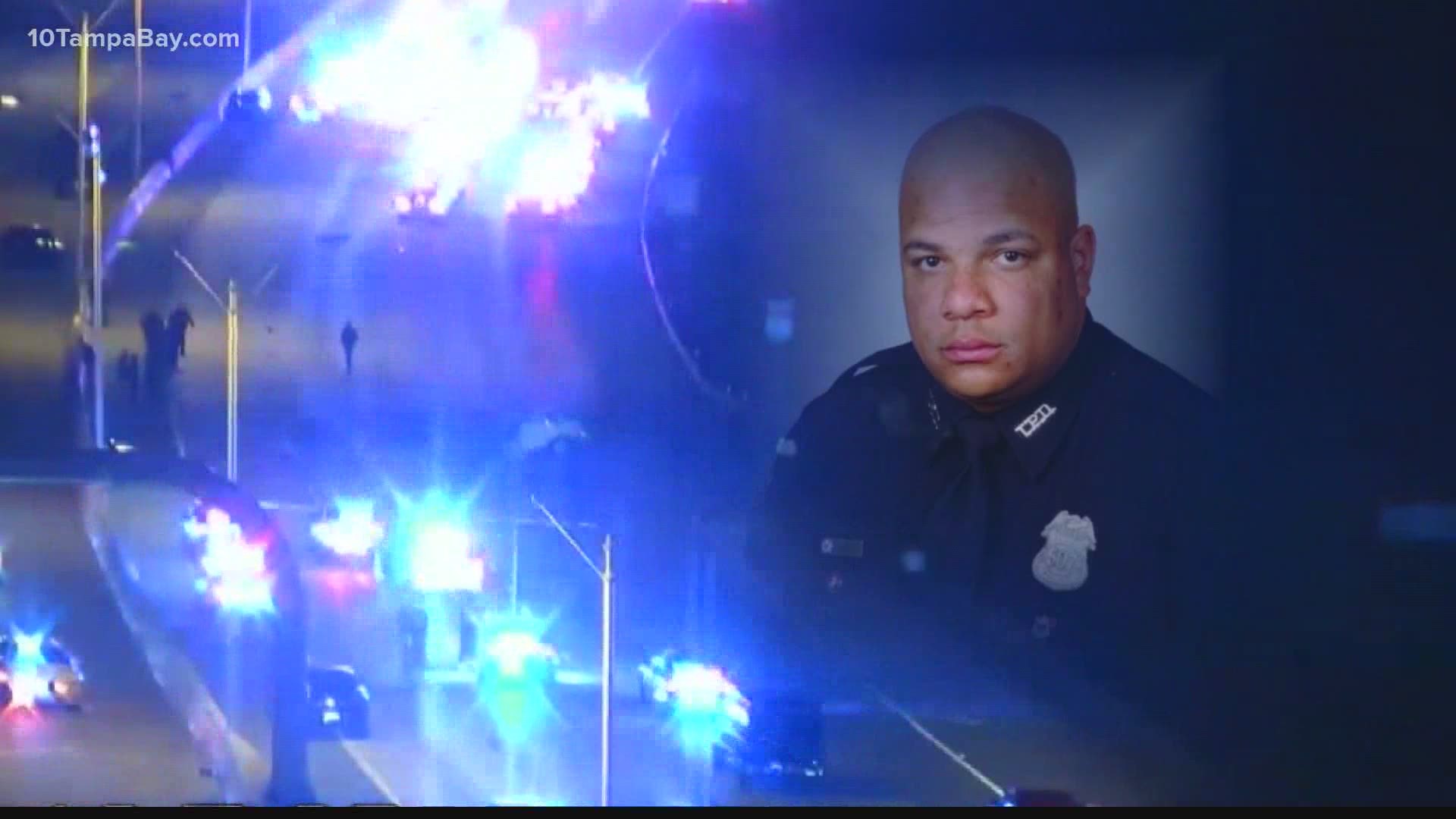 Tampa City Councilman Orlando Gudes also shared his condolences. Gudes was a TPD officer for 26 years and was on the same squad as Officer Madsen when Madsen first joined the force.

"He was a good guy who's energetic, aggressive," Gudes said. "Madsen liked to joke a little bit, but also he was serious about his craft and making a difference in people's lives..."

Losing an officer hits home for every law enforcement agency no matter where it happens but for the USF Police Department, the news is especially tragic. Officer Madsen’s wife, Danyelle Madsen, is an officer for USF Police and has been for the last seven years.

A statement from the USF Police Department said, “We are assisting Danyelle by working with USF Human Resources to ensure she receives the employee benefits and support needed during this tragic loss.”

Several other state leaders and law enforcement agencies also expressed their condolences for Officer Madsen and his family.

Madsen is the 32nd Tampa police officer to die in the line of duty.

The crash is still under investigation.