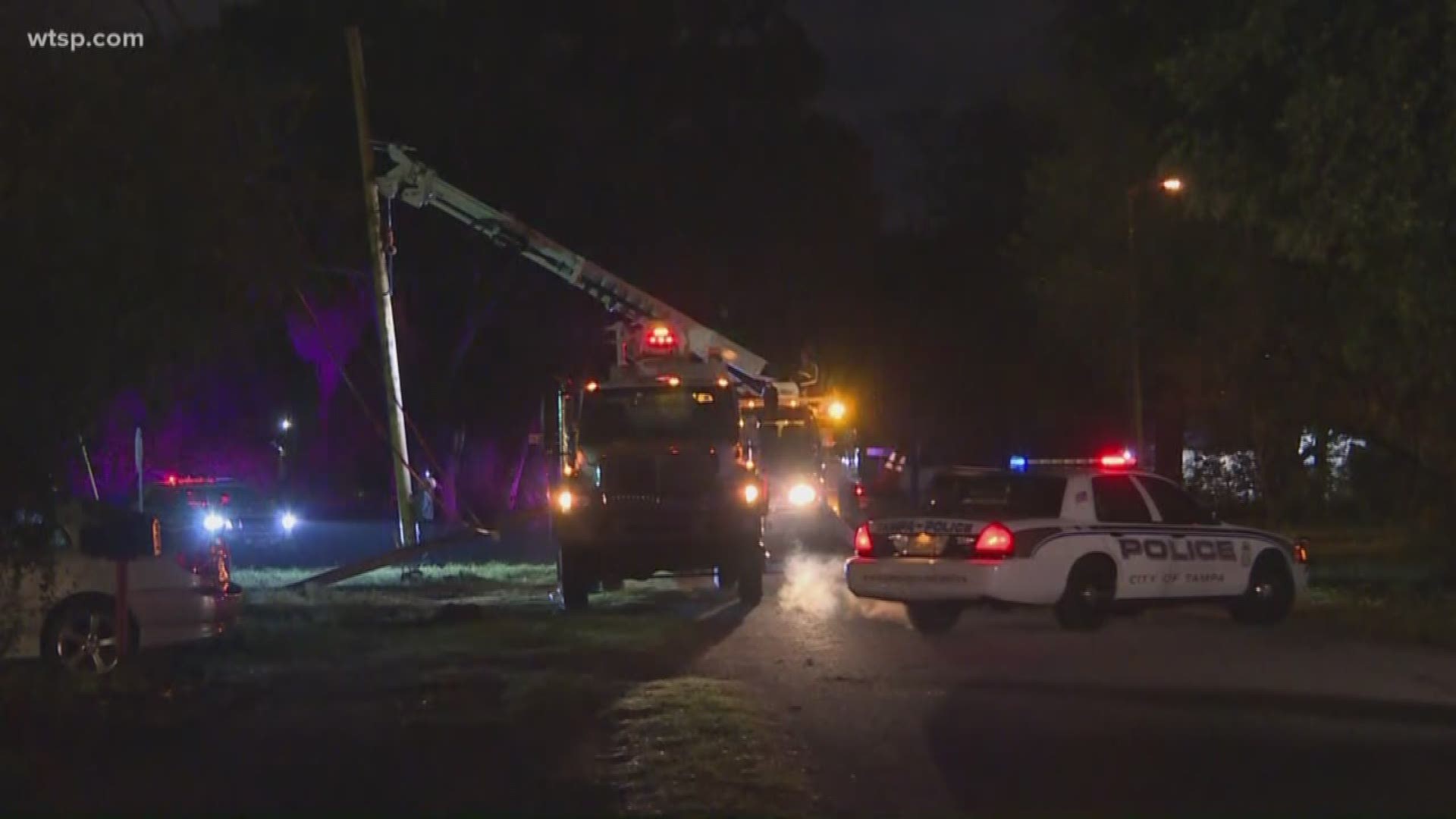 TAMPA, Fla. — A man wanted in connection with an armed robbery is now in the hospital in critical condition.

Late Tuesday night, police learned he was in the area near Tampa International Airport. Plain-clothed police officers in unmarked cars found him leaving airport property. Officers deployed stop sticks that flattened one tire on the Lexus he was driving. Police say he kept driving. Officers laid down more stop sticks on Hillsborough Avenue near Armenia, flattening another tire and officers say he kept driving.

Police say when Hill reached 42nd Street and East Idlewild Avenue, he started to drive aggressively and a chase began -- lasting only a few seconds before the Lexus hit a pole.

Hill did not get out of the car, even after multiple commands to do so by police.

Officers approached the car and found Hill with an apparent self-inflicted gunshot wound.

He was taken to the hospital where he is in critical condition.