The program is scheduled to run from February 2019 through the rest of the year. 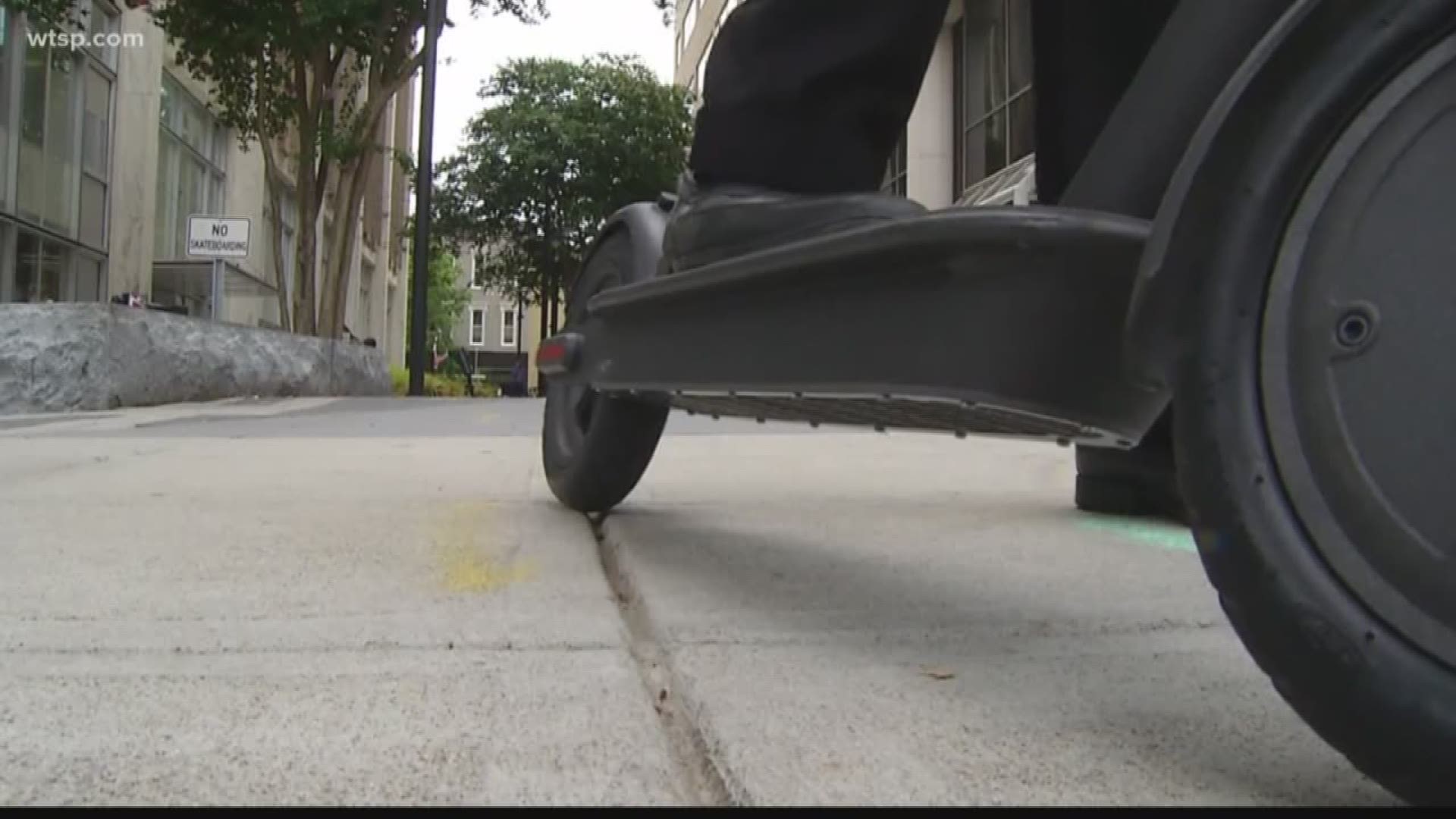 The city of Tampa is accepting applications for a dockless motorized scooter pilot program set to begin at the start of next year.

About 1,800 scooters are expected to be available to the public in February, according to Tampa Director of Transportation Jean Duncan.

The premise is easy: People can rent the electric scooters for about $1, plus the 10-15 cents per minute to use. The start-up companies rely on people who roam the streets looking to charge the scooters at night for $5-$20 per scooter.

Duncan said the reason the city isn’t starting the pilot program sooner was due to the congestion caused by Gasparilla, which is one of the country’s largest parades held each year in January. She also said the city has asked for vendors to paint areas within the right-of-way to mark where to properly park the scooters.

The city plans for the scooters to be available just south of Dr. Martin Luther King Jr. Boulevard between about Armenia Avenue and North 40th Street, Duncan said.

“Motorized scooters are currently not allowed in the streets, bike lanes or sidewalks,” Duncan said. “We’re going to change our [city] ordinance to allow our motor scooters on our sidewalks.”

Despite motorized scooter programs causing problems in other cities, Duncan said it’s best to get ahead because, in other cities, companies have ignored the usual procedures of getting city approval to begin operations.

“Let’s be proactive, try to manage the best we can,” Duncan said. “We believe the Florida statute will change.”

Similar programs are offered in Coral Gables and Gainesville. Duncan said she thinks Florida’s warm climate is a draw for companies offering motorized scooters despite existing the existing state law that greatly limits where the scooters can legally be ridden.

If the Florida law is changed, Duncan said she suspected other cities in the region would offer similar dockless motorized scooter programs.

Duncan said “at least six vendors” have expressed interest in Tampa’s pilot program. The city will choose three vendors for the pilot program, which will run from February 2019 through the end of the year.

Tampa will not make money from the pilot program, Duncan said. However, the program applications ask for the vendors to put forth a potential revenue-sharing program with the city moving forward.

Duncan said if the pilot program is successful, the city plans to select one vendor.

The pilot program will run in conjunction with the existing Coast Bike Program.

There is a request-for-application meeting for the pilot program is set for 10 a.m. Monday at the Tampa City Council building.