Tampa Bay leaders weigh in on US sanctions on Cuba 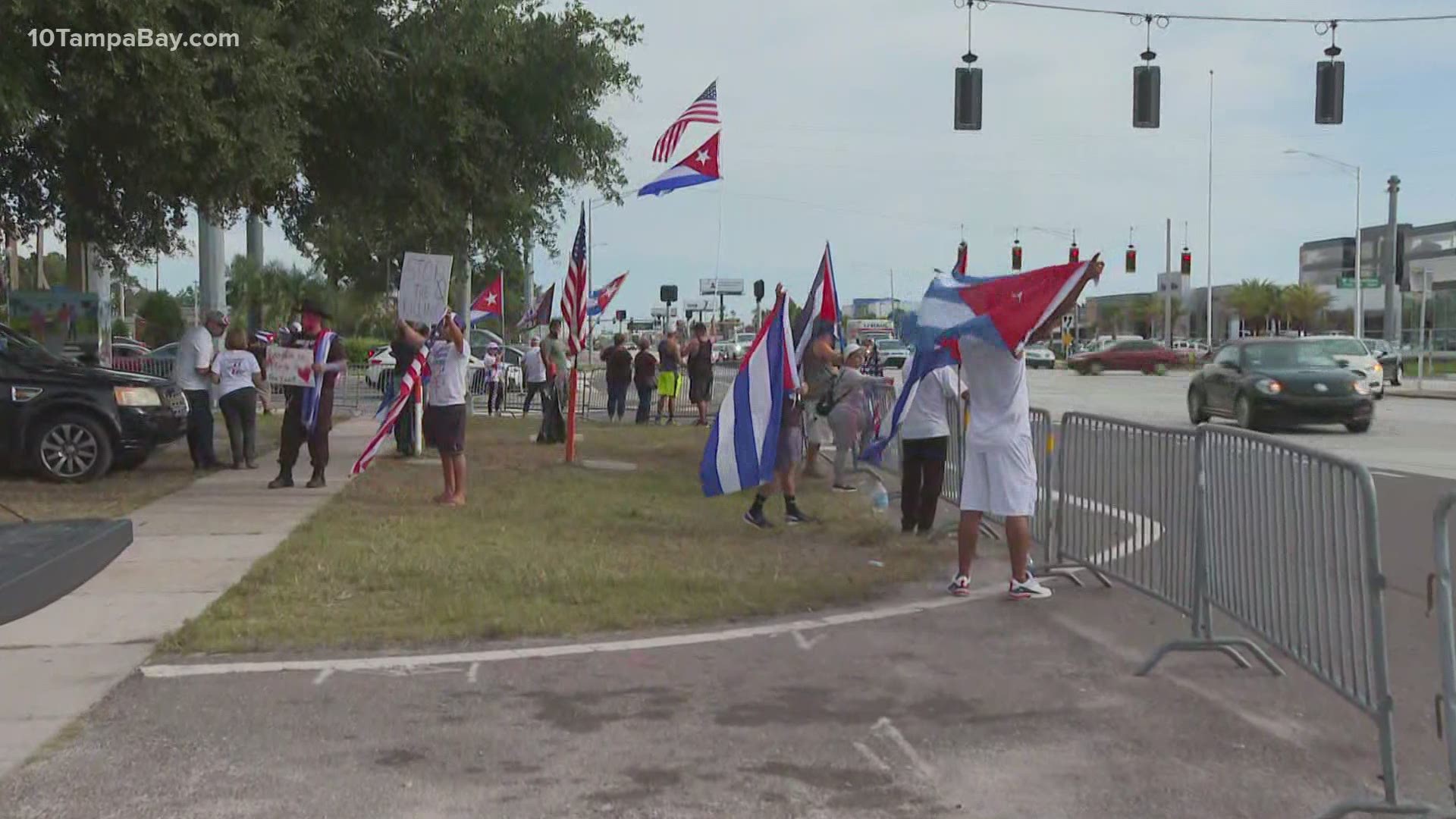 TAMPA, Fla. — Daily demonstrations continue in the Tampa Bay area against the Cuban government. The motivation behind those protests can vary depending on who you ask.

Last week, Tampa City Councillor Luis Viera introduced a now-passed resolution in support of the Cuba protests. He said it is not the U.S. embargo against Cuba that should be the focus, but the totalitarian Cuban government itself.

"Ultimately that's going to be something that is left to our friends in the federal government," he said. "What I support on a personal basis is a peaceful transition of power. There's a lot of different things we can do, but it has got to be peaceful."

In contrast, Al Fox with the Alliance for Responsible Cuba Policy said the United States' role plays a heavy hand in the terrible living conditions Cubans are dealing with.

"Right now, it is horrible," said Fox. "They're rationing water, they're rationing food. They don't have anything because the United States government is strangling them. You cannot legally send any money back to family in Cuba. You can't send them money. To me, that's immoral. America is better than that, we're a greater country than that."

Viera said the protests happening stateside are people using freedoms that do not exist in Cuba.

"The thing that people are dying for and fighting for in the streets in Cuba is what people are doing right now, which is using your voice," said Viera.
"As Americans, we have the tool of the First Amendment, freedom of speech and freedom of expression."

Viera said he would like to see the U.S. engaging with Cuba, but what ails the country is not the U.S. government, but the Cuban government.

"I think, again, we have to put an emphasis on a peaceful transition of power," said Viera. "We need to be active. The U.S. has a very special relationship with the people of Cuba, we always have. Cuban Americans have come here for generations and have contributed so much to our country. That's something that is so very important."

In contrast, Fox said focusing on U.S. policy with Cuba would be a win-win for both countries.

President Joe Biden has stayed quiet about his plans for U.S. relations with Cuba, leaving Americans and Cubans wondering if he will lift travel restrictions and embargos as President Barack Obama did in 2015.