What a feelin’: USF to analyze viewers' biometric data during next Democratic debate

Instead of asking what they think about the candidates, University of South Florida researchers will measure how viewers feel in real-time. 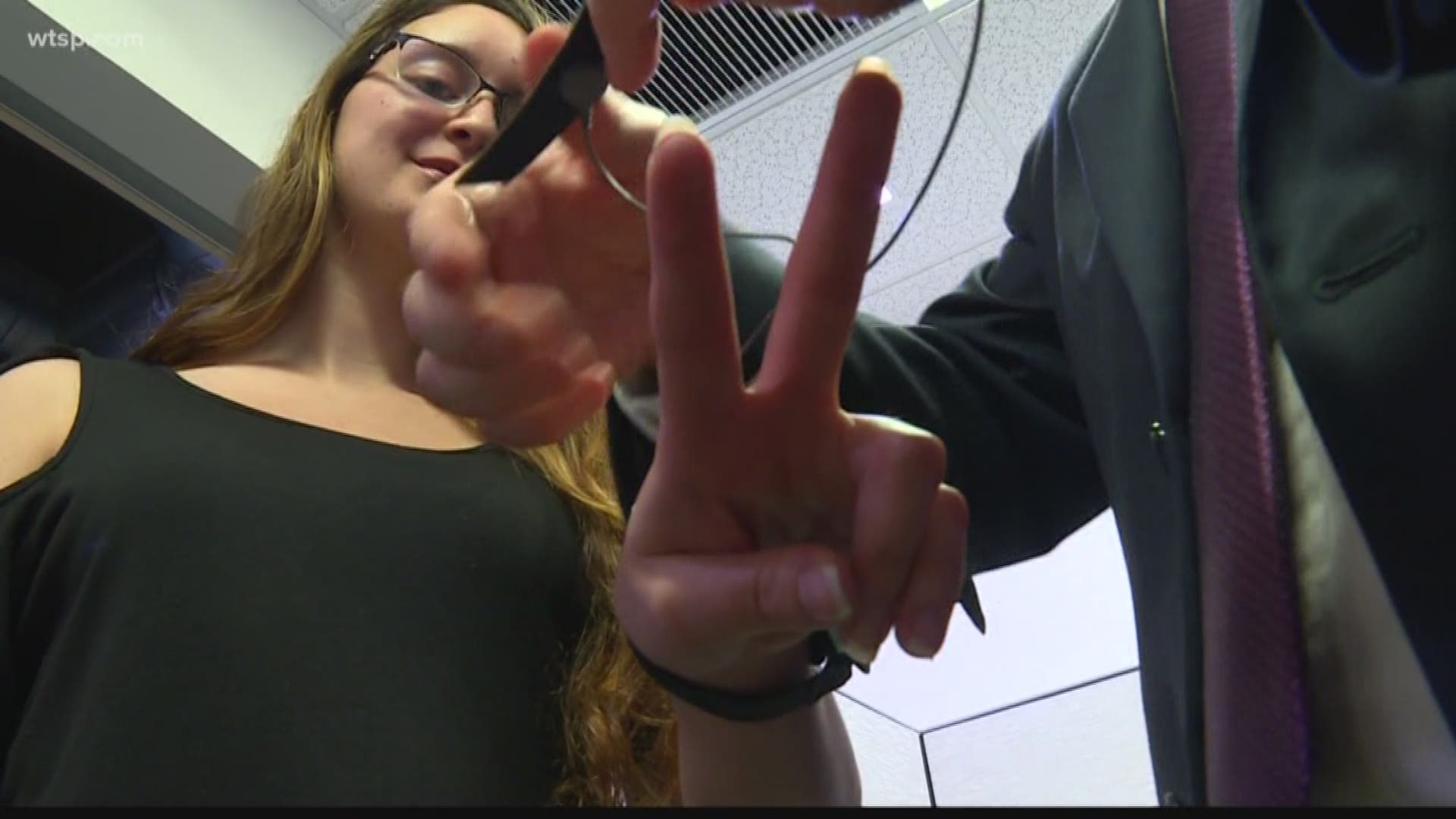 TAMPA, Fla. — There will be no hiding how you really feel about the Democratic candidates for president if you happen to be watching the debate Tuesday evening at the University of South Florida.

More than two dozen people expected to watch at USF’s Muma College of Business will be outfitted with biometric sensors on their fingers. It’s part of a groundbreaking first-of-its-kind experiment that will measure every second of how viewers’ skin responds to what they’re seeing and hearing to get to the heart of how they truly feel.

“When you get excited your hands get a little clammy—that’s an autonomic response from the body meaning that it's outside of our normal control,” said. Dr. Robert Hammond, the director at the Center for Marketing and Sales Innovation.

“So what we'll have then is an opportunity to see what people react to."

The responses will be transmitted into a database. That data will show real-time reactions and be used in more comprehensive analysis that will be available once the debate concludes.

The biometric lab at USF is one of the largest in the world, Hammond said, where researchers not only have the ability to measure skin response, as they’ll do during the debate but track eye movement and facial expressions.

Hammond said the technology has the potential to markedly improve polling in politics because biometric responses aren’t filtered through the brain.

“When you do a survey, we’re getting the perception of how somebody wants to be perceived as opposed to what they feel,” he said.

“We're cutting out the brain part of that and we're getting emotional response directly from the body—and I think when you get ready to vote, you're voting how you feel and so I think we're tapping into another level."

Hammond says he doesn’t think it’s meant as a replacement for polls but a method that can help provide a more complete picture.

The software that will be used Wednesday night, developed by a company called Shimmer, has been used previously to measure reaction during the Super Bowl in 2019 and the Brexit debate in the United Kingdom.

Beyond politics, Hammond says biometric technology can be used to train doctors on better bed-side manner by measuring emotional reactions or help restaurants design better menus by tracking how our eyes read one.