The new facility is set to be four times larger than the current building. 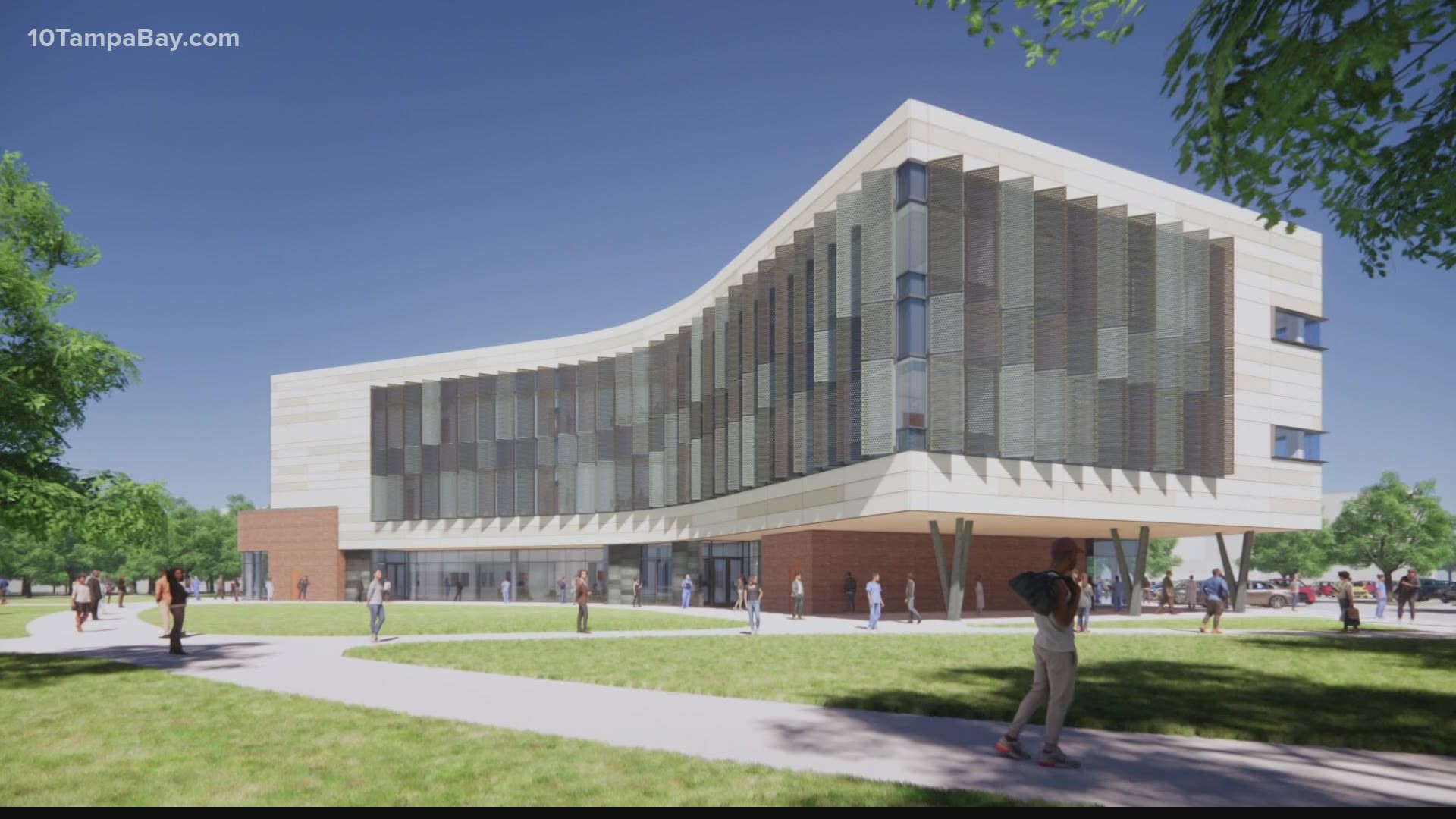 TAMPA, Fla. — Better health is on the way for students at the University of South Florida.

On Tuesday, the university broke ground on a brand new 47,000 square-foot student wellness center that it says reflects the university’s commitment to student health and well-being during their academic careers and beyond.

USF, it says, has simply outgrown its existing health services building, which first opened in 1980. The new facility will be four times larger than the current center.

USF Board of Trustees Chairman Jordan Zimmerman says part of the design is influenced by lessons learned during the pandemic.

“Encouraging healthy living, healthy eating, healthy bodies and of course, healthy minds,” Zimmerman said. “After this year, we know how important all of those are.”

When completed, the new student wellness center will provide general and even urgent medical care.

“It really shows that USF cares about his students and cares about, like - our mental health,” said Tara Rusyn, entering her senior year this coming fall.

Parents and prospective students, touring USF on the same day as the groundbreaking said the idea of that kind of resource on campus could be an important factor in their decision-making.

“I think that’s very important. Especially in light of what these incoming freshmen have been through the last couple of years,” said Kim Urbaniak, whose son is planning to enter college in the fall. “To have mental health resources and health and wellness I think it’s going to be really important to incoming students.”

“It’s kind of scary moving out of the home,” he said, “So, it’s pretty nice to have that here.”

The cost of the project is estimated at $27.4 million, but it’s fully funded by the Capital Improvement Trust Fund, a fee that the university started charging students back in 2015.

The new USF Wellness center is scheduled to open in the fall of 2022.