Brian Simmons felt violated knowing someone was scoping out where his family lives -- and in some cases, taking what wasn't theirs -- so he came up with a plan. 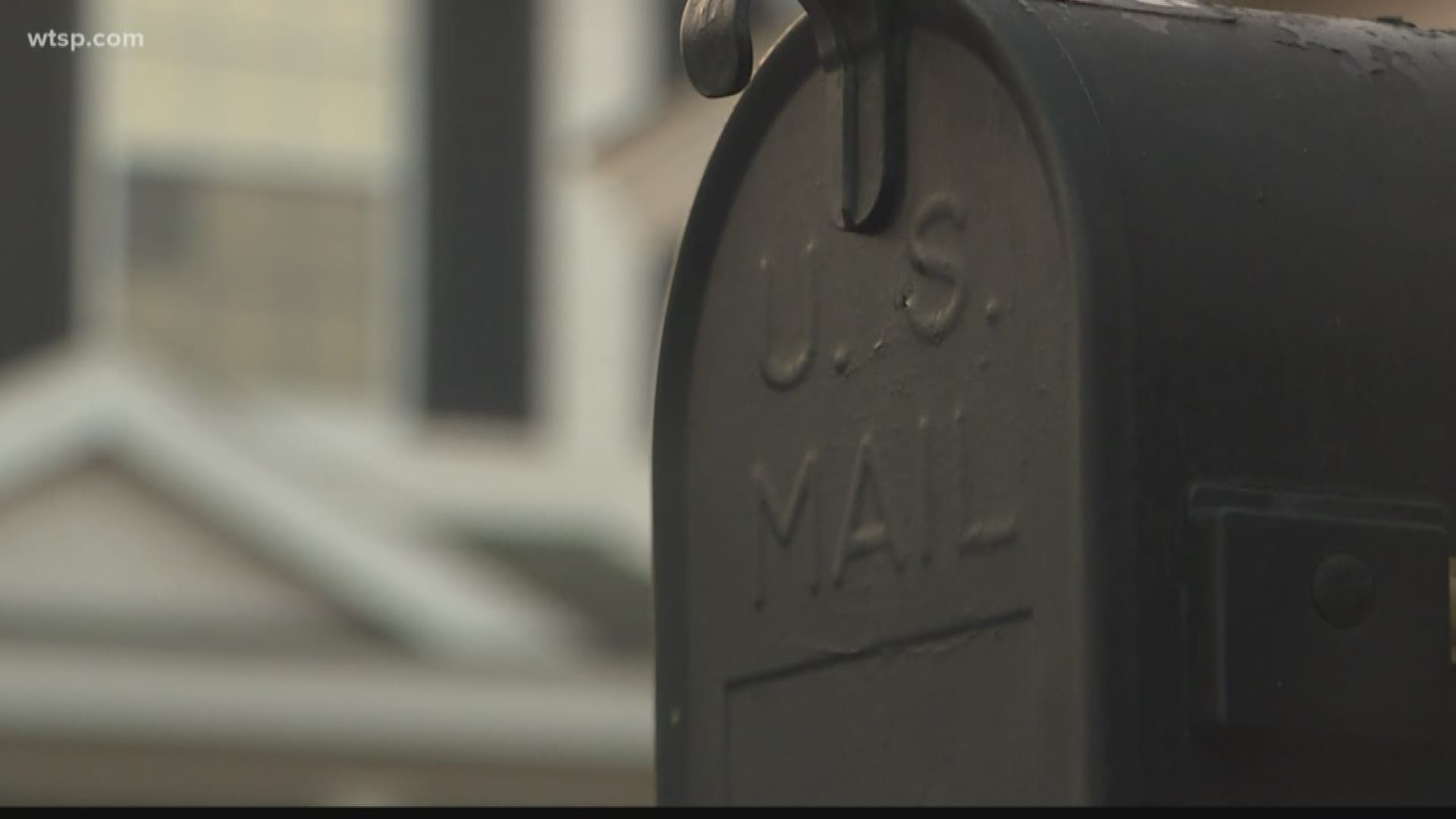 WESTCHASE, Fla. — A neighborhood is watching out for a man they say has been stealing mail from them for months.

"On January 5, when we all woke up and all of our mailboxes were open which is clearly not normal," neighbor Brian Simmons said.

Simmons says that was the first time he and his neighbors caught the alleged mail thief on camera.

"He hit about three days later and then in the following weeks he hit a few more times," Simmons said.

He felt violated knowing someone was scoping out where his family lives and in some cases taking what wasn't theirs.

"We had several people who had W-2's taken and one person reported they had their passport taken as well," Simmons said.

Simmons says police reports were filed and he adjusted his camera to catch him, but seeing whoever did this on his surveillance camera wasn't going to be enough. Simmons knew he had to catch them in the act and immediately thought of a plan.

"I decided to collect a whole bunch of mail that I don't care about and also make a bait package which was an Apple Watch box. I knew that would be too hard to resist for a criminal not to take," Simmons said.

He made it look like a fake tracking device and left a note.

He set up a new camera to record through his garage window. Sure enough, the person took the bait and struck again on Feb. 13.

"We woke up early in the morning and saw all the mailboxes in the neighborhood open. I went and checked the Arlo cam, which gives the notification and sure enough there he was doing his thing. Hopefully, I scared him a little bit thinking that he really was being tracked, but I had pretty decent footage as well," Simmons said.

Now, Simmons is sharing the man's picture hoping someone will know who he is. He reported the alleged thief to the US Postal Service and doesn't want him to hit near his home again.

"Get a job, number one. Try to be an upstanding citizen, and don't take things that don't belong to you! This is a felony," Simmons said.

There are few tips USPS has for you to avoid getting mail stolen:

RELATED: 'I filled up a box full of dog poop': Portland porch pirate gets a stinky surprise