Derrick Keller’s family says he is still in Thailand currently. His family is working to get everything sorted out to figure out what is next. 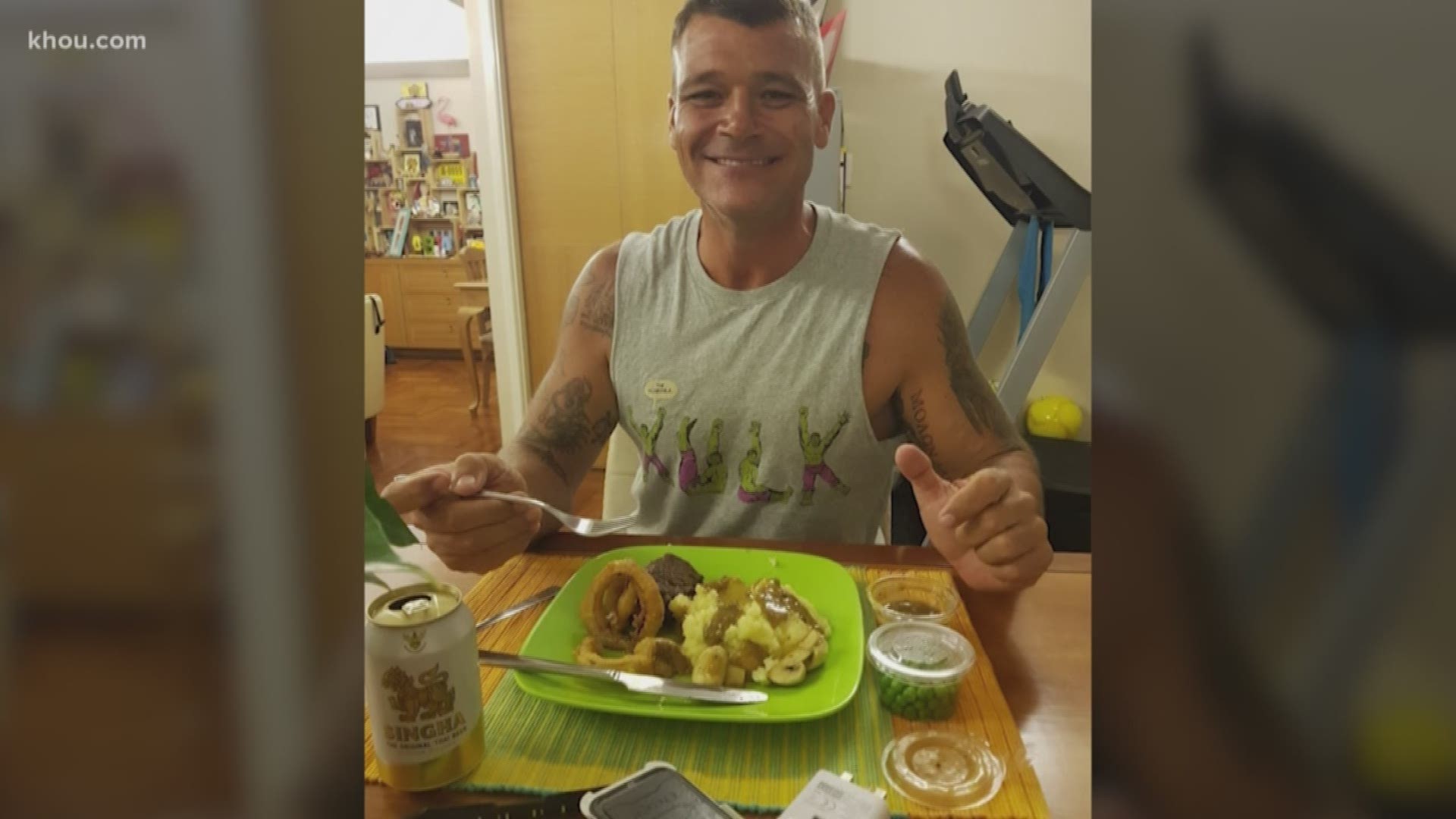 HOUSTON — The US Navy veteran from Richmond, Texas, jailed in a notorious Thai prison has been found not guilty by a judge.

Derrick Keller was facing more than two decades in prison, accused of being part of a Ponzi scheme. But on Monday, after more than 13 months, he walked out of the prison a free man.

It is a day his family feared would never come. They had been advised that Thailand has a 95 percent conviction rate.

“He’d give you the shirt off his back,” his father Dana Keller told KHOU in the June interview.

“He’s easily the best man in my entire life,” his son, Mark, added.

In August 2018, Keller was arrested in the Bangkok airport. He and his wife, Tanya, had just arrived in Thailand for vacation.

Thai media reported his arrest and claimed he was the mastermind of a Ponzi scheme which defrauded investors of millions of dollars.

The Kellers say he was only an actor in the company’s corporate videos which were made well before the company was under investigation.

Tanya Keller said the ones she heard back from said there wasn’t not much they could do to help get Derrick released.

“They just won’t listen, and I don’t understand,” said Tanya during an August interview. “I do not understand why.”

The Kellers then reached out to KHOU, hoping media attention could help Derrick Keller’s case gain momentum; however, they still prepared for the worst.

“Thailand has a 95 percent conviction rate so it’s highly unlikely that he will get anything less than a guilty,” said Tanya in a previous interview.

On Monday, the family learned that Keller beat the odds. A lone judge found him innocent and he was released.

Family friends took him to their Thailand home and shared a picture of Keller eating his first full meal as a free man; steak, onion rings and a beer.

Keller is noticeably thinner, losing more than 70lbs during his incarceration. Keller’s family say on Monday, he slept in a bed for the first time in 13 months.

Keller’s next step is to pick up his passport and exit papers from the U.S. Embassy in Bangkok. His family hopes to have him on a plane to Houston within the week.