How to protect and defend yourself in an attack

KVUE spoke with the owner of a local security and investigations service – R. Kent Morrison – about what your plan should look like when danger strikes and what tools you can use to protect yourself. 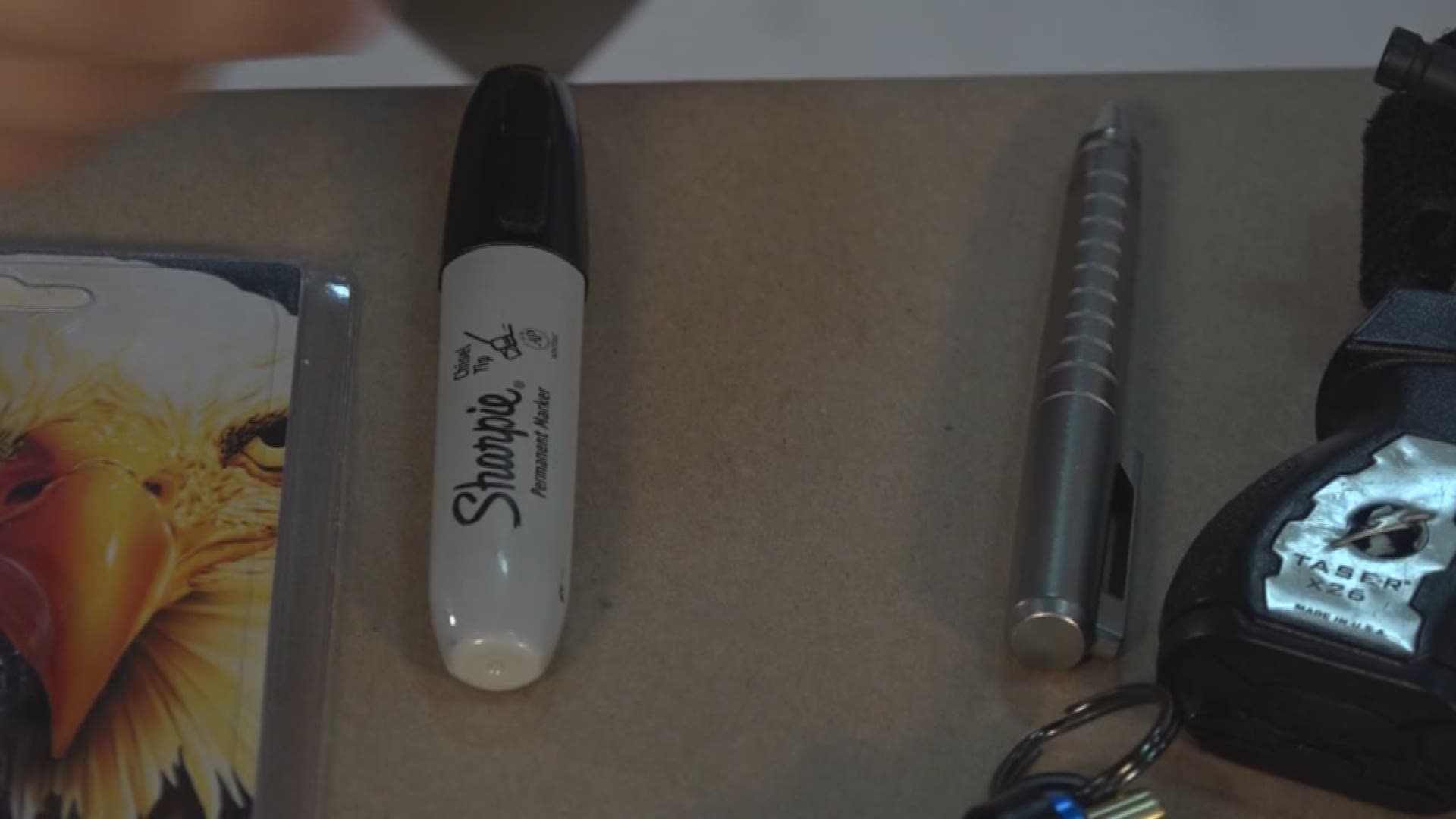 We unfortunately live in a world where we must think about having an escape route when danger strikes.

KVUE spoke with the owner of a local security and investigations service – R. Kent Morrison – about what your plan should look like and what tools you can use to protect yourself.

If someone is physically attacking you – you can use a Taser, pepper spray, or even a heavy pen to fight the person off.

"We teach a technique where you take it in the palm of your hand … and you push it against an attacker's throat … to get them to back off.”

A bright flashlight can also be used to temporarily blind a perpetrator.

“You're going out to your vehicle and you want to look underneath the vehicle,” said Morrison. “You have a real bright light … These are things that if you have nothing else – it makes for a good impact."

However, for the hundreds in Las Vegas shot at and terrorized, protection was nearly impossible.

What people can do on a daily basis is practice situational awareness.

"It is paying attention to the world around you,” Morrison said. “So you recognize potentially bad situations from a greater distance. That gives you more of a chance to react."

Morrison said to make sure you know the locations of exits. And if a shooting happens – run.

"A moving target is harder to hit,” Morrison said.

And if you cannot escape – hide.

"Are there any places that I can truly, truly hide and be safe?” said Morrison. “If I can't escape and if I can't truly hide, how can I fight back?"

Unfortunately, for the victims of the Las Vegas shooting, they could not fight back.

That is why Morrison urges everyone to identify exits. To reduce decision-making time.

Something also important to note is Morrison urges you to have a plan in place … but to also live your life. Don't get locked down in fear.