The space is nearly 70 acres, right next to the east side Beltline. 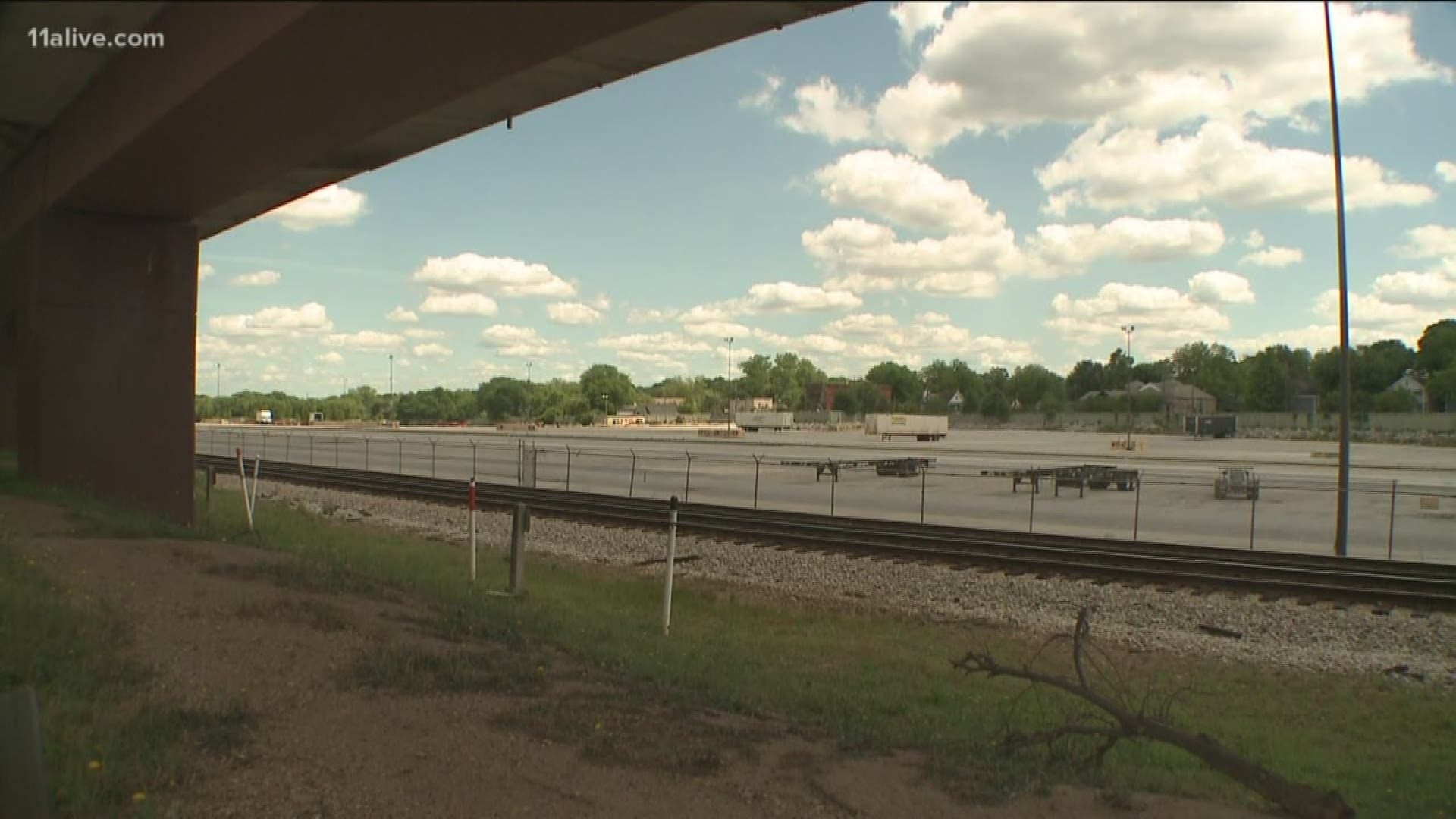 ATLANTA — It is an Intown area that has been speculated on for years: What will happen to the huge rail yard between Old Fourth Ward, Inman Park, Cabbagetown - the hottest addresses around if owner CSX Transportation might decide to sell?

Attentive residents now see the area, The Hulsey Yard, is empty and there have been notifications sent to business that cargo will be sent elsewhere. The Atlanta Business Chronicle reports CSX said the site is not yet shut down, but operations near the DeKalb Avenue location are being "shifted to a newly-expanded and upgraded Fairburn Intermodal Terminal."

“Our immediate plans are to safely secure the Hulsey terminal as we determine the best use for the property,” Sheriee Bowman, a spokesperson for the company, said in an email to the Chronicle.

Neighbors, though, aren't waiting for developers to come clamoring with proposals. They're taking matters into their own hands and have raised $30,000 of a $50,000 goal for a Hulsey Plan and are planning on holding public meetings.

Although CSX hasn’t made any plans, the increasing traffic and escalating property values in the area have to contribute.

The area is not unlike Atlantic Station 25 years ago - a very hot property that will take lots of time and money to clean up environmentally, but what this will mean to the city is immeasurable.

The space is nearly 70 acres, right next to the east side Beltline. It’s about 40 percent of Piedmont Park's size, and estimates suggest the property could fetch more than $100 million.

You can stop by this week and meet with the planners. They’ll be on hand to take your feedback: