A bill that would have held hotels accountable for turning a blind eye to sex trafficking mysteriously died just before the session ended. 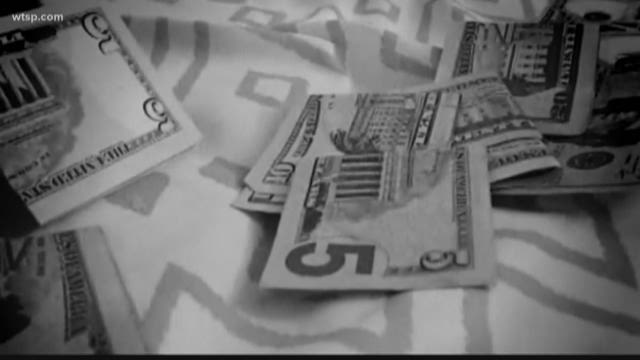 TALLAHASSEE, Fla. -- A bill that would have held hotels accountable for turning a blind eye to sex trafficking mysteriously died just before the session ended.

Advocates against human trafficking spent last week scrambling to get Florida lawmakers to reconsider Senate Bill 1044 that would allow victims to file civil suits against establishments that allowed them to be trafficked.

Savannah Parvu shared her testimony in Tallahassee over the last several weeks. She was sold for sex in central Florida from the time she was 11-years-old. Parvu said her trafficker was her mom's drug dealer and he would take her to a hotel and have multiple men come in and out. There were even times Parvu's trafficker would arrange with the hotel staff to open up the door to let people in.

"I didn't even have shoes so I was walking down the hall with no shoes on, I had bruises on me, I was bleeding, crying and they didn't say anything. They didn't try to help me," said Parvu.

Now, at 30-years-old, Parvu is a survivor leading a charge to help victims. She's been fighting for the bill that would help victims of sex trafficking. The bill would require training for hotel staffs so they can spot human trafficking and alert authorities.

The proposed law was on the fast track to pass until suddenly, it was mysteriously postponed. Last week, attorneys and survivors gathered in Tampa demanding lawmakers reconsider this bill. Despite advocacy efforts and last minute political maneuvering ,the bill died and some say Florida's powerful hotel industry is to blame.

"Unfortunately we can only assume that the bill was stalled as a result of politics as usual and lobbying. We know that Disney is the leader and epicenter of Florida's hotel and lodging industry and we have yet to hear from them as to their position on this bill," said Karina Perez, a human trafficking attorney based in Tampa.

Only after the law died, Disney sent 10News this statement:

Since 2010, we have taken a very clear public position in support of human rights and opposing human trafficking. We would be supportive of legislation that enacts appropriate measures to address this problem. In addition, we continue to work closely with law enforcement and organizations like the National Center for Missing and Exploited Children.

Human traffickers often rely on legitimate businesses to sustain their operations and unfortunately, hotels and lodging are one of the venues that traffickers use to exploit their victims. The Florida Restaurant and Lodging Association is deeply committed to working with stakeholder and lawmakers to ensure the safety and security of our hotel employees and guests. The hospitality industry is eager to continue collaboration with our state and local community partners to find meaningful solutions to eradicate this horrible crime. During the legislative process, FRLA supported proposed changes that would safeguard the owner and/or operator from liability and unfounded lawsuits only if they do not have any knowledge that human trafficking is occurring on the property and; if a mandatory training is already being implemented. Although numerous causes of action already exist with regard to victims of human trafficking, including causes of action that would apply to a hotel that “turns a blind eye” to the activity, the industry was willing to create a new cause of action with reasonable parameters and undertake the cost of mandatory human trafficking training, of which some of our members already do voluntarily. With 113 million visitors coming to our state each year, Florida’s hospitality industry must serve as a leader in the fight to combat human trafficking and it is critical that our industry continues to raise awareness through education and training.