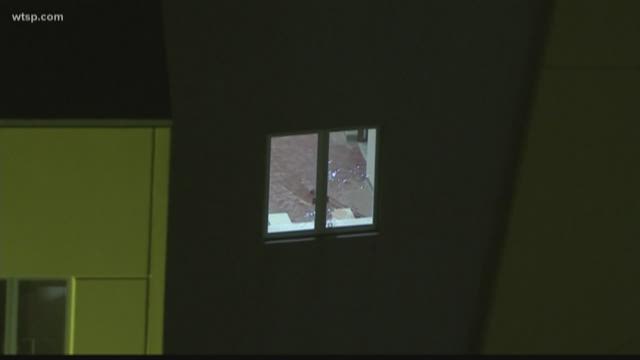 TAMPA, Fla. -- 10News found that some schools in the Tampa Bay area are equipped with hurricane-proof windows, but it usually depends on when the school was built.

While new information continues to emerge about exactly what happened at Marjory Stoneman Douglas High School in Parkland, one of the most alarming revelations is that investigators believe the shooter intended to kill a lot more people.

If it hadn't been for hurricane-proof windows, more students could be dead. Windows meant to protect a building from Mother Nature saved students from a sniper-style killer.

Investigators believe Nikolas Cruz went up to the third floor of the freshman building attempting to create a sniper's nest. Investigators say Cruz shot 16 rounds into a window in hopes of shooting down onto students fleeing the building in the courtyard.

That hurricane window, however, would not break. According to CBS News, investigators believe Cruz attempted to reload his gun but it got jammed.

Only then did Cruz allegedly drop the rifle, leaving 180 rounds of ammunition behind, to blend in with students and escape unnoticed.

This prompted 10News to see if schools in the Tampa Bay area have hurricane-proof windows. Here's the information we obtained:

Hillsborough County: Schools built after 1994 have hurricane-proof windows plus some others that have been renovated.

10News requested this information from other school districts as well and will continue to ask questions and stay on top of this.