A New Albany man says a tin he bought at auction contained about 20 letters, many with pandemic parallels from a century ago. 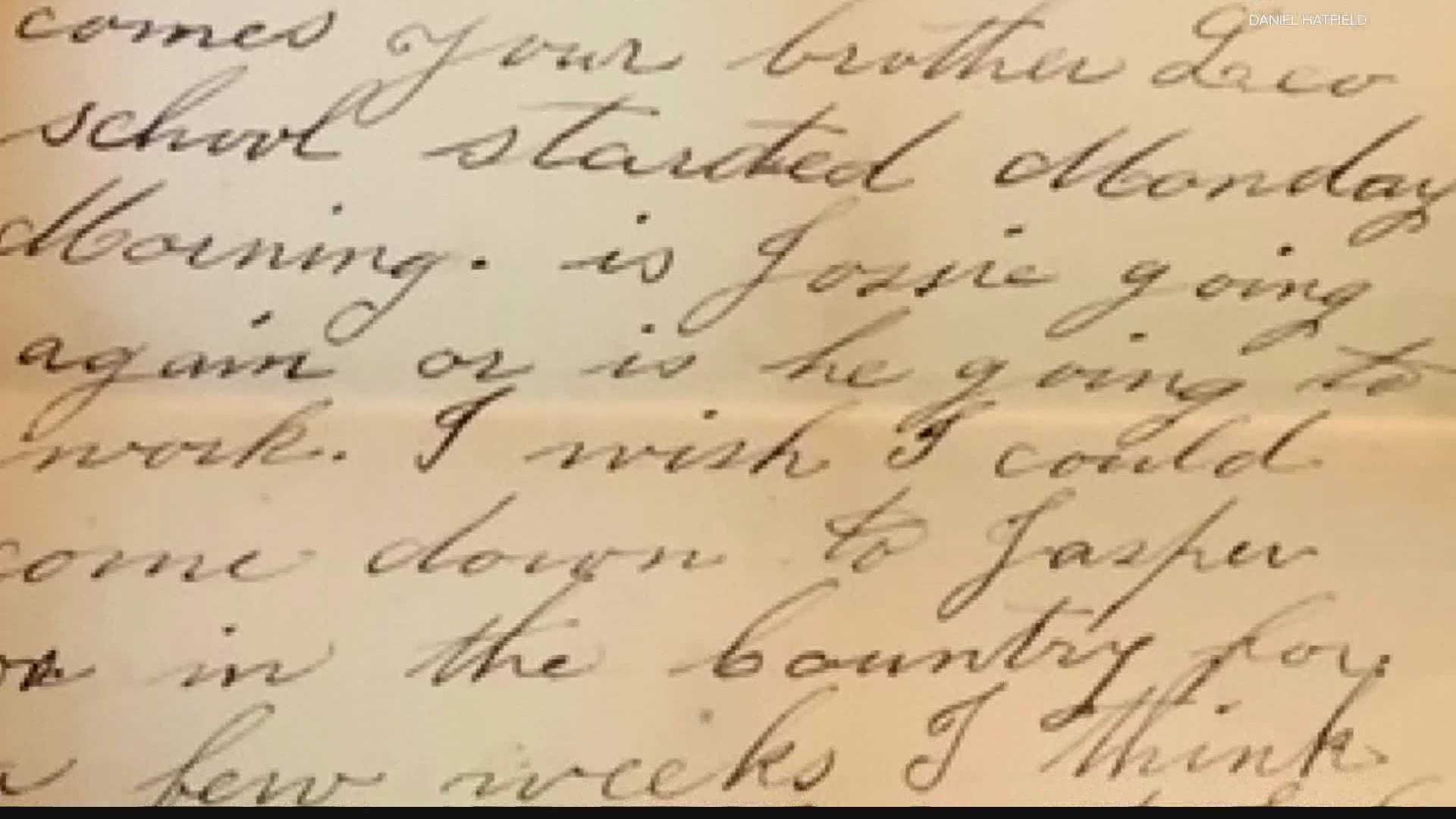 NEW ALBANY, Ind. — An antiques collector in southern Indiana made a surprising find recently in something he'd bought at auction: century-old letters that share a striking connection to our lives today.

Daniel Hatfield has always had a thing for nostalgia, collecting the sights and sounds of history through antiques, especially classic radios.

"I feel like every antique, every item has a story," Hatfield said. "So I know that if these stories, these antiques are in my possession, they'll be taken care of and that story, it'll live on because that piece is there."

But the story he discovered inside an old chocolate tin has taken on unexpected significance in 2020.

The tin contained about 20 letters, many with pandemic parallels from a century ago.

"It was just a collection of items in a box that I won at auction," Hatfield explained. "I just thought I was getting some old letters that would just be fun to read and see how life was. In 2013, when I bought them, I had no idea there was a pandemic on the horizon for us that would bring so much irony to it."

Hatfield didn't read all of the letters when he first bought them seven years ago.

But while cleaning out his garage recently, he took a closer look.

"I just decided to read them and found that they were written to a Private Frank Schneider and there were letters in there from his sister, someone who it seems like was maybe a love interest and then a friend of his," Hatfield said.

Schneider, according to the letters, was a soldier from New Albany, Indiana, stationed at Camp Sherman in Ohio in 1918.

"There's a letter from I believe his sister that mentions that 'hope you're OK. We heard that you had the flu'. One guy mentioned that he had to get tested before he could ship off to the service. One letter specifically talks about the 'picture shows' and churches hopefully will be open this weekend. A couple lines down, it mentioned the Spanish Flu. So then the connection came in to... oh they're in quarantine and everything's closed," Hatfield said. "I was almost speechless because it's so relevant, like I felt there was a connection between me and Private Schneider and his family and friends there because I know exactly what they were going through 102 years ago."

Now, Hatfield hopes to make another connection from this unexpected find: Private Schneider's family, so he can share century-old memories that now feel like modern life.

"I would love to figure out a way to see if he had any descendants who are still surviving and return these letters to them," Hatfield said. "And if I could somehow get these letters in their hands, they can have this memory from 100 years ago. It would mean a lot to bring them connection."

Hatfield and others have already done a little research and he says a search on Ancestry.com showed Private Schneider may have had relatives in the Evansville area, but he's still hoping to find definitive descendants.