Ireland Nugent's message for your family

Palm Harbor, FL – Her story broke your heart.  Ireland Nugent was two years old when her father accidentally ran over her as he mowed the lawn.  She lost both of her legs.  Now, 5-year-old Ireland is joining a dozen other children to share an important message. 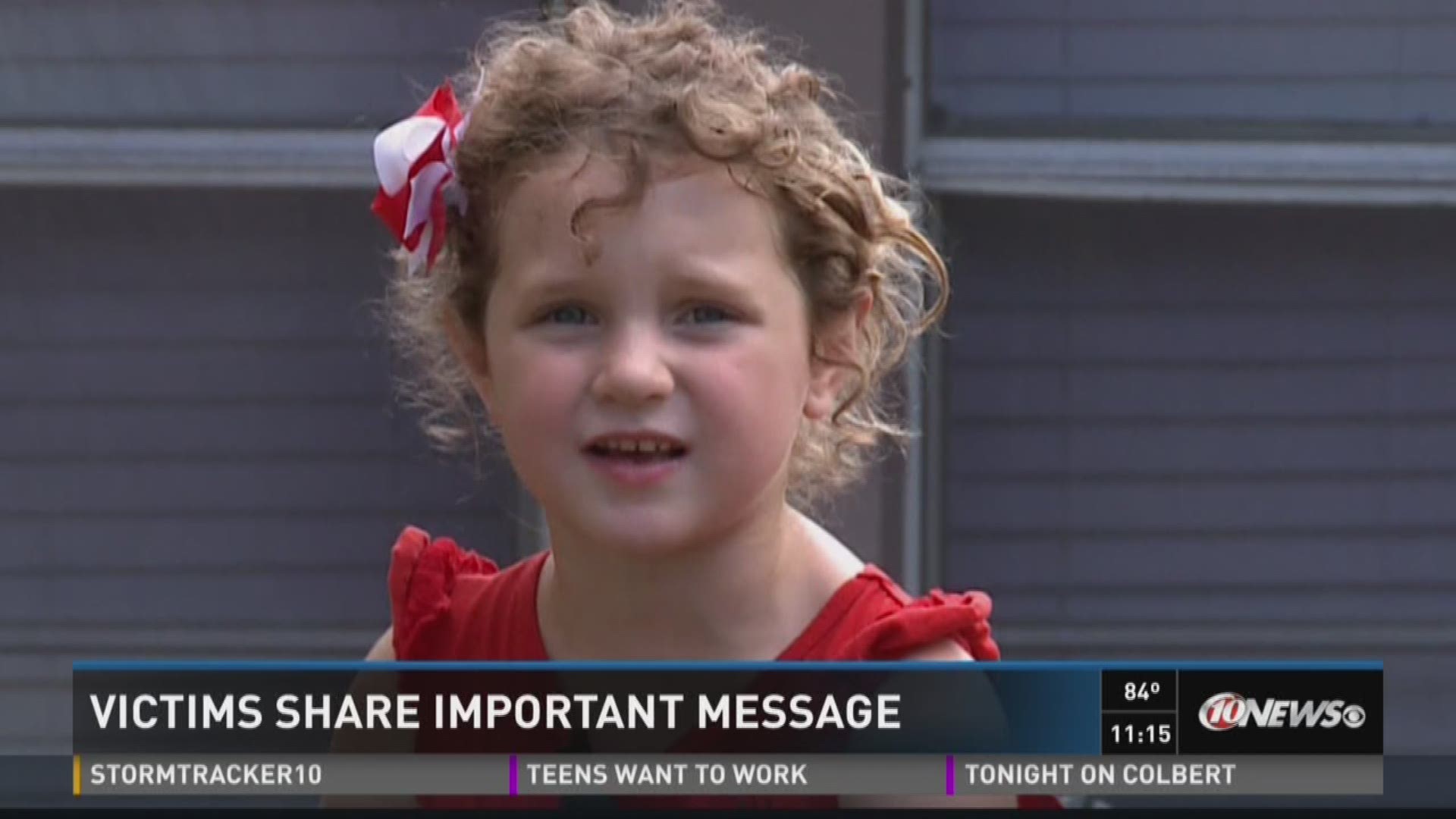 Palm Harbor, FL – Her story broke your heart. Ireland Nugent was two years old when her father accidentally ran over her as he mowed the lawn. She lost both of her legs. Now, 5-year-old Ireland is joining a dozen other children to share an important message.

They want parents to know to keep children inside when mowing the lawn.

10News WTSP has followed Ireland since that tragic accident on April 11, 2013.

You’ve shared in her birthdays, her surviv-a-versaries and just last year her first day in kindergarten.

“My name is Ireland. I am five years old. I’m a normal person in a normal world. I’m just like other kids,” said Ireland.

As she and her older sister played tag in the front yard of their home, Ireland explained there are a lot of things she can do with prosthetic legs.

Ireland also said there are things she cannot do with her prosthetic legs.

“You can’t do like everything in the world with these. You can’t do jumping jacks,” Ireland explained.

When Ireland says things like that, in only the way a 5-year-old can, is when you realize just how different her life is.

Ireland has been through 13 surgeries, numerous pairs of prosthetic legs and learning a new normal.

She showed us that even when she falls, it doesn’t faze her. She gets right back up and keeps running.

Ireland doesn’t remember the horrific accident that changed her life on April 11, 2013, but she’s matter-of-fact about what happened.

“My dad runned me over by a lawnmower. I have prosthetics and that's it,” she said.

Ireland, her family and hundreds of other families are the painful proof that lawnmower accidents happen every single day.

“It changes your life. I never want to see this happen to anybody, anytime, anywhere because our lives are forever changed,” Ireland’s mom, Nicole Nugent, said.

The Nugents are part of a new public safety awareness campaign with the nonprofit, Limbs Matter. The PSA features 13 families from 10 states with a child who was injured by a lawnmower.

The small group represents the overwhelming statistics. These families represent the 17,000 children hurt each year by lawnmowers. They symbolize the 800 children run over by riding mowers every year and the more than 600 who become amputees according to the U.S. Consumer Product Safety Commission.

“These things can happen in an instant. All of these parents were very careful and it still happened to us,” Nicole Nugent told us.

The message is simple but life-changing: Keep your kids inside when mowing the lawn.

“Never ever, ever, first of all, let your kids out in the lawn,” she said.

As her body grows, Ireland will face more surgeries throughout her life, but says she wanted to share her story with the nation so no other child experiences this.

“Because they might get hurt by lawnmowers and I don’t want that,” Ireland said.