Before the tragedy, she used to question how a parent could ever forget their child. 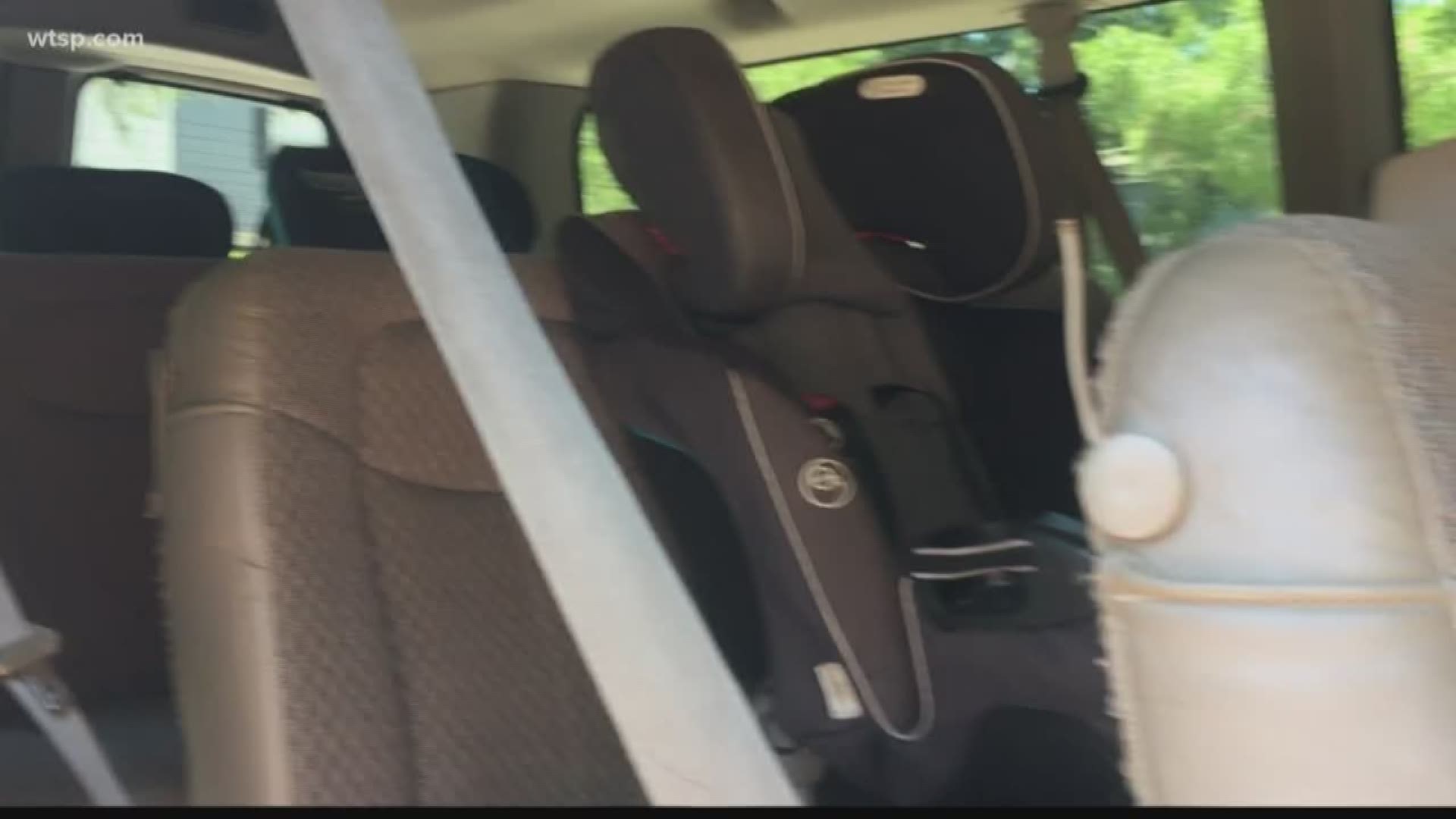 The owner of a daycare in Jacksonville, Florida was arrested after a baby was left alone for hours in a day care van.

That child died and she became the third hot car death in Florida this year.

We cover hot car deaths too often, but we almost never hear from the parents who lived the nightmare.

Vanessa Goolsby decided to bravely share her story on the three year anniversary of her daughter's death.

Micayle Goolsby died in a hot car in South Florida in 2016. She was just two weeks shy of her first birthday.

Vanessa Goolsby's husband was supposed to drop the baby off that morning, which was out of their usual routine. The father forgot and Micayle sat in that sweltering car for eight hours before anyone realized what happened.

"I'm as guilty as everyone else out there who is a parent. I always said how does that happen to people? How can you forget that your child, the thing you love the most is in the car? It can happen to anyone," Goolsby said through tears.

Goolsby said the ordeal destroyed her family, but she forgave her husband, knowing it was a tragic accident.

Incidents like this don't just happen to families. Sometimes caregivers are responsible for safely transporting children.

The law in Florida requires daycares to keep a transportation log. The driver must record the time of pick-up and drop-off plus a sign off after a visual sweep of the vehicle.

Khris Hutchinson, Director of Academy to Success in Tampa writes the mileage and the time when she picks a child up and drops them off. After she does a check of the van, another employee does a sweep just to make sure no one is left behind.

"Never once did we have anybody left on the vans because it is a good system, but you got to work the system," said Hutchinson.

So far this year, eight children have died and the summer hasn't even started.

On average, a child dies once every nine days because they are left in a hot car.

These statistics are according to KidsAndCars.org

Hot car deaths are a preventable disaster and caregivers need to be extra vigilant. Forgetting a child may sound unlikely, but with all the workload of parenting, it’s a more common threat than you might think.

Use these easy tips keep your child safe:

KidsAndCars.org believes the solution to these preventable tragedies is a combination of education and technology. Click here for some simple tips parents and caregivers can follow to prevent heatstroke tragedies.