This is the fourth week in a row that Fonda has been arrested for her climate change protest efforts. 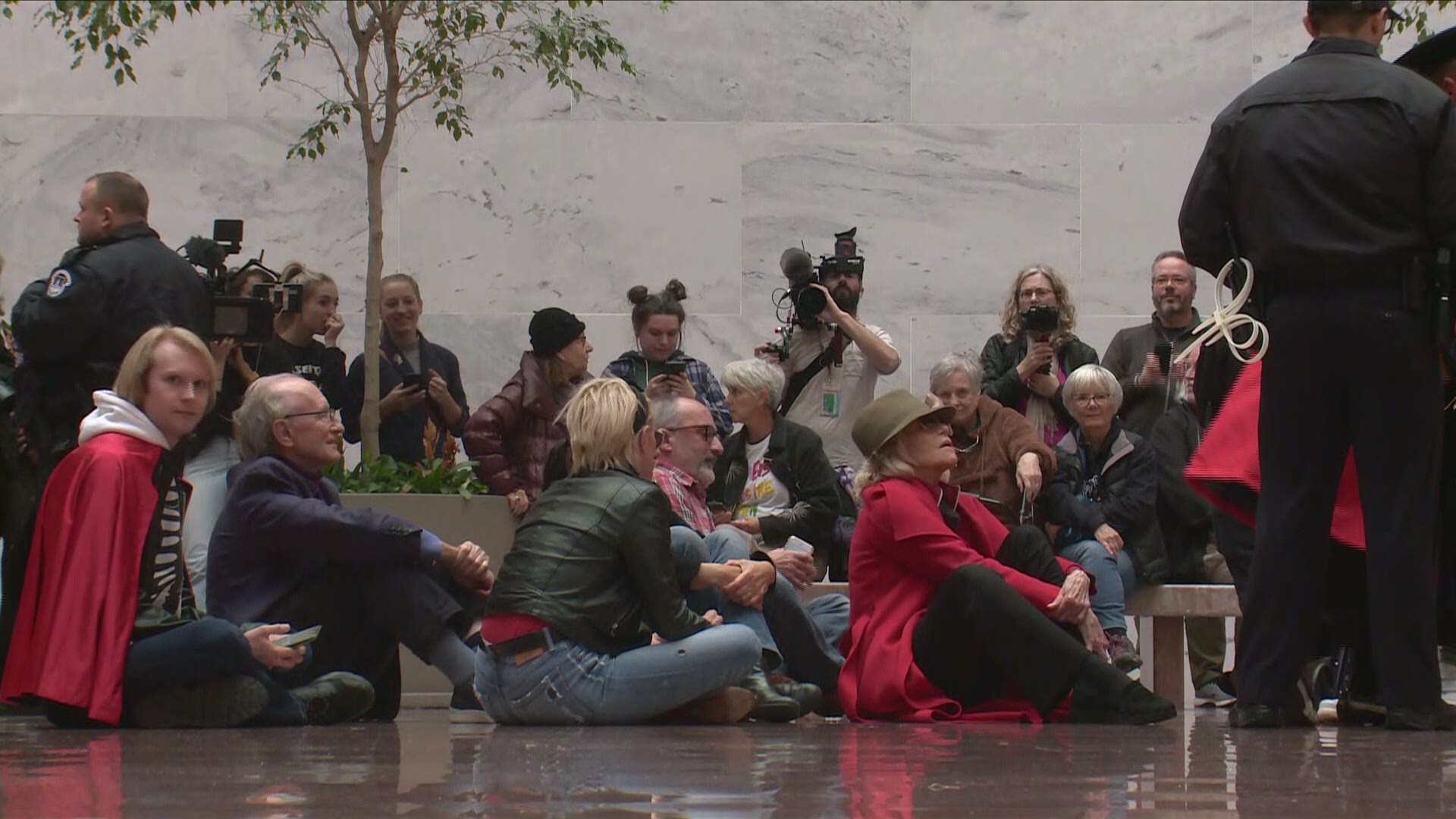 This is the fourth week in a row that Fonda has been arrested for her climate change efforts. Her last three protests have been outside the U.S. Capitol, where it’s a misdemeanor violation for protesters to block the entrance.

This week, instead of being arrested outside of the U.S. Capitol building, Fonda and climate change protesters went into the Hart Senate office building, where they sat on the floor and sang "We Shall Not Be Moved" and "This Land Is Your Land."

Catherine Keener, who starred in Jordan Peele's horror movie Get Out, was arrested with Fonda and Will and Grace star Rosanna Arquette.

Fonda said that she plans on being arrested in D.C.  "every Friday, rain or shine" to bring awareness to climate change.

Credit: WUSA9
This is the second time Fonda has been arrested in the District.

RELATED: Jane Fonda and Ted Danson arrested while protesting in front of the U.S. Capitol Building