Officer Madsen was a husband and father of three. 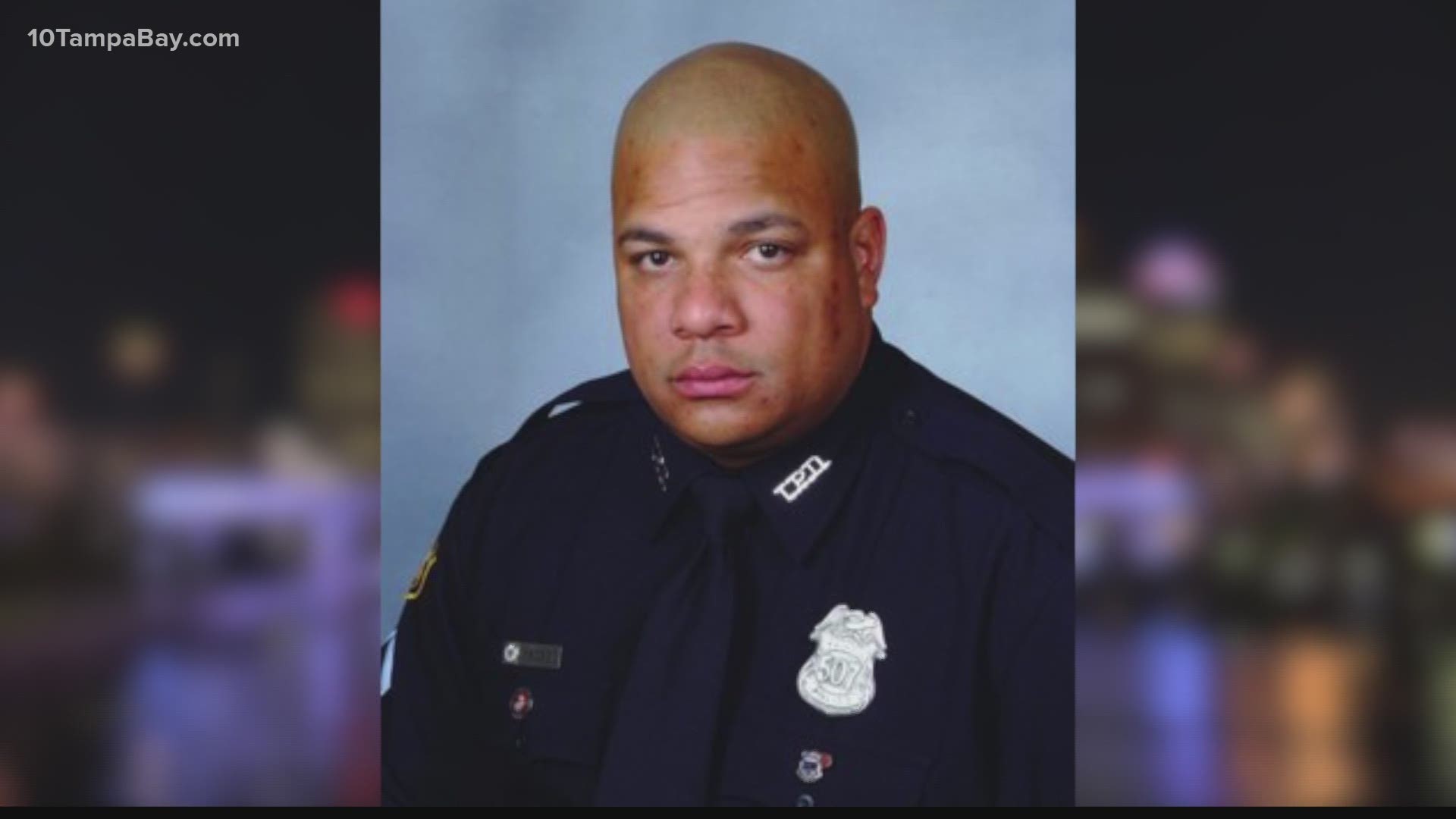 There was much more to the hero behind the badge.

Madsen was a husband and father of three. He was a combat military veteran who served in the United States Marines and United States Army. His career spanned from 1994 to 2012.

He served three combat tours and was seriously wounded in an IED attack during one deployment.

“Three. And he was blown up, survived combat, battled back. Three wonderful kids. That's your definition of a hero. Pure and simple,” said Mark Van Trees, director of Support the Troops.

Van Trees said it was clear that Jesse wanted his children to know the importance of serving others and would often bring his son Carter with him to volunteer at Support the Troops.

The non-profit based in Wesley Chapel packs and ships care packages to the forward operating bases in Afghanistan.

While serving on the front lines, Madsen told Van Trees he received them and it “was like Christmas.”

“He said he wanted Carter to, you know, pay it forward and understand what it’s like so he brought him up. They came up numerous times to pack boxes. I will miss him,” he said.

In November of 2020, Officer Madsen was there as Tampa’s Gold Star Families were honored with a new Gold Star Family Monument in Tampa. Each family has lost a military loved one in service to this country. His job was to escort World War II veteran and Medal of Honor recipient Woody Williams.

Williams and his foundation work to install Gold Star Family Monuments in cities across the United States.

The 97-year-old said Madsen made an impression that only a Marine can.

“Jesse had that, that same ingredient [Medal of Honor recipients do], whatever we call it, we can call it courage. We can call it dedication. We call it a commitment to life. There's many things that we can call up. But not everybody has it,” he said.

While Madsen survived the combat tours, the IED explosion that left him wounded, he always came home from his military service.

Here at home in Tampa, he made the ultimate sacrifice in the line of duty to stop a wrong-way driver and save lives. In turn, his family paid the ultimate price.

“A hero is remembered, they live on when they are remembered.  So, obviously, we will remember Jesse, you know, forever,” said Van Trees.

The funeral service for Officer Madsen is scheduled for Tuesday, March 16.

Anyone looking to help Officer Madsen's family can do so here.