Johnchuck threw his 5-year-old daughter, Phoebe, off the Dick Misener Bridge in January 2015. 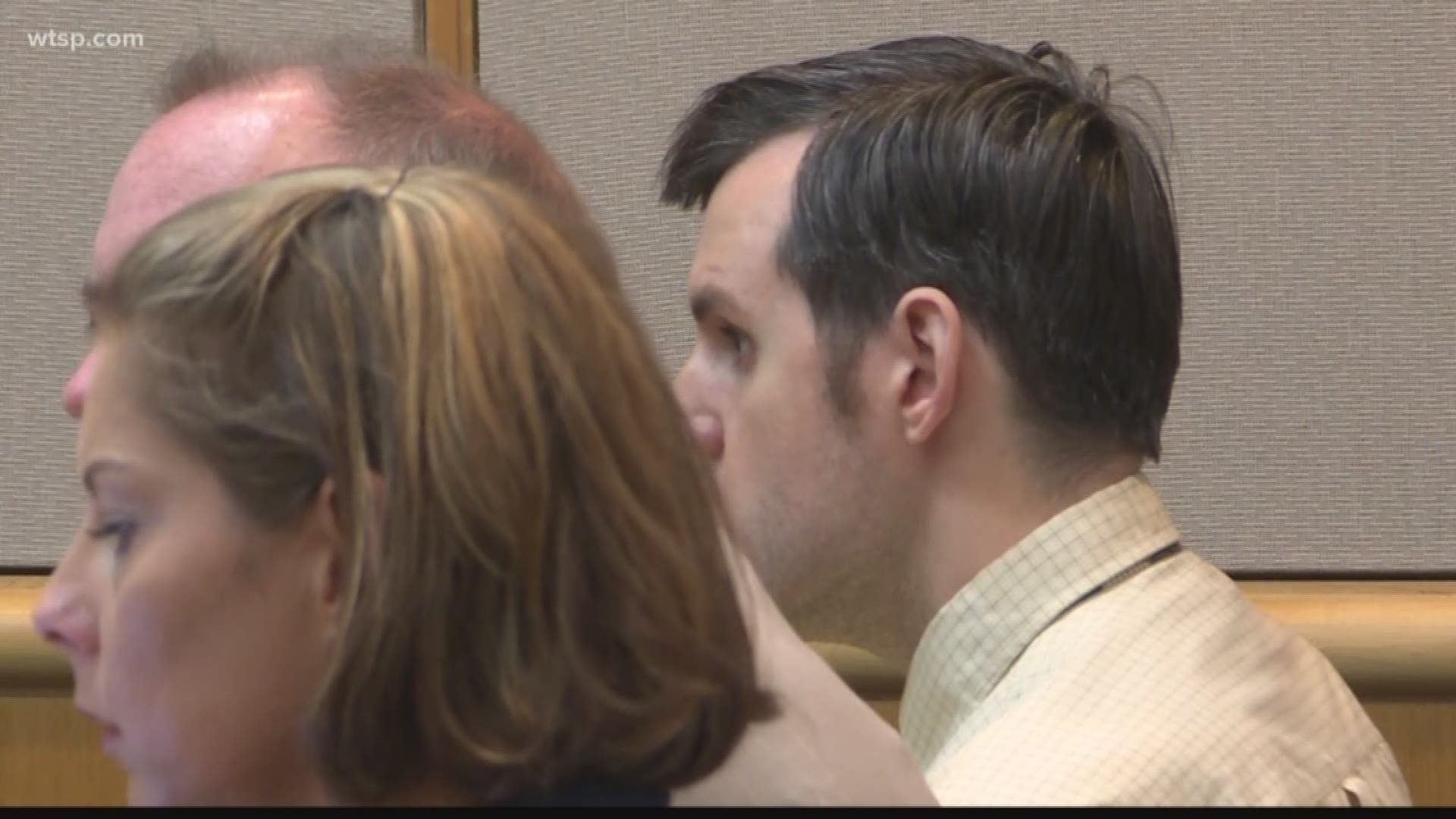 Helinger made her decision based on the evaluations from two different psychologists and told the court, "The undisputed evidence from the two experts is that he is competent to stand trial.”

The trial had ended abruptly Tuesday when the judge ordered he should be re-examined by a doctor after Jonchuck's lawyers expressed concerns he was hallucinating.

Jonchuck threw his 5-year-old daughter, Phoebe, off the Dick Misener Bridge in January 2015. The defense is still pushing for an insanity plea. The prosecution, however, has been arguing he is not insane but was instead jealous over Phoebe's mom and her new boyfriend.

RELATED: Four years after he threw his daughter off a bridge, John Jonchuck's murder trial begins

Dr. Richard Cipriano, a court-appointed psychologist took the stand Wednesday afternoon to explain the results from his mental evaluation of Jonchuck earlier in the day.

Cipriano said he believes Jonchuck has a full understanding of what’s going on around him and he met the criteria doctors use to determine if someone is competent.

“I had asked him what he was charged with, he told me first-degree murder. I asked him if he could explain the allegation. He told me it’s alleged he killed his daughter, Phoebe. I asked how that happened? How she passed? He said drowning”, Cipriano told the court.

Last week, the defense put psychologist, Dr. Scot Machlus on the stand who believes Jonchuck was insane when he killed his daughter. However, Tuesday, during cross-examination, the prosecution pointed out a statement the psychologist had disregarded during his investigation.

According to a police report, when Jonchuck was 12-years-old, the prosecution said Jonchuck told a friend “if he ever gets in trouble one day, he would blame insanity.” During the redirect, the defense pointed out that 12-year-olds often say “stupid things” and this statement doesn’t indicate anything about Jonchuck’s mental state when he killed his daughter years later.

On Friday, Michele Jonchuck detailed her son’s bizarre behavior just two hours before he killed Phoebe. Michele Jonchuck said her son was sleeping with a huge Bible the evening before Phoebe's death, but her granddaughter Phoebe was acting normally.

Court was dismissed just before 5 p.m. Wednesday. The trial will resume at 9 a.m. Thursday.