CLEARWATER, Fla. — Jury selection is underway in the trial of Michael Drejka.

Drejka is charged with manslaughter for shooting and killing Markeis McGlockton on July 19, 2018.

The case is expected to draw national interest.

Britany Jacobs was parked in a handicap spot with her 3-year-old and 4-month-old while her boyfriend and their 5-year-old son went into the Circle A Food Store on Sunset Point Road that afternoon in Clearwater, Fla.

Michael Drejka, a regular customer at the convenience store, confronted Jacobs for being parked in a reserved spot. She claims he began yelling and telling her to move her car.

“He wanted somebody to be angry at," Jacobs told Good Morning America. "He just wanted someone to fight him."

At that point, Markeis McGlockton and the couple's 5-year-old son walked back outside, and McGlockton noticed the ongoing confrontation. McGlockton walked over and shoved Drejka to the ground. According to Jacobs, he told Drejka to back away from her. Seconds later, Drejka pulled out a pistol and shot McGlockton once in the chest.

McGlockton collapsed in front of his 5-year-old. He died at the hospital.

In an interview with the Pinellas County Sheriff's Office, Drejka claimed McGlockton was stepping toward him when Drejka fired the gun. But, according to autopsy and investigative documents obtained by 10News, McGlockton was backing up and turning away at the time he was shot. 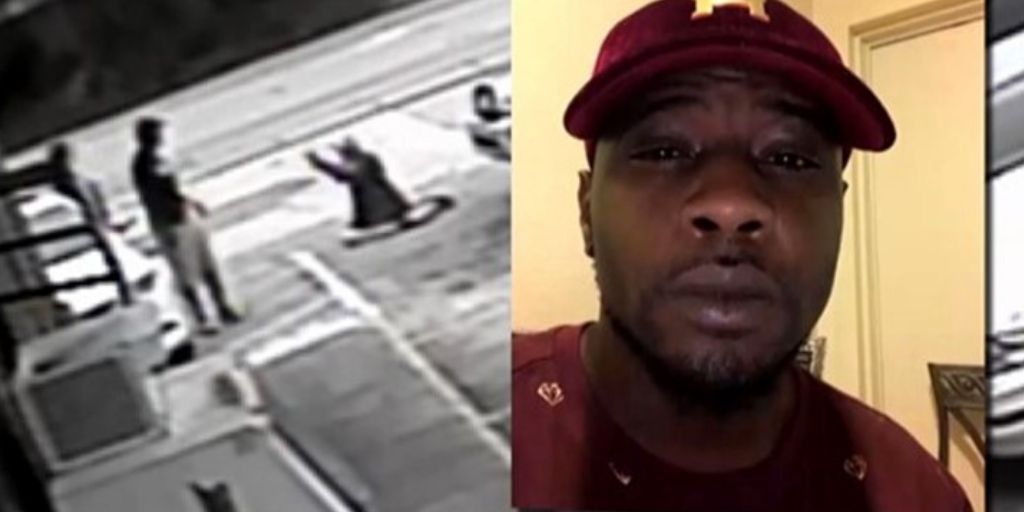 The Michael Drejka Trial
The trial for Michael Drejka is underway. Drejka is facing manslaughter charges for killing Markeis McGlockton. At first, Drejka used the "stand your ground law" in his defense. In June, he decided not to use the law as immunity to avoid prosecution

"Stand your ground" isn't a legal defense. Instead, it's a form of immunity.

That means if someone successfully convinced a judge in a court hearing that he was standing his ground, he could avoid trial altogether. Someone could also be immune from arrest, too, which is what Gualtieri said while defending his decision not to arrest Drejka.

Some state lawmakers, county commissioners, and even outspoken Rev. Al Sharpton took issue with that decision.

RELATED: Rev. Al Sharpton during Clearwater rally: Lock up Michael Drejka or give up your badge

Amid the outcry, prosecutors were already reviewing the case. Based on the evidence they saw, prosecutors decided to step in and pursue legal action against Drejka. On Aug. 13, 2018, the state attorney announced Drejka was being charged with manslaughter.

Drejka was booked into the Pinellas County Jail, where bond was set at $100,000. He pleaded not guilty.

"I support the state attorney's decision and will have no further comment as the case continues to work its way through the criminal justice system," Gualtieri said at the time.

In an interview with 10News, Drejka's wife said she'd been harassed and threatened since the shooting. Her effort to raise money for his legal defense was rejected by a popular crowdsourcing website.

In the video below, hear what Britany Jacobs had to say about the shooting.

Nobody predicted the turmoil that followed. In October 2018, one of Drejka's defense lawyers -- Lysa Clifton -- was removed from the case after Drejka claimed she solicited him in jail. A few months later, the lead detective on the case was fired after authorities claim he showed up to an unrelated homicide investigation under the influence of alcohol. In March, another member of Drejka's defense team, lawyer John Trevena, was arrested and charged with domestic violence.

In June, 10News learned Drejka would not attempt to use the "stand your ground" immunity to avoid prosecution and would instead go straight to trial. Drejka's lawyers declined to comment on why they made that decision.

“There is very little chance knowing what the judge knows that the judge will end this case by dismissing it pursuant to the immunity hearing,” O’Mara said. “So, there’s no reason to risk anything. Certainly not putting a client on the stand. I would go directly to trial.”

With "stand your ground" immunity out of the question, Drejka's lawyers say they will mount a standard self-defense argument when the trial begins.