In their opening statements, prosecutors outlined the accusations leveled by each of the women Winslow is charged with raping or exposing himself to. 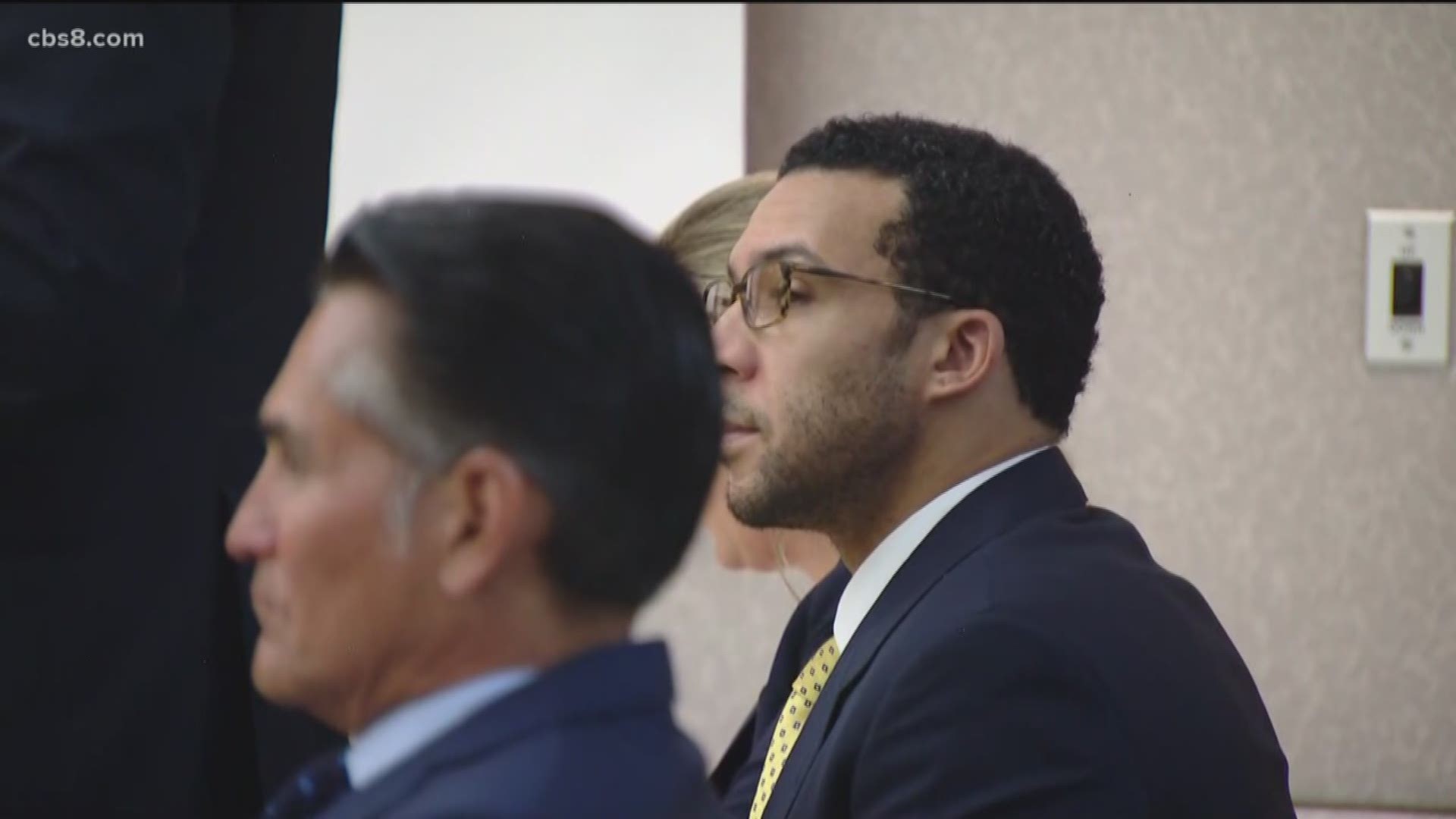 SAN DIEGO — Content Warning: The subject of this story is graphic in nature and it may be disturbing to some readers.

As Kellen Winslow II’s trial got underway Monday many details were given into each of the allegations against the formal NFL player. Winslow, 35, the son of former San Diego Chargers legend Kellen Winslow, was first charged with raping two women in Encinitas in early 2018, as well as exposing himself to another woman as she was gardening in her front yard. He has since been accused of raping a teenager over 15 years ago and exposing himself to another woman and committing lewd acts in front of her earlier this year.

In their opening statements, prosecutors outlined the accusations leveled by each of the women Winslow is charged with raping, sexually assaulting or exposing himself to. On Monday, his defense attorney refuted the claims saying all the incidents in question were consensual.

The first of Winslow’s alleged victims to come forward was a 54-year-old hitchhiker who prosecutors say got a ride from Winslow on St. Patrick’s Day in 2018. According to her, Winslow was cordial at first as he drove her to an Encinitas shopping center, but his demeanor took a sudden and sinister turn.

“As the defendant's attitude changed, he then told her, ‘I'm going to f---- you and if you say anything, I will kill you,’” said Deputy District Attorney Dan Owens. “She was in survival mode. She did what he told her to do.”

Winslow then forced the woman to perform oral sex on him, according to the prosecution, before he raped her in his vehicle.

“The pain that she felt was so tremendous, that she said she felt herself begin to bleed,” said Owens.

Two months after the March incident, on Mother’s Day 2018, prosecutors say Winslow attacked a 59-year-old homeless woman he had previously befriended. He reportedly offered her a ride to get a cup of coffee, but instead the prosecution says, he attacked her on the side of the road, next to his Hummer.

"The defendant grabbed her neck with both his hands and choked her,” said Owens. “And told her, ‘If you scream, I will kill you.'"

Fifteen years before those alleged attacks, prosecutors say Winslow also raped an unconscious 17-year-old girl at a Scripps Ranch house party, when he was a 19-year-old University of Miami student home for summer break. The victim reportedly came forward after the 2018 allegations were made.

"Her next waking moment was face-down in bed in a bedroom being raped from behind, feeling the force of the defendant inside of her, on top of her,” said Owens.

Accusations of exposing himself to two women in 2018 and 2019

Winslow is also accused of exposing himself to a 77-year-old woman in the hot tub of a Crunch Fitness location in Carlsbad in February of 2019. The woman claims she had two encounters with Winslow that month. Once on Feb. 13 when he is accused of touching himself and asking the woman if she “liked it” and a second time on Feb. 22 when he allegedly got into a hot tub with the woman at the same gym and committed lewd acts on himself.

"With nothing but a towel on, he masturbated next to her - a 77-year-old woman,” said Owens

Bail was revoked following Winslow's arrest in that case, in which he faces misdemeanor charges of lewd conduct, elder abuse and battery of an elder.

In May of 2018, Winslow also allegedly took his pants off in front of a woman attending to her garden in Cardiff.

Winslow was also initially charged with two burglary counts for allegedly breaking into the homes of a 71-year-old and an 86-year-old woman on June 1 and June 7, with prosecutors alleging that he intended to rape both women. A judge reduced both counts to misdemeanor trespassing charges at a preliminary hearing last year.

Winslow's defense attorney Brian Watkins urged the jury not to be persuaded by public opinion.

While Watkins did not deny the sexual acts performed by Winslow - a husband and father - he claims they were all consensual.

"It's wrong, it's immoral, but it is not illegal,” said Watkins.

Watkins also noted the fact that Winslow has been in the public eye since he was young.

"When you're in the spotlight, people want things from you," he said.

Winslow II grew up in San Diego and attended Patrick Henry and Scripps Ranch high schools before heading to the University of Miami. He played for four NFL teams between 2004 and 2013.

Winslow's trial continued Tuesday and is expected to last into the middle of next month at the Vista courthouse. All five women are expected to testify during the trial. Winslow faces life imprisonment if convicted of a dozen felony and misdemeanor charges. His felony charges include rape, kidnapping, forcible oral copulation and sodomy by force.