The memorial grows in the Taylor-Berry neighborhood for KJ who lost his life at the hands of his mother to gun violence. 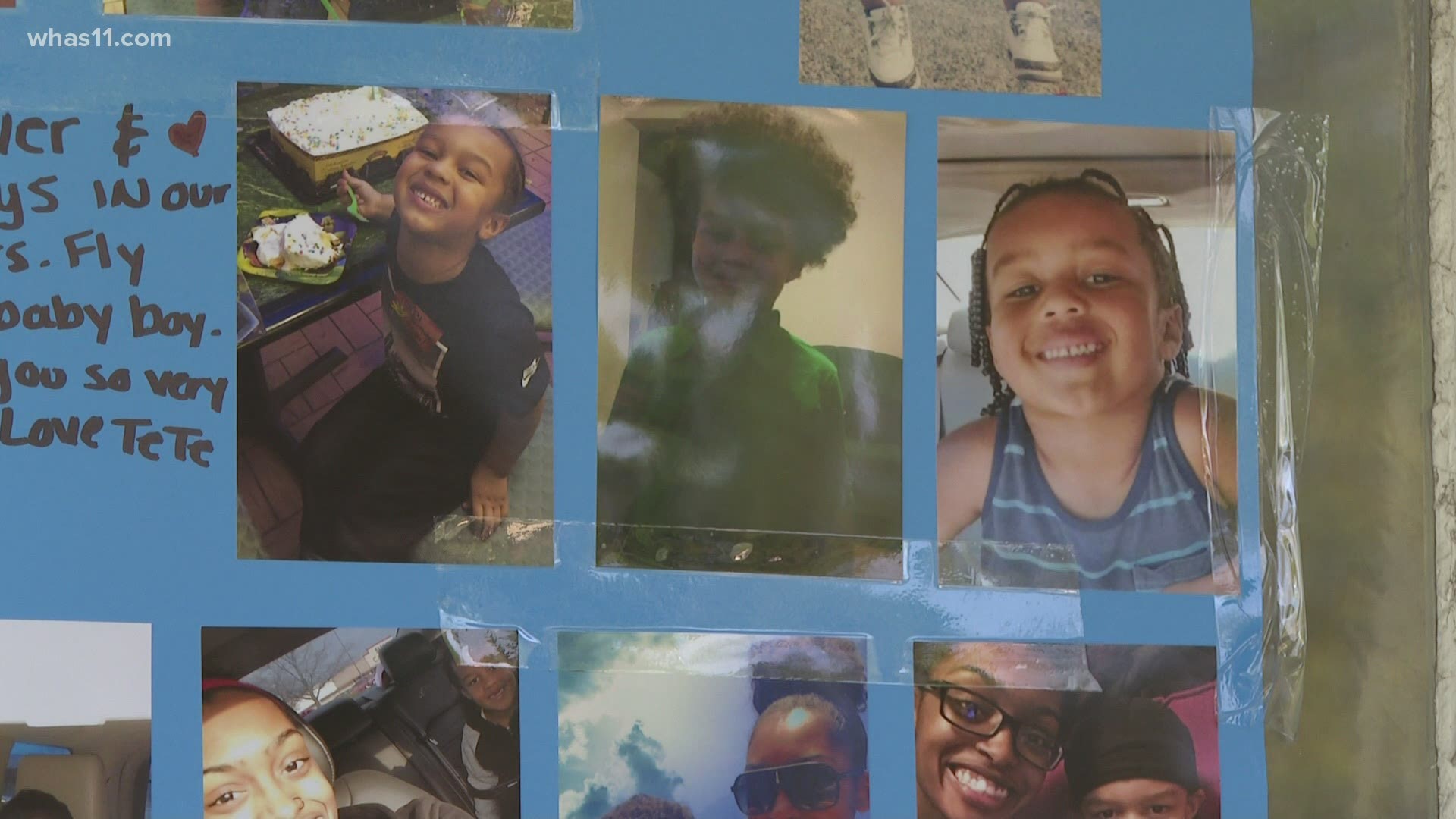 LOUISVILLE, Ky. — Old friends of the family, neighbors and a stranger from across state lines gathered on Algonquin Parkway in the Taylor-Berry neighborhood to pay their respects to 10-year-old Kyan Jr. – also known as KJ.

"He looked like the sweetest little boy and it doesn't matter if I knew him or not, it shouldn't happen," Jessica DeJesus said.  She is a single mother who lives down the street from where KJ was killed.

She met two other mothers, one from Louisville and another from Indiana, at KJ's memorial on Friday.

NeChelle Walker said they were, "Crying and just asking ourselves, 'why can't it be this easy?’” The three planned Sunday's vigil together.

The women now lean on each other as they navigate another loss to gun violence in Louisville.

Walker said it is a support that she hasn't seen online. "The nerve of people to go on social media and to speak on KJ, the love that is pouring out for KJ but in the same sentence y'all speaking hatred out of your heart for Cat."

Cat, or Kaitlyn Higgins, was charged with her son KJ's murder.

She is currently being held on a $500,000 bond at Louisville Metro Corrections.

"Don't put them two in the same sentence. You separate them," Walker said. "If you're going to show love to KJ, drop a teddy bear, ride past, blow your horn, shout out we love you KJ."