Concert pianist inspired to become a nurse, now mesmerizes patients with her music

Nurse Genaida Benson has made a Mayo Clinic atrium her concert hall. 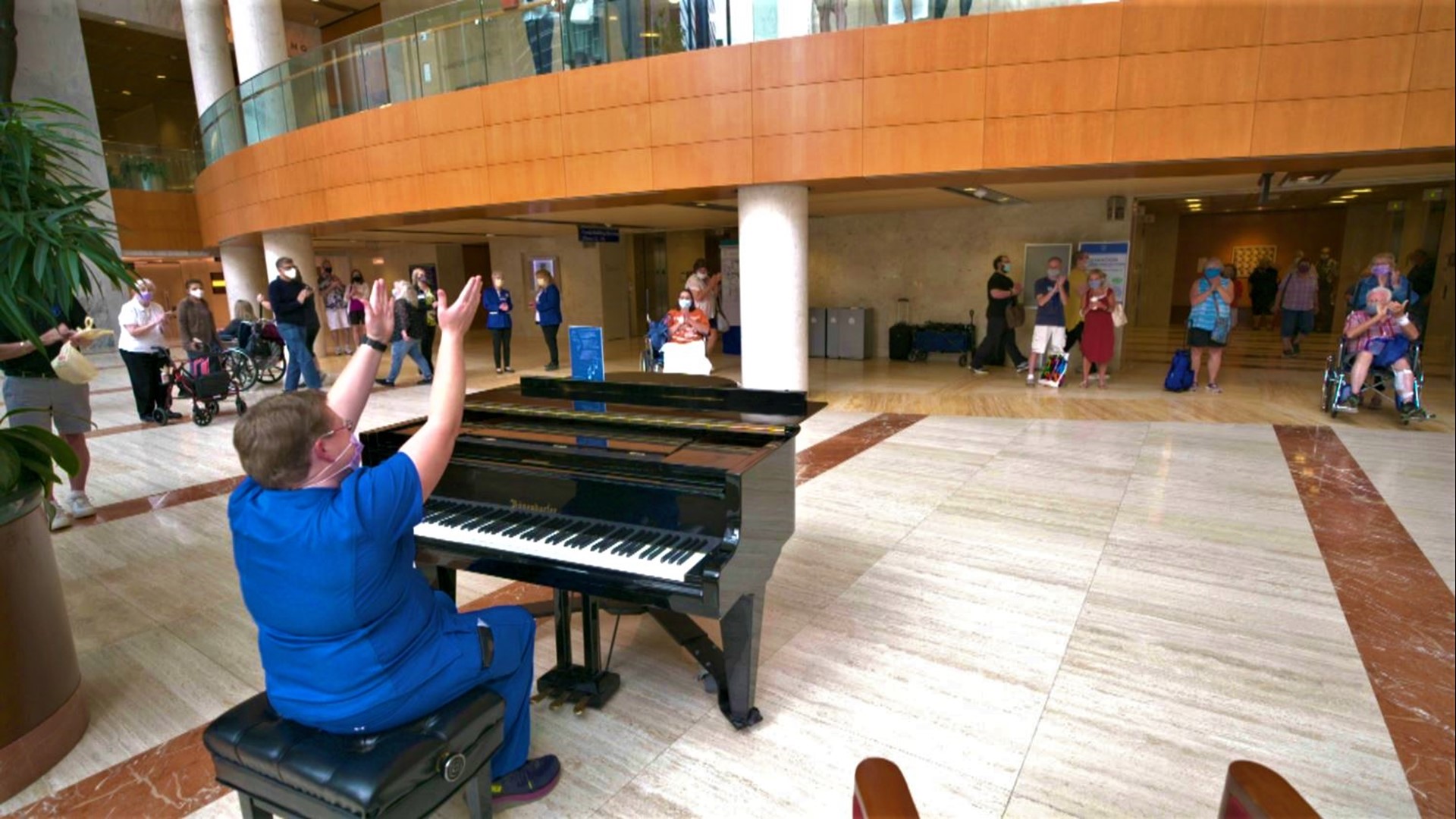 ROCHESTER, Minn. — The atrium at the Mayo Clinic’s Gonda Building lacks the seats and box office of a concert hall.

But it’s become exactly that for Genaida Benson, a concert pianist in nursing scrubs whose music leaves Mayo patients and visitors reaching for their cell phone cameras.

“Unbelievable,” David Wells says as he stands mesmerized with his wife Diane.

“Knowing she works with cancer patients, that’s a lot of heart right there with that lady,” Diane Wells adds.

Genaida began playing piano at the age of four.

She studied nursing for a time in college, before shifting her focus 100 percent toward music.

By her 20s, Genaida had earned her master’s degree in piano performance and felt at home on concert stages.

But the road changed for the Michigan resident eight years ago, when her father was diagnosed with stage 4 liver cancer and traveled to the Mayo Clinic for treatment.

“There isn’t a day that goes by that I’m not reminded of what my dad went through,” Genaida says from her piano bench.

Inspired by the doctors and nurses who treated her dad, Genaida completed her nursing degree.

She applied for, and got, her dream job at the Mayo Clinic. Not long after, she sat down at a Mayo piano for the first time.

Credit: KARE
Patients and visitors at the Mayo Clinic stop to listen to the piano playing of nurse Genaida Benson

Genaida remembers stopping with her dad in the same atrium, listening to the Mayo’s volunteer pianists, while he was recuperating from surgery and undergoing chemotherapy.

“It just gives you hope,” Genaida says. “And I wanted to do that for others.”

Now she does, after working with cancer patients three stories up.

On a recent day, George Josenhans stood with his wife Martha listening to Genaida play. Two hours earlier, she helped him prepare for his cancer scans.

“I think it brings hope and peace,” Martha says. “This makes you feel better.

Genaida peppers her set with spiritual songs and says she prays for the patients who stand nearby listening, some in wheelchairs and hospital gowns.

Genada’s father also stands in the crowd, beaming as he records video of his daughter playing.

Eight years after first coming to Mayo, he is cancer-free, returning for check-ups and a chance to see his daughter.

Credit: KARE
Verlyn Benson takes video of his daughter Genaida Benson as she plays the piano at the Mayo Clinic

“It’s just wonderful,” Verlyn Benson says as Genaida fills the atrium with sound. “That to me is better than Carnegie Hall.”