Tom Cornish set a goal of weaving one hat a day, but often exceeded that. 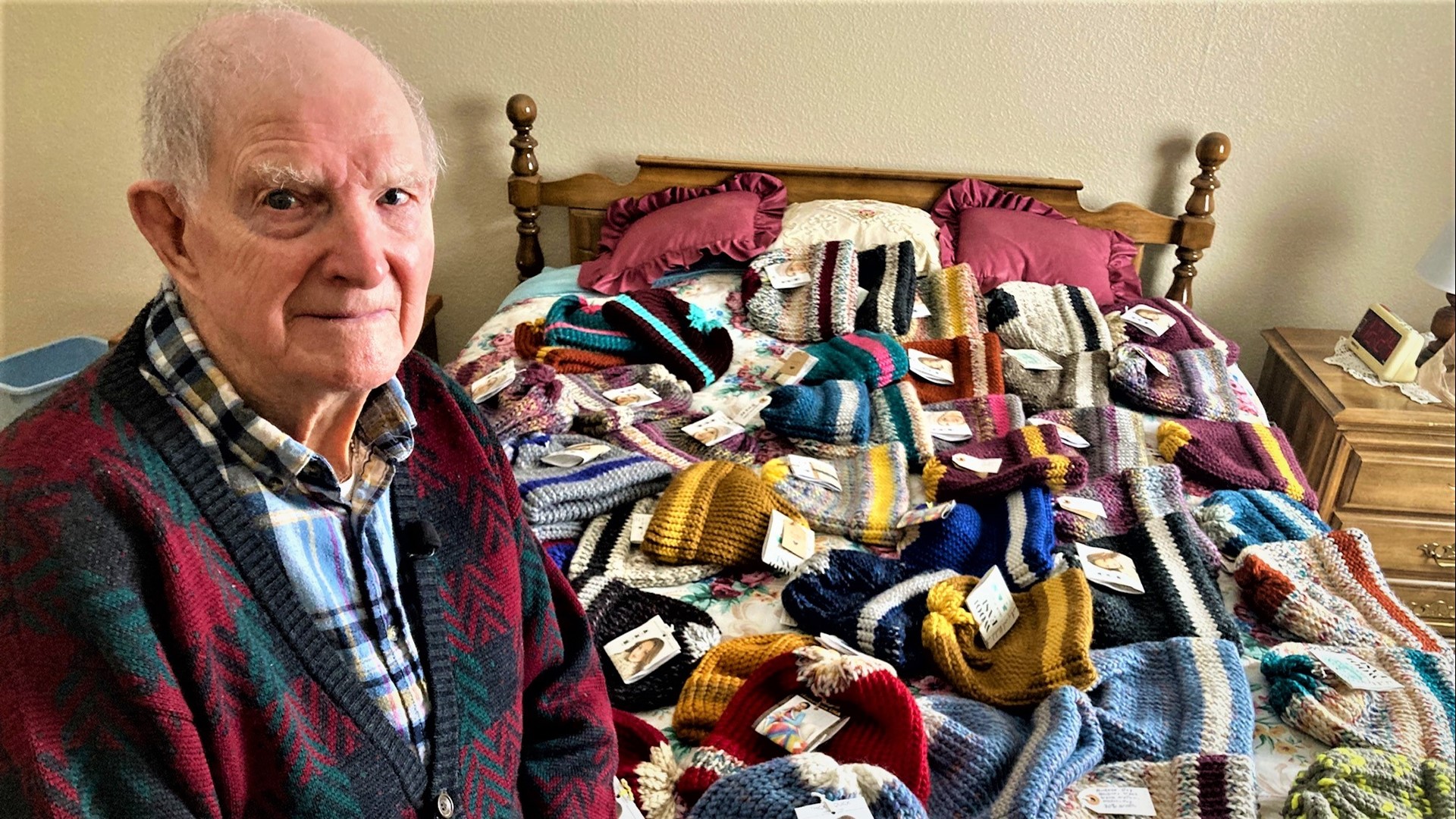 CHAMPLIN, Minn. — As a COVID winter transitions back toward spring, Tom Cornish patiently plows ahead.

“I know all about snow,” the 96-year-old WWII veteran says. “I used to plow for the city of Bloomington.”

These days, Tom has traded a city truck for a hook and loom.

While COVID-19 locked down his senior living complex, Tom completed 400 weaved hats he donated to the Salvation Army.

“If someone needs something, give it to them,” the prolific volunteer says. “Volunteering does something to a person. You're working for others.”

Tom works his hook and loom from an easy chair in his modest apartment at Champlin Shores.

He sets a goal of completing one hat a day, but often finishes two and sometimes even three.

“There's people here that want me to sell them, but I won't,” he says. “I give them to the Salvation Army.”

Dan Furry, communications director for the Salvation Army Northern Division, says Tom’s dedication stands out among the agencies many volunteers.

“It goes to show people there’s something that everyone can do,” Furry says.

Tom, a Navy man, volunteered for service in the Pacific during the WWII, then returned to Minnesota and kept volunteering for various groups and causes as he raised five kids with his wife Lorraine.

After Lorraine’s passing, Tom married Marvel and, together, they also volunteered.

“This is how he got to be 96 years old, because he's helping everybody else,” Jerry Cornish, Tom’s son, says. “Everybody's more important than he is, in his mind,” Jerry says.

Not content with his own 400 donated hats, Tom has trained others at Champlin Shores to start weaving.

“That one woman, she made more than 35 hats,” he says proudly.

At times Tom pauses from his weaving to read from the bible that sits on a stand next to his chair.

The book’s messages are woven with the wool into Tom’s hats.

“I feel like I'm working for the Lord and that's a good feeling,” he says.

Tom Cornish: there for his country at 18, and still not putting a cap on his service.

“Got to stay ahead of the Army,” Tom laughs.

Credit: Boyd Huppert, KARE
WWII veteran Tom Cornish poses with some of the 400 hats he made the past year for the Salvation Army