One person was hurt in the fire at Krosan Crisplant, with severe burns to his hands. 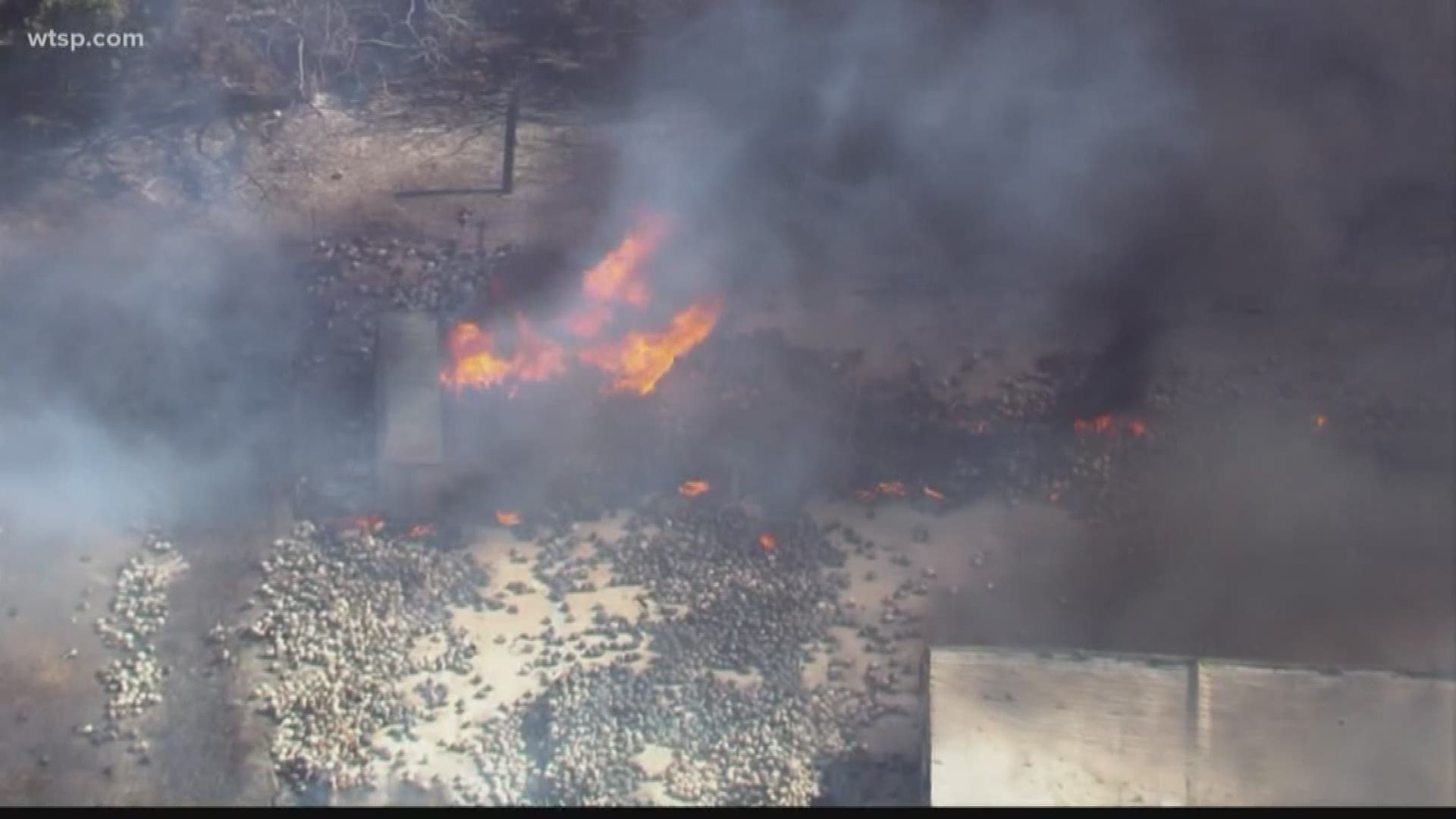 A large fire at a propane warehouse in Highlands County destroyed 10 buildings at a mobile home park across the street, fire officials say

Dark smoke was billowing into the air from the scene near Twitty Road and U.S. Highway 27.

Drone footage captured some of the destruction. 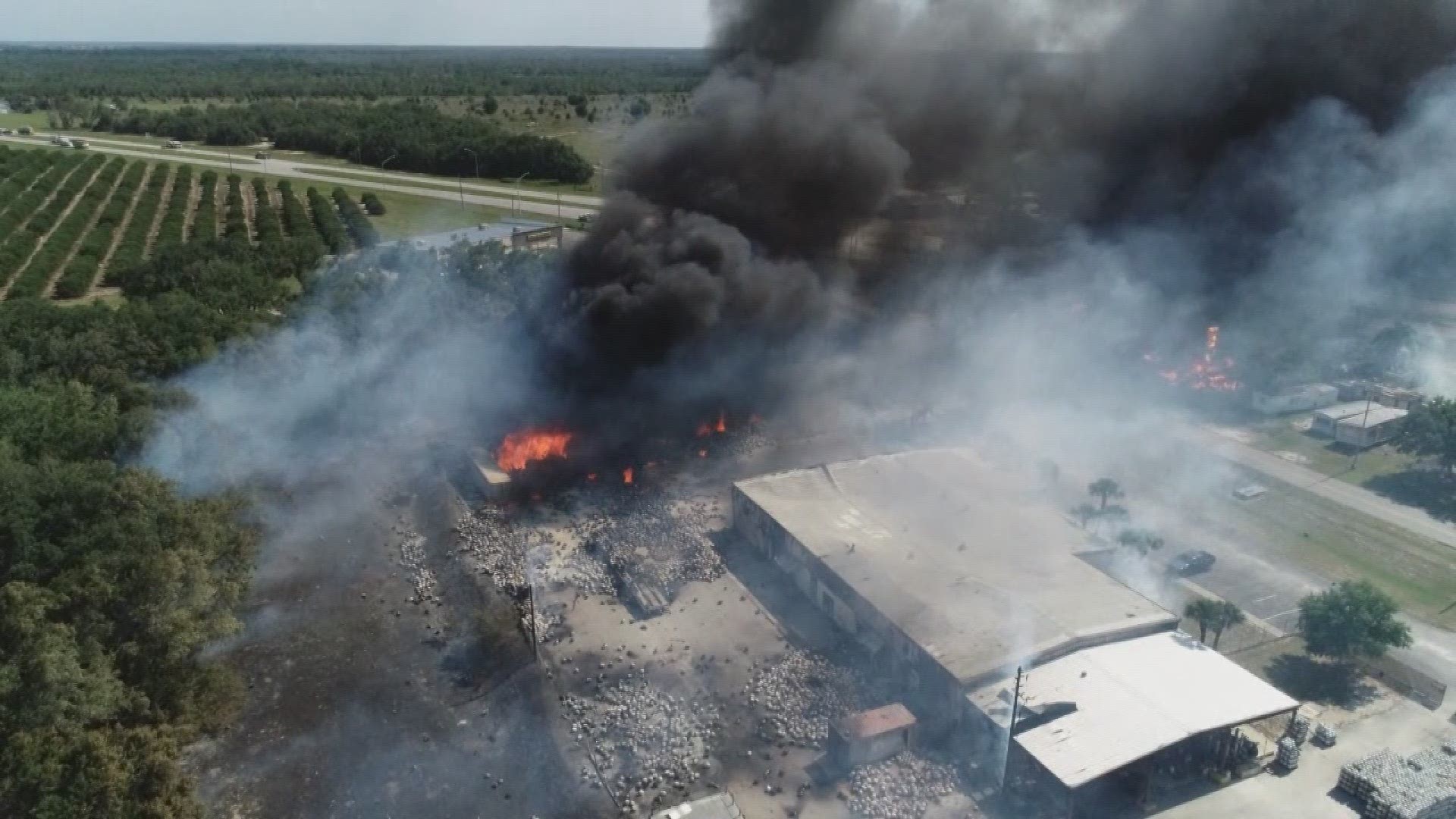 U.S. 27 has reopened, but Twitty Road is still closed in the area.

The warehouse was used to store thousands of small propane tanks that are used for backyard grills and other purposes, and many of the tanks exploded.

One injury was reported in the fire at Krosan Crisplant. The victim, who had severe burns to his hands, was flown to Tampa General Hospital.

Fire Chief Marc Bashoor said the person who was injured works at the facility and was unable to provide information about how the fire started.

Shrapnel from exploding tanks was found a half mile away, he said. 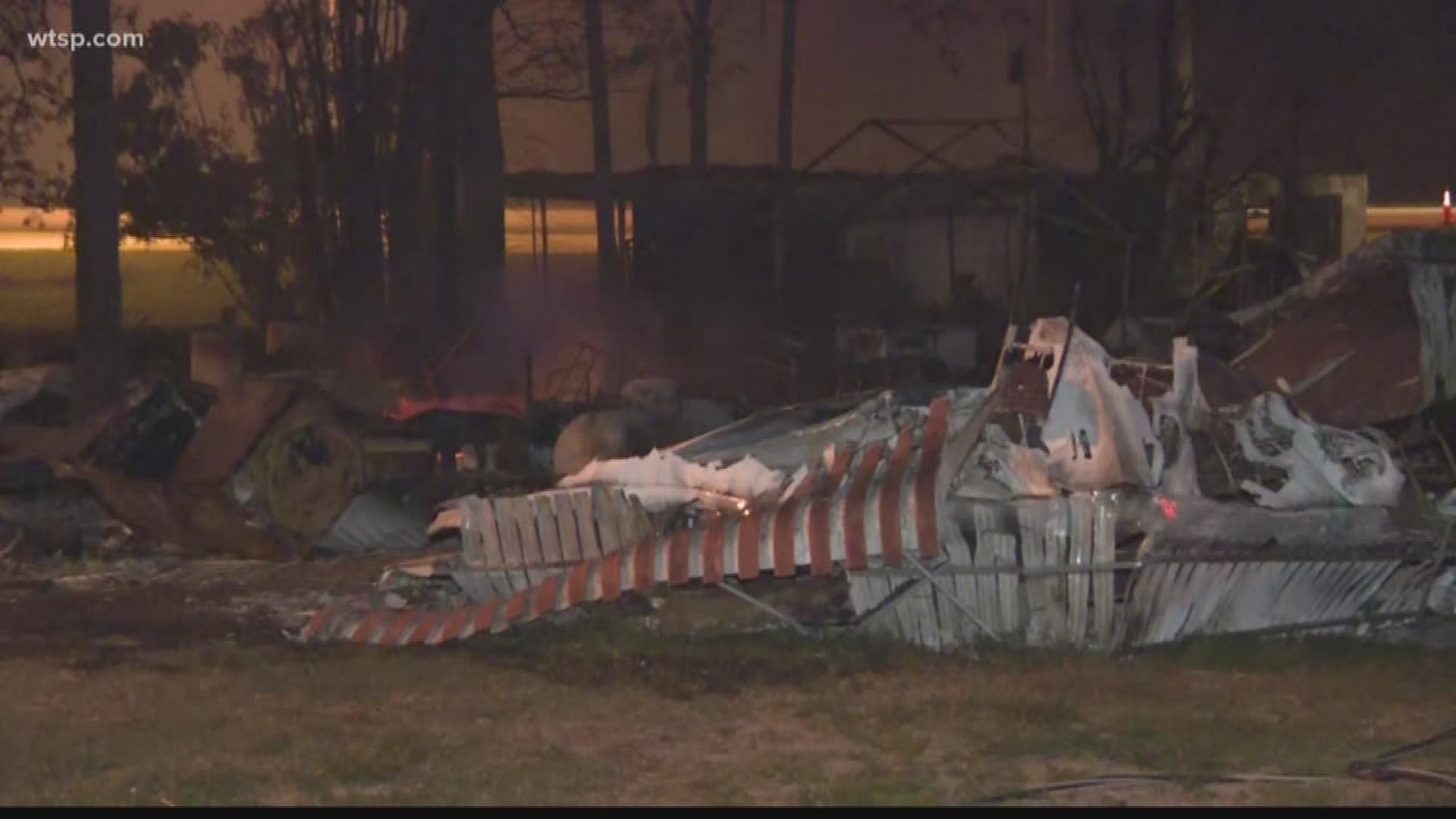 The plan was to allow propane facility to burn down until it is safe to get onto the property, Bashoor said. The fire is now out.

"There is nothing (at the facility) left to save," he said.

Ten homes have been destroyed at a mobile home park across the street, officials said.

Crews were working to save a veterinary clinic next door to the facility. The animals were evacuated.

Some people were evacuated to a temporary shelter at the Bert J. Harris Jr. Agricultural Center on George Boulevard in Sebring. The evacuation has been lifted. 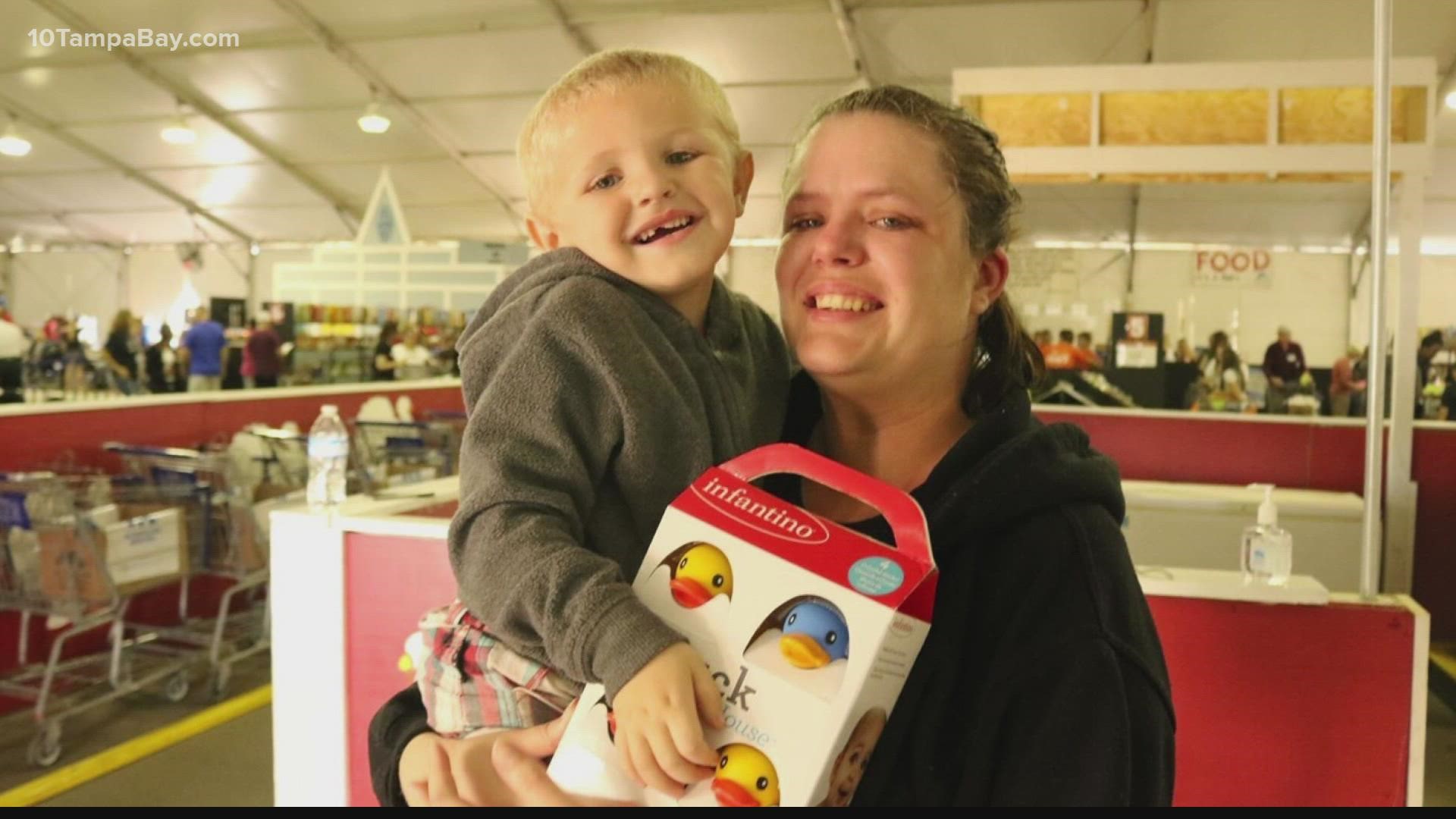