The lawsuit alleges the 10-year-old was unexpectedly told to take off his prosthetic leg before going down a waterslide as people watched. 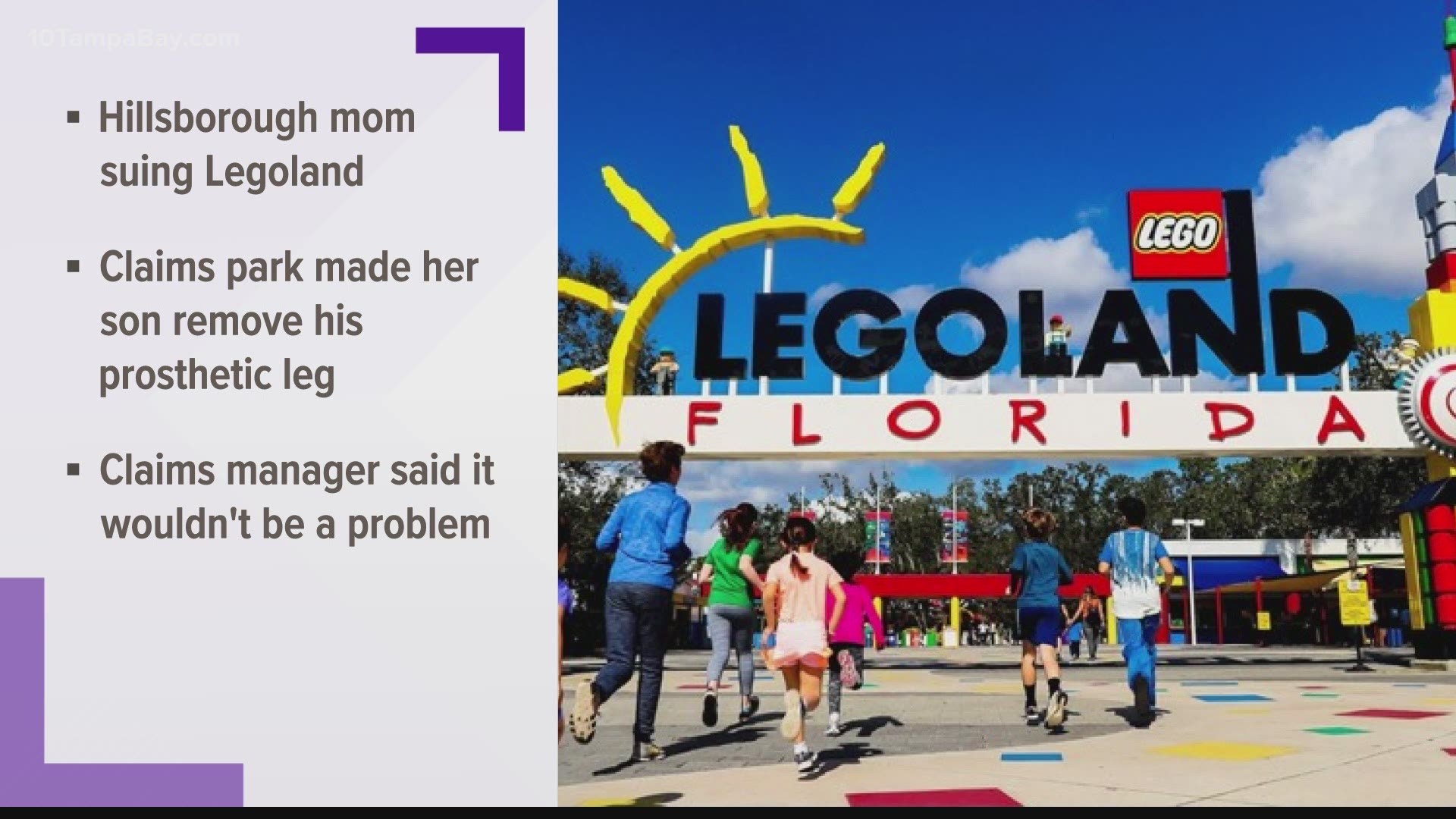 WINTER HAVEN, Fla. — He has a recurring nightmare of drowning in the water because he doesn't have his prosthetic leg. That's what a lawsuit alleges about one Florida boy after he was told to take off his prosthetic leg before going doing a waterslide at Legoland.

It happened on July 16 when a mother from Lithia took her two children, ages 5 and 10, to the Legoland Florida water park, according to the complaint.

The lawsuit says the manager told the mother that if a ride needed the 10-year-old to take off his prosthetic, he'd be able to take it with him on the ride.

The suit says the 10-year-old later went on a waterslide with an inner tube. According to the complaint, there weren't any warnings in print there that indicated the child would have to take off his prosthetic before going on the ride. His mother and 5-year-old sibling stayed below the ride, according to the lawsuit.

This action humiliated the child and without his mother there, he reluctantly did what he was told, the lawsuit says.

He then went down the slide. However, the lawsuit says once he got to the bottom of the slide, he was "rendered helpless" in the pool. Without his leg, the complaint said, he wasn't able to swim.

His mother called to him, not realizing at first he didn't have his prosthetic. "I can't because I don't have my leg!" The 10-year-old told his mother, according to the lawsuit.

It was then the complaint says he began to panic because he couldn't swim. In the lawsuit, the mother says the lifeguards didn't seem to realize there was an emergency, because they hadn't been told a boy with a disability was going down the slide. And, the complaint alleges neither those lifeguards nor any employees helped the 10-year-old reach the edge of the pool.

Once the child was safe, the mother called for an employee to bring down her son's prosthetic, which took about 20 minutes, the lawsuit says. During that time, the lawsuit says the boy asked employees why he was being treated unequally and being made a spectacle for others to stare at.

The lawsuit alleges that since the incident, the boy has had a recurring nightmare of drowning in the water without his prosthetic leg. And, he has displayed symptoms of PTSD and trauma, which has resulted in him needing continued treatment at Open Arms Counseling, according to the complaint.

According to the lawsuit, the treatment and resulting trauma the 10-year-old went through is a violation of Title III of the Americans with Disabilities Act.

10 Tampa Bay reached out to both the child's family and Legoland for comment.

On Friday afternoon, a spokesperson from Legoland sent us the following statement:

"Safety is our number one priority at LEGOLAND Florida Resort. We are not able to provide comments on specific pending legal matters. While we do not comment on specific cases, we are fully committed to providing an awesome experience for all our guests, including individuals with different abilities. Every attraction, across our theme park, water park and hotels, meets or exceeds safety guidelines from state agencies and attraction manufacturers."

Last year, another family turned to 10 Investigates after their son, who also has prosthetic legs, was told he couldn't ride certain rollercoasters at Legoland. This, after the family said the park said he could. The Suarez family filed a lawsuit against Legoland.