“What we want is Floridians to make decisions to take appropriate precautions that make sense for them." 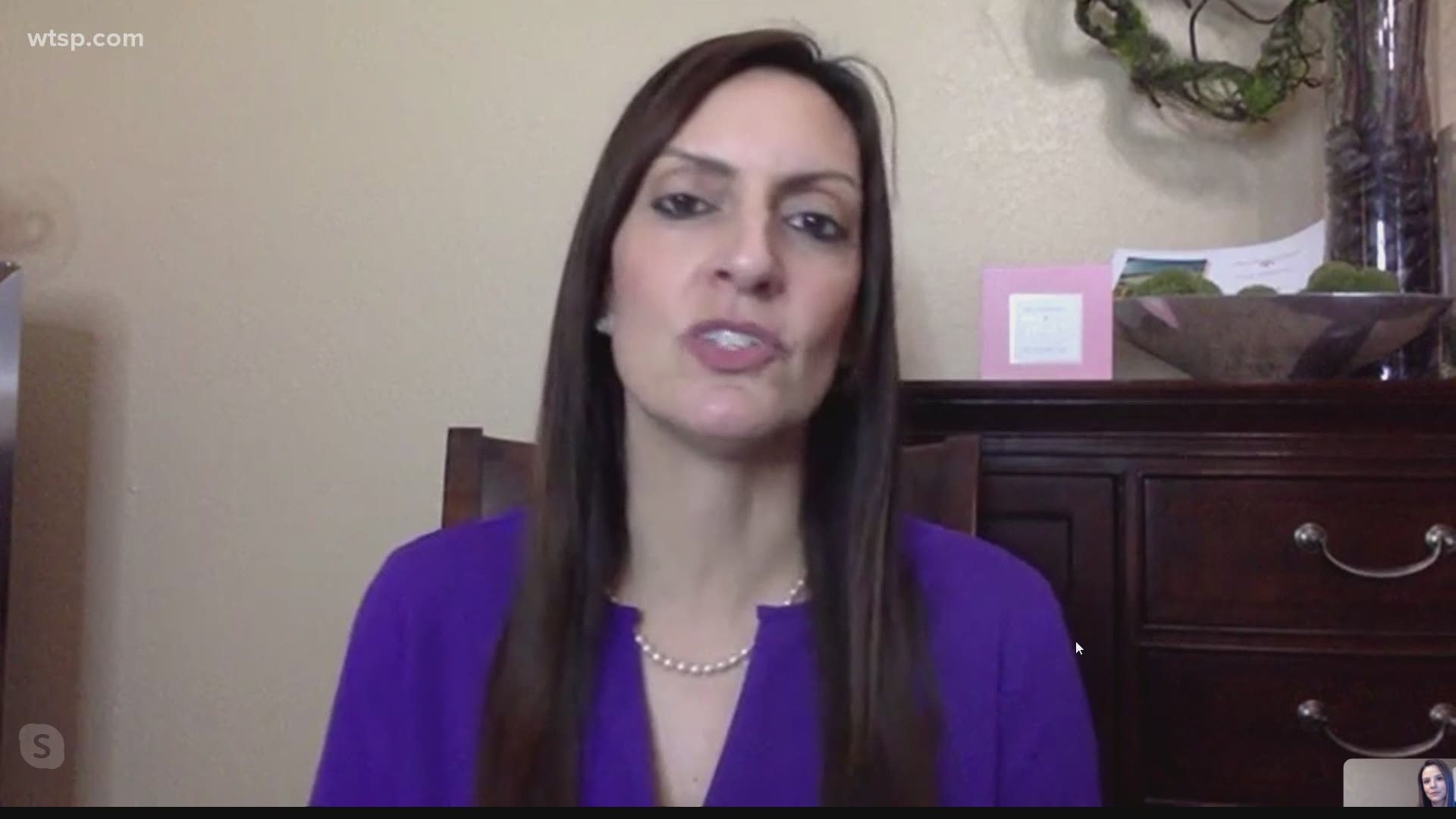 She says reopening the state economy amid the coronavirus pandemic is working and pointed to a downward trajectory in data they rely on which includes the number of positive cases and syndromic surveillance.

Syndromic surveillance involves the number of patients visiting ERs for symptoms of COVID-19. She says Hillsborough and Pinellas Counties are doing well.

Does that mean, as we mark two weeks since beginning Phase 1, we will be allowed to move into Phase 2?  Nunez didn’t give a firm answer, but said any changes will depend on the data and the Governor.  The same will be true for any spikes in the information.

“Well, certainly I think our focus is looking at the data points that I mentioned and so as we get to a point where we see something that’s troubling than the governor will have to make a determination as to what that pullback looks like. It is very clear that this virus is going to be around for quite some time,” she said.

Nunez says while Florida never fully shuttered its economy, the impact is concerning fiscally and mentally.  She says it’s important the vulnerable continue to protect themselves and all Floridians practice good hygiene and social distancing.

“You’re seeing the data. You know what’s going on. Just because I can do XY and Z does that mean I should do it?” asked Courtney.

Nunez said no and talked about the balance in her own family.  Her father is among the vulnerable population.

“I’m taking precautions myself.  I think again that’s a personal choice and as we go about our daily lives when we start to reopen there’s gonna have to be a certain level of balancing between you know staying at home trying to avoid risk and getting back out there in the economy,” she said.

“What we want is Floridians to make decisions to take appropriate precautions that make sense for them.  Sometimes individuals want government to tell them exactly what to do. Governor DeSantis has really been very cautious. He’s referred to other governments and other decisions that have been made particularly on the west coast as petty tyranny.  This governor values civil liberties, constitutional rights, but he also wants to keep Floridians safe.”

She says it would be “ludicrous” to say that DeSantis has made any decision based on corporate profits, political interest or electoral prospects.

“I think he’s shown that he’s willing to stand up and fight for Floridians. He’s willing to make decisions that in many cases were very difficult. We have literally put thousands of people out of work and have seen thousands of businesses close,” she said.

“He did not do that capriciously.  He did that understanding that we had a very unique set of circumstances and so he has made, in my opinion, the best decision that we have here in Florida to make for Floridians.”