Love for the ages: Celebrating the love stories of lifelong couples 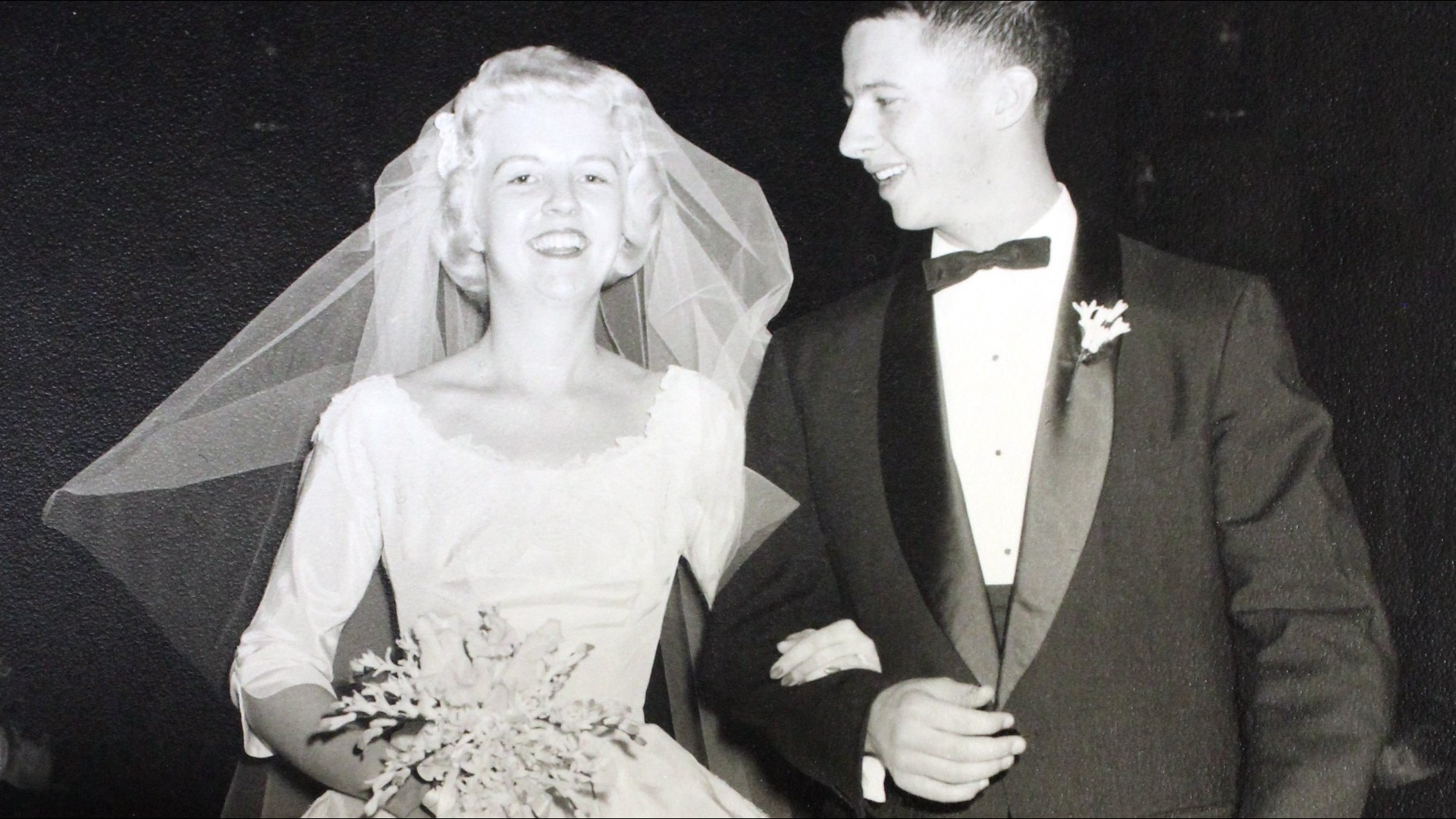 PLYMOUTH, Minnesota — It's been a hard year for people in senior living communities.

But that doesn't mean they can't celebrate love this Valentine's Day.

Trillium Woods in Plymouth, Minnesota usually hangs up wedding photos and stories about its residents on the walls, displaying them for everyone to see. This year, due to COVID-19, the stories will be featured virtually for the community's staff and residents on Valentine's Day.

KARE 11 will get a sneak peek, however, as two couples from Trillium Woods share the stories of how they met and fell in love:

"George and Sally Kelby met at prom in 1952. They each went with another date but noticed a spark and started dating the following year. The couple attended Stanford University together for two years, but sadly had to split when George joined the Navy and Sally went back to Minnesota for school. Once George returned home, he heard Sally was engaged to someone else. However, the next year, Sally’s parents arranged a surprise dinner for the couple. They got married just four months later and now George and Sally are celebrating 62 years together."

Credit: Trillium Woods
Gwen and Joe Ladner got married in 1962.

"Joe and Gwen met in 1959. Gwen’s sister wanted to go to a formal dance for her sorority, but she had just split from her longtime boyfriend and had no one to go with. Gwen had never met Joe, but at the urging of a friend and her brother, arranged for her sister to go to the dance with him. Several months later, Gwen’s boyfriend arranged a double date with Joe and her sister. It was then that they met for the first time, and during that evening, the two of them both thought they were with the wrong person. Eventually, Joe stopped seeing Gwen’s sister and called her for a date. The rest is history, and they were married in 1962."