We're giving you the latest updates on tonight's lethal injection of the serial killer. 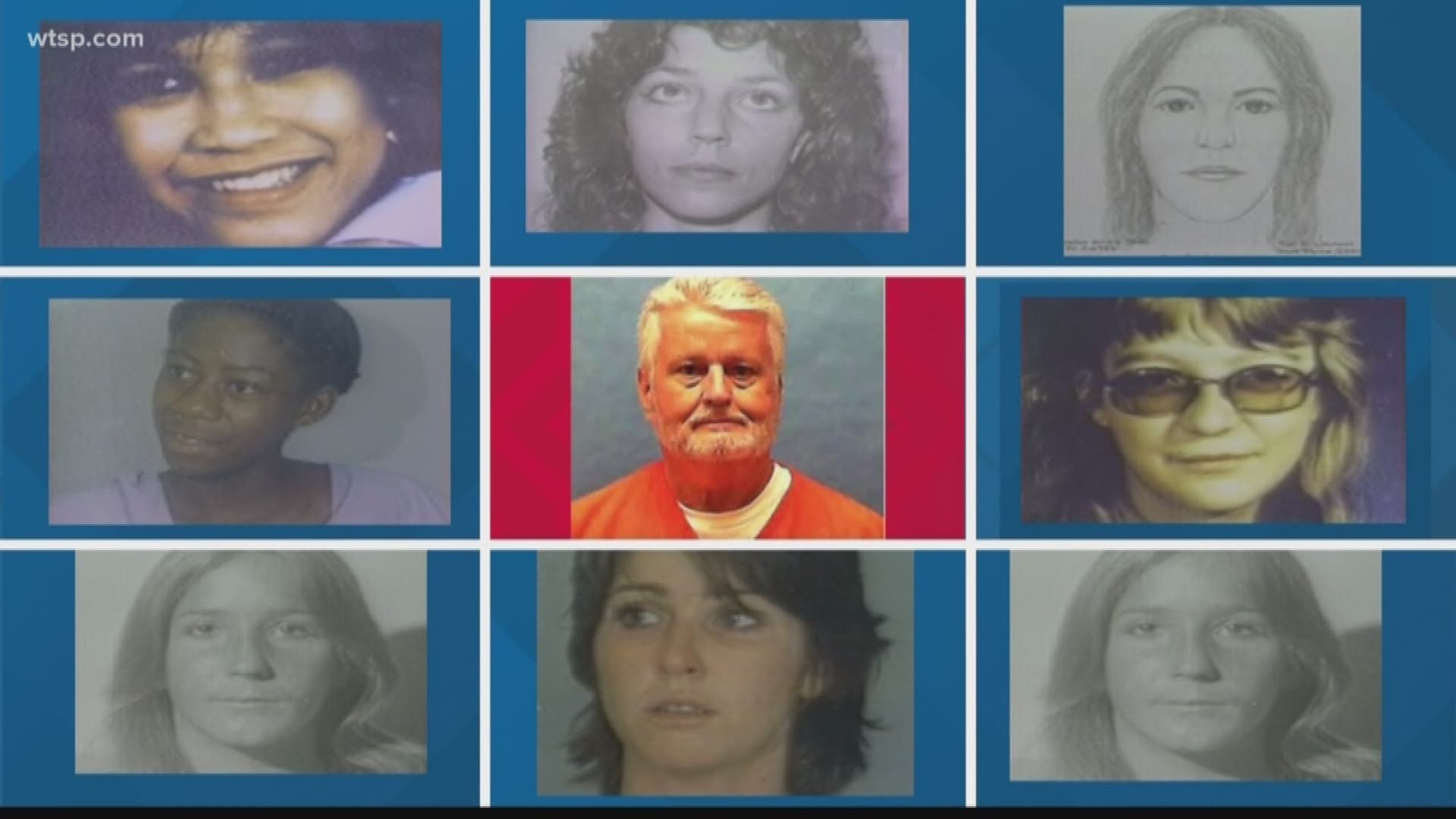 IN DEPTH: Click here for a thorough history of the Bobby Joe Long case.

Below are the latest updates from the scene.

Lisa McVey was Long's final victim. He grabbed the 17-year-old girl while she was riding home on her bike, held her hostage for 26 hours and raped and tortured her.

It was her testimony that was pivotal to his conviction.

Speaking to the media, she remembered the "Ten Angels," the women who were killed.

McVey, who became a Hillsborough County deputy, said after she escaped from Long, she dedicated her life to being "the voice of the victims."

She tearfully thanked Long for picking her, not some other 17-year-old girl, as a victim. She said she forgave him, for if she hadn't she would have been in a prison of her own.

Her final message to Long:

"May God have mercy on your soul."

Family members of Bobby Joe Long's victims are speaking to the media after his execution.

Chanel Williams' mother said the execution gives her peace of mind knowing justice has been done.

Kim Swan's sister says she thinks Long was as shocked as any of the survivors that he was executed. She said she thinks he thought he would sit in prison until he died naturally.

10News Jennifer Titus described the execution chamber as Bobby Joe Long was executed. She said the room was silent as he took his last breaths.

Titus said Long appeared emotionless and made no statements before the lethal injection began.

As the victims' survivors left the chamber, they were smiling, she said.

Family members will be speaking to the media soon.

The U.S. Supreme Court has cleared the way for the execution of a serial killer who killed 10 women in Florida.

The justices denied the final appeals of 65-year-old Bobby Joe Long, who is set to receive a lethal injection at Florida State Prison. The planned 6 p.m. execution was delayed slightly while the justices considered the case.

About a dozen anti-death penalty protesters are outside Florida State Prison in Starke. They are mostly sitting in lawn chairs or milling about.

Journalists board a bus to be taken to the execution scene.

10News reporter Jennifer Titus confirms Long had no visitors on the last day of his life.

These are her thoughts about witnessing the lethal injection.

"Today I will witness a man die.

A man that has been sitting on death row for 34 years accused of killing at least 10 women in the Bay Area.

No matter your thoughts. Your views. I have had people tell me that covering this man’s death is glorifying it.

The state of Florida allows a dozen members of the media to witness an execution. And because of that, we know when an execution may have been botched. Whether or not a controversial drug may or may not have caused pain to the prisoner. We know this stuff has happened because of journalists’ accounts from inside the room.

And today, I will give you my full account as a journalist.

I will also be in there with family members of Bobby Joe Long’s victims.

This is something they never thought they would see, but they feel they have to.

Long is one of the longest-sitting inmates on Florida’s death row.

For the families of his victims, today will bring justice. It will bring closure.

Today, I will witness a man die."

Officials say Bobby Joe Long’s last meal was a roast beef sandwich, bacon, and a soda. He had it this morning.

10News Reporter Emerald Morrow explains what happens ahead of Bobby Joe Long's execution. She says the execution team will undergo an extensive preparation period to ensure the process goes as planned.

A serial killer whose murderous spree claimed the lives of 10 women in Florida in 1984 is set to die.

Bobby Joe Long is scheduled to die by lethal injection at Florida State Prison on Thursday. Long was condemned for one of the killings, that of 22-year-old Michelle Simms. He also had been serving 28 life sentences for the other crimes committed in the Tampa Bay area over an eight-month period in 1984.

But he was undone by a 17-year-old who described being abducted, raped and released a day later. She gave police details that led to his arrest.

Now that victim, Lisa Noland, is preparing to watch the execution. In an interview, she said she would tell long "Thank you" for picking her as a victim, because she helped solve the crime.

The Associated Press contributed to this blog.

RELATED: What happens ahead of Bobby Joe Long’s execution?