The HOA is threatening to fine them up to $1,000 for putting those lights up before Thanksgiving. 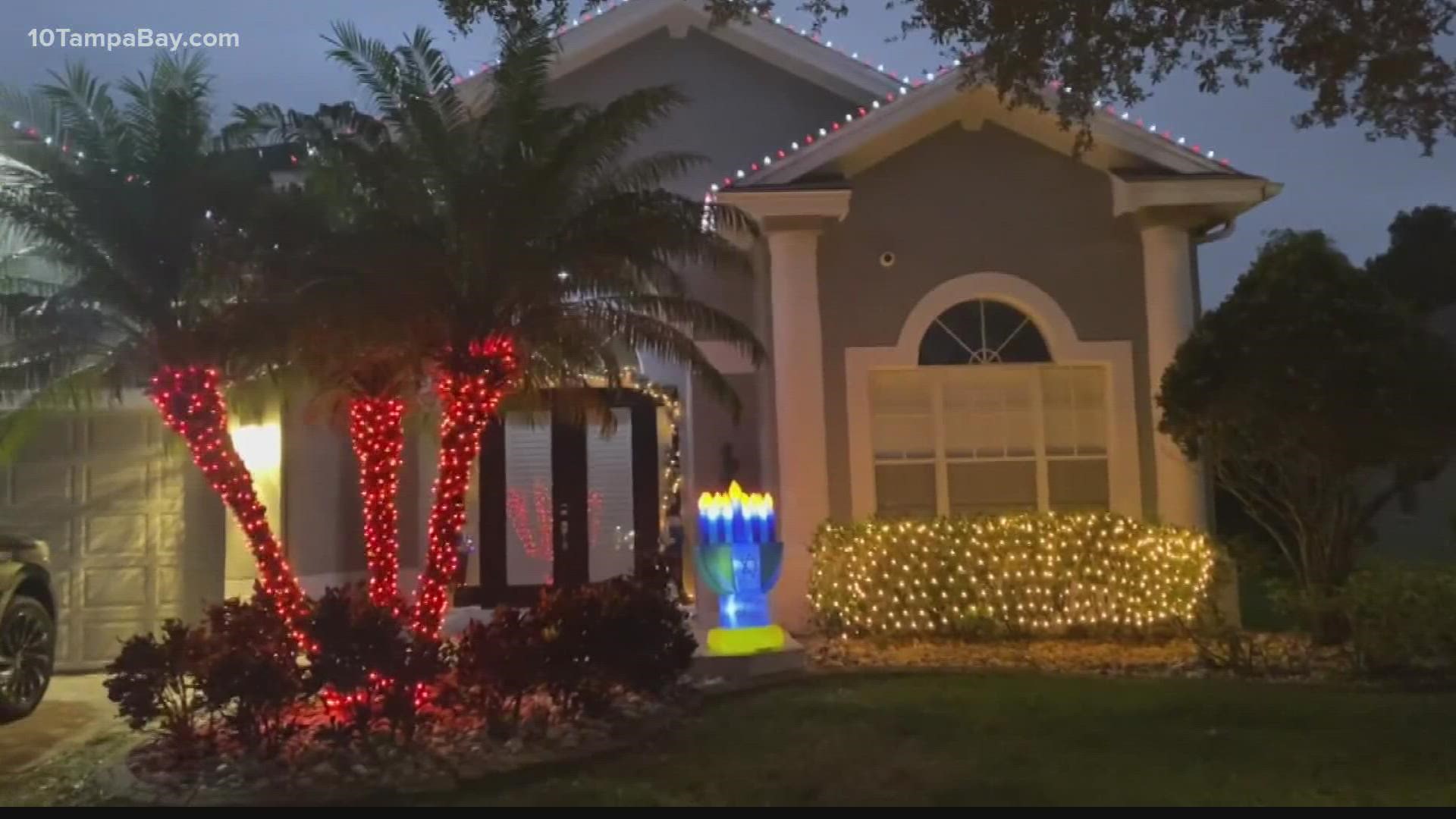 WESTCHASE, Fla. — A family in Westchase is in a battle with their homeowner’s association over Christmas lights, fueling the debate over when it’s the right time to start putting up holiday decorations.

In violation of HOA rules, the HOA is threatening to fine them up to $1,000 for putting those lights up before Thanksgiving.

Michael Moffa and his wife Chelsea hired a professional to put up their Christmas lights this year, but a couple of weeks ago a neighbor complained that the decorations violated the community’s "No decorations ‘til Thanksgiving" rule.

The Moffas say they understand that there are rules. But this one, they say, makes no sense. Especially since the community has already started putting up decorations itself.

"This is not like a Griswald family vacation house set up. Nothing egregious," Moffa said. “It’s just lights that put a smile on my daughter’s face, the kids’ faces, they dance and throw music on. And it’s a happy time.”

The conflict is now getting national and international attention.

Moffa has gotten interview requests from as far away as New Zealand.

Even entertainer Mariah Carey shared her opinion on social media after seeing the story saying that while she holds off until Thanksgiving herself, she doesn’t think anyone’s festiveness should be regulated.

“My wife loves it," Moffa said. "She was probably more stunned than I am. The songs. It’s a great song. It’s a platinum song. So, for her to chime in on the situation is definitely helpful and encouraging."

Attorney Eric Appleton who deals with HOA disputes says associations have an obligation to apply rules evenhandedly and property owners need to learn and be prepared to follow those rules before buying into a community.

“If you don’t like the way things are in terms of the restrictions in the rules that are on the books, that’s fine,” Appleton said. “Comply with them in the meantime but then try to get involved if you want to affect change.”

That’s precisely what Moffa’s wife Chelsea says she plans to do.

Attorney John Ellis, who represents the HOA, says at this point no fines have been levied.

The board said Ellis was waiting to hear back from Moffa in writing. The board hasn’t taken up the case, he said, and neither has the committee that looks into those fines.

Moffa says at this point it would cost as much if not more to take the lights down and have them put back up.

So, there they’ll stay, he says, unwilling to let the display dispute dim their holiday spirit.

“It’s going to stay happy for us,” Moffa said. “And the HOA is not going to be the Grinch that’s going to ruin his Christmas, I can tell you that.”