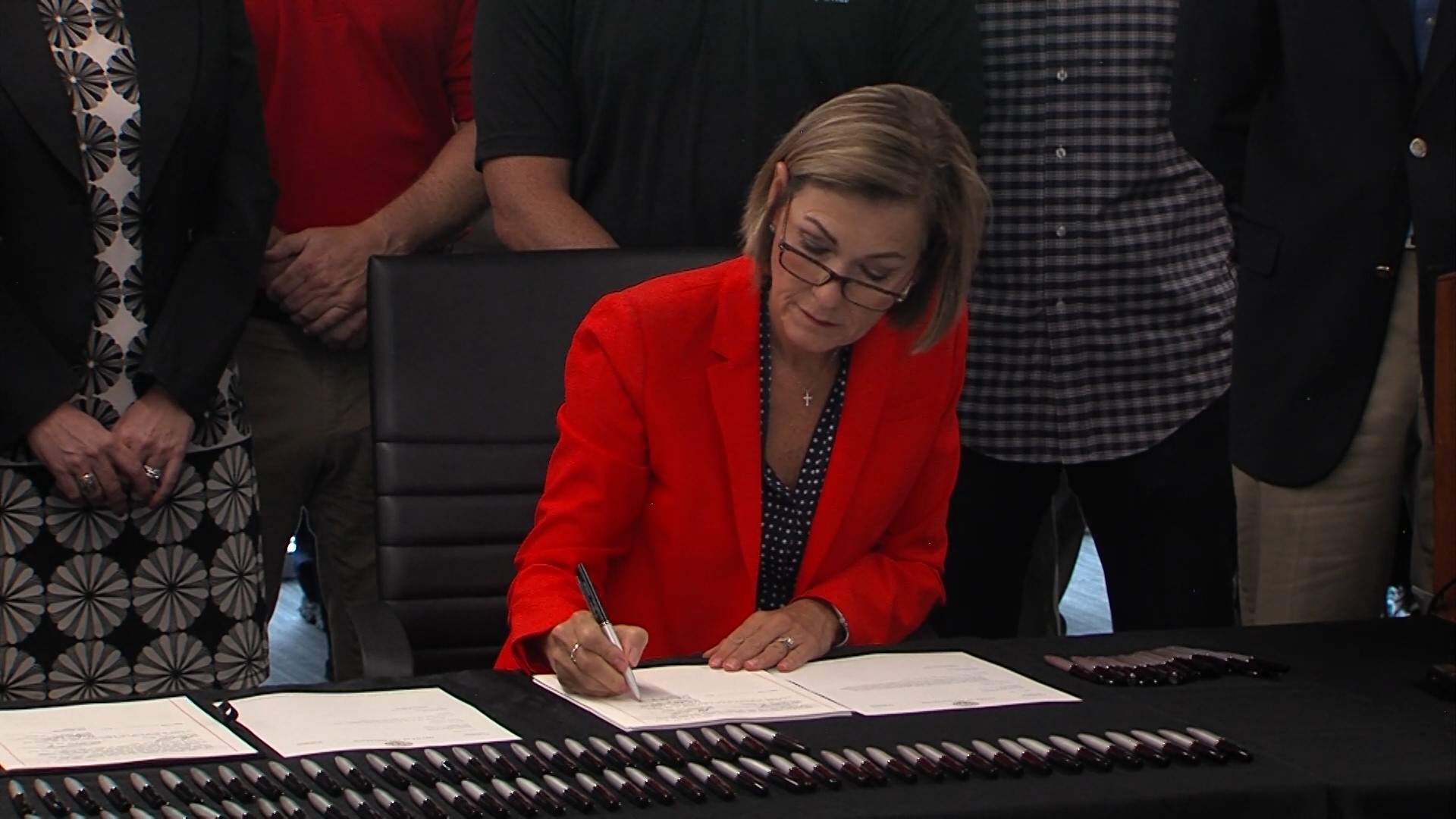 Dubbed the "Back the Blue Act" by supporters, the legislation gives officers qualified immunity, meaning they cannot be sued in civil court if they are operating under the law.

The law also protects drivers who unintentionally hit protestors in the street and increases penalties for those individuals blocking roadways. It also defines rioting as "three or more persons assembled together in a violent and disturbing manner," categorizing the act as a Class D Felony.

Much of the law took effect immediately following Reynolds' signature.

RELATED: 'Back the Blue' bill passes Iowa House, but what does it do?

RELATED: VERIFY Weekly: One year after George Floyd was killed, here's where the US stands on police reform

Supporters say the bill will help police maintain public peace, while those against the new law say it's an infringement on First Amendment rights

The American Civil Liberties Union released a statement calling the law "clearly an effort to shut down public criticism of abuses by law enforcement."

The law comes a year after the passage of a bipartisan police reform bill.

In Iowa, we Back the Blue. Proud to sign the “Back the Blue Act” this morning at the Iowa Law Enforcement Academy! pic.twitter.com/pX0mYgLwsu

Read the full law below