The servicemen were in southwest Asia maintaining and preparing aircraft. 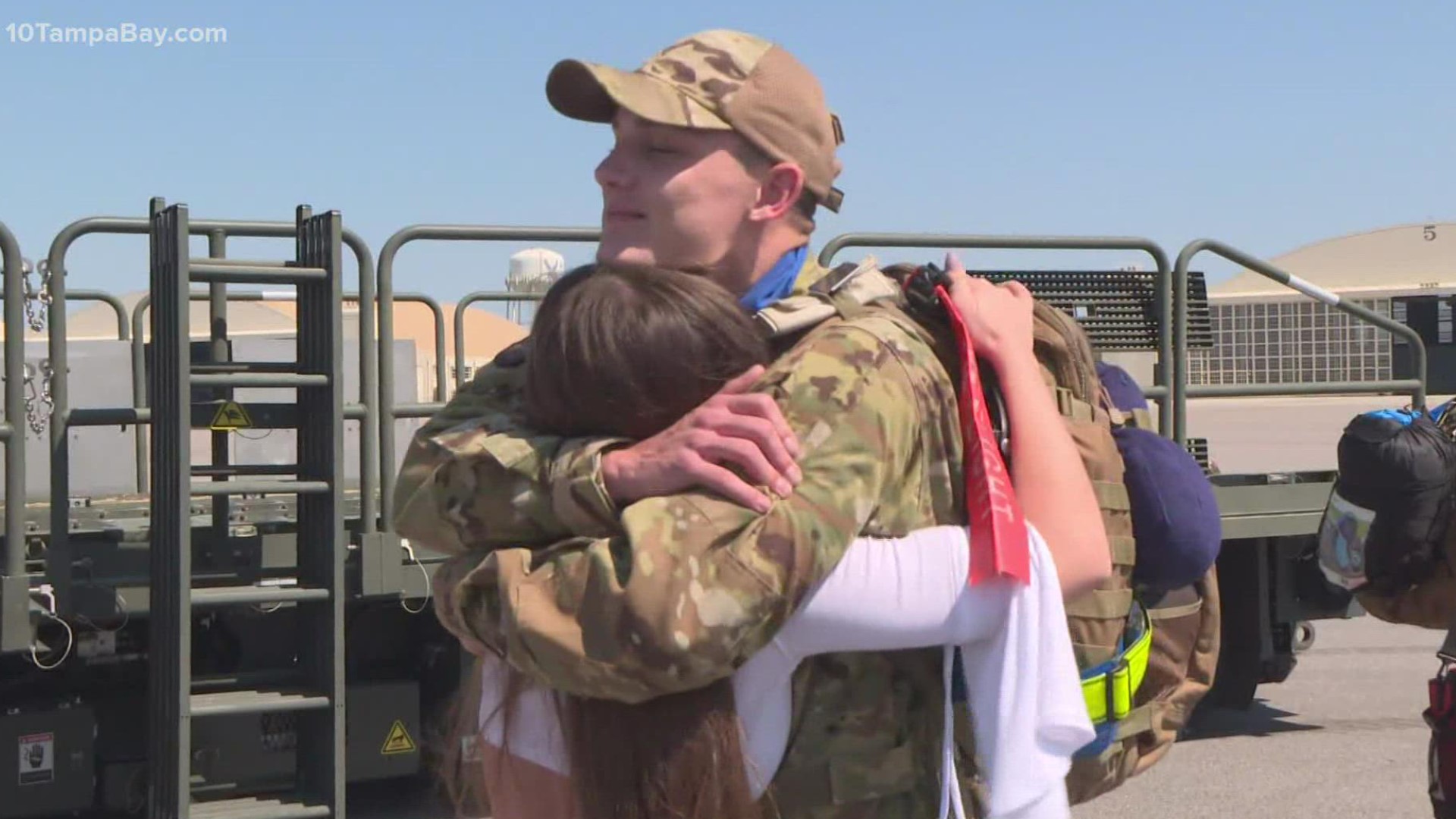 TAMPA, Fla — Families lined up at a MacDill Airforce Base hangar eager to see their loved ones who have been deployed for the last six months.

The Airmen were deployed for six months and spent most of their time maintaining and preparing aircraft.

10 Tampa Bay was able to catch the touching moment where families reunited with big hugs and signs welcoming the Airmen home.