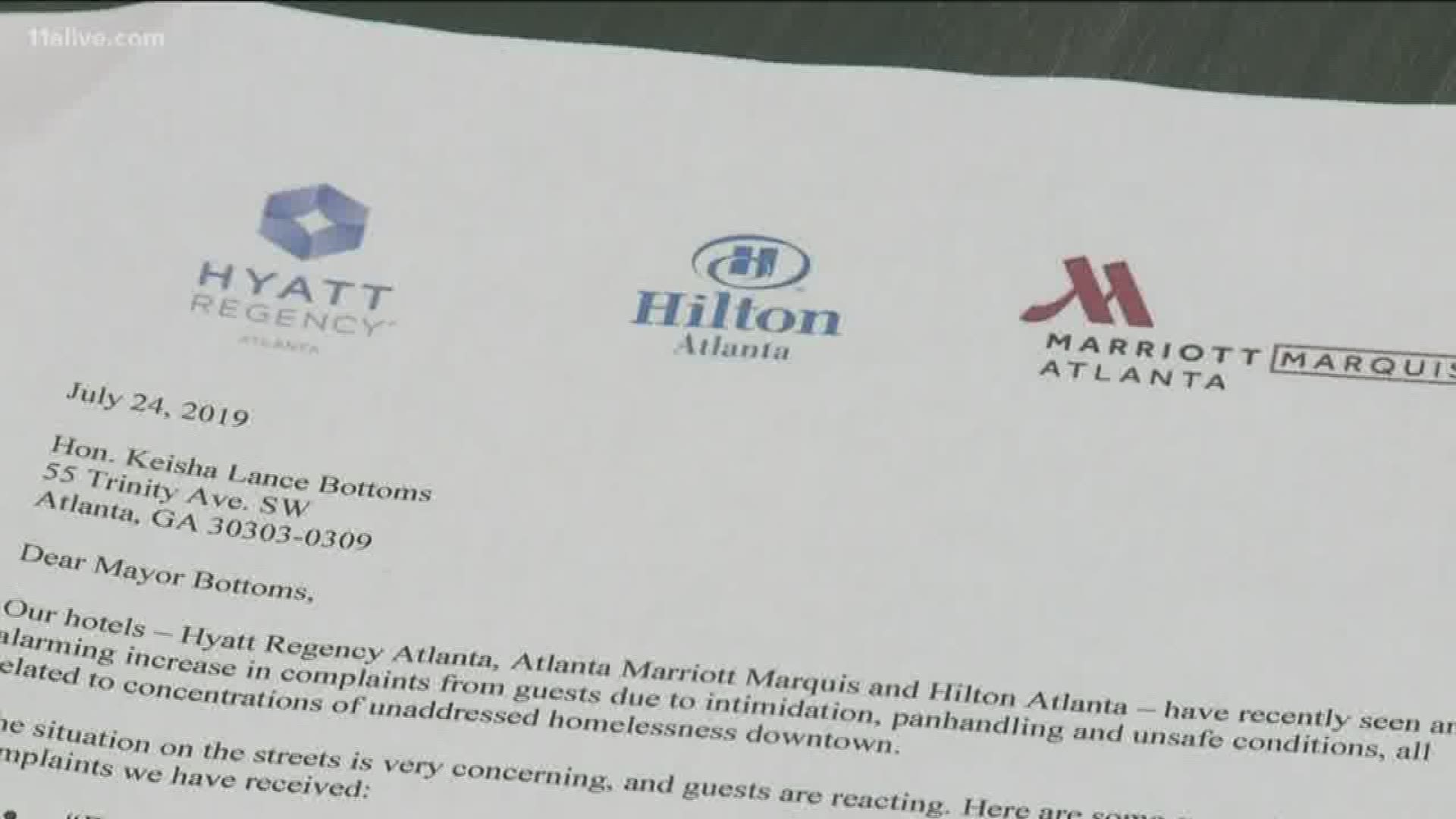 ATLANTA — Homelessness and panhandling are two recurring issues that continue to impact downtown Atlanta. But, now, the impact is being felt by downtown hotel guests who’ve voiced their concerns to management.

The general managers of three of downtown Atlanta’s top hotels - the Hyatt Regency, the Marriott, and the Hilton - have now joined forces to put the spotlight on the need to rid downtown of aggressive panhandlers and homeless people. They claim these people are intimidating their guests, soliciting money and driving business elsewhere.

They’ve sent a strongly-worded letter to Mayor Keisha Lance Bottoms asking the city to prioritize the issue of downtown homelessness and panhandling. Their proposed solution: bring together city government with the police, business, faith, and community leaders to build comprehensive solutions to make downtown a safe place for visitors.

The effort has been led by Hyatt Regency general manager Peter McMahon who has been instrumental in finding both housing and jobs for many of Atlanta’s homeless.

"I am asking the mayor, the chief of police to really help us to enforce some of the laws that are already on the books and number two, we need more affordable housing, we need more low-barrier shelters for these individuals," McMahon said. "These are some of the most vulnerable people.  We are aware of the need to help them; to get them off the streets and to find permanent housing, permanent employment, so it is a holistic viewpoint."

The good news is there is a definite plan to accomplish those goals now in place. It is a $50 million partnership between the City of Atlanta and the private sector called “The Home First Initiative."

11Alive will be looking, in detail, into what's in store for Atlanta as it launches a major effort to find a permanent solution.

2 dead after possible electrocution while working on house: Police