Brandon Theesfeld, 22, has been arrested and charged in connection to the death of St. Louis native Ally Kostial. 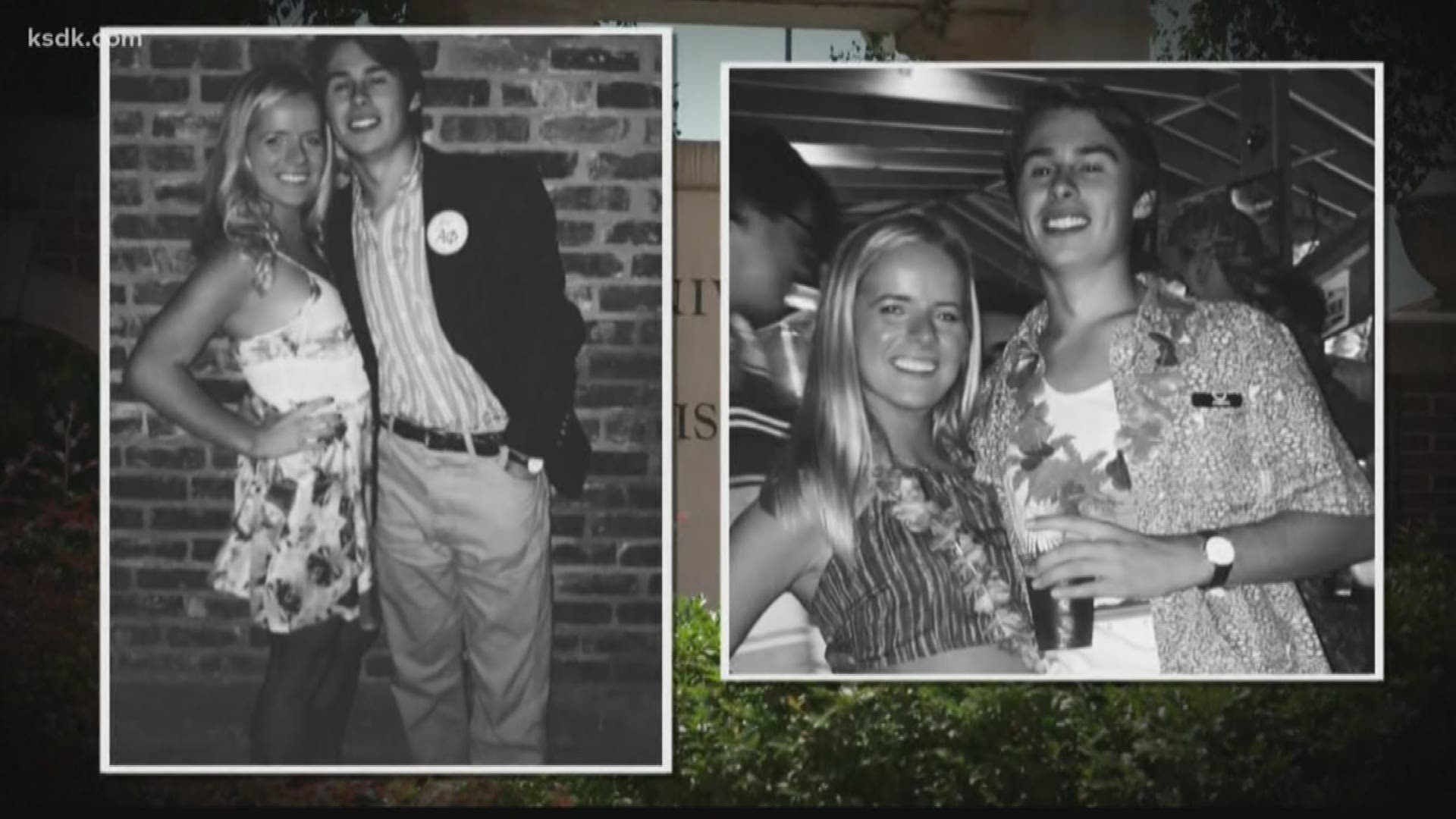 LAFAYETTE CO., Miss. – A man has been arrested and charged with murder in connection to the death of an Ole Miss student from St. Louis.

He was taken into custody on Monday in Memphis, Tennessee - which is about an hour and a half from Oxford, Mississippi. Theesfeld made an initial court appearance Tuesday morning.

Theesfeld was a student in the School of Business Administration and has been suspended from Ole Miss, a school spokesperson confirmed. He is originally from Texas.

A close friend of Ally's confirmed to 5 On Your Side that Kostial and Theesfeld had an on-again, off-again relationship at Ole Miss that was 'sometimes troubled.'

Kostial was found dead in Mississippi Saturday morning. Police said they were on routine patrol when they found her body near a lake - about 20 miles from campus.

NBC-Affiliate WLBT reported Kostial was last seen in city surveillance video stopping at the door of a bar on the square Friday night. Later on, she and Theesfeld were on a surveillance video at the Lakeside Market in Como which is not far from where her body would be found hours later.

RELATED: ‘Sweet, genuine and always had a smile on her face’ | Loved ones mourn the loss of Ole Miss student from St. Louis

She graduated from Lindbergh High School in 2016. Since her death, a few people have placed flowers outside the school. A card attached to one bouquet said Ally was a bright light.

Her sorority house at Ole Miss is draped in black ribbon as her sorority sisters mourn her death.

Ally’s father Keith said she had been attending summer school and teaching fitness classes at the University of Mississippi.

A spokesperson from Lindbergh High School shared a statement with 5 On Your Side Monday morning,

'Our hearts are broken for the Kostials and we extend our deepest sympathies to them at this time.'

Friends described Kostial as sweet and genuine and said she always had a smile on her face.

"She was quite possibly the nicest human being I have ever met," said Anna Pasco, who met Kostial in their freshman year at Ole Miss. "Ally was just one of those people that constantly lift you up, so that’s why it’s so hard for me and her other friends because no one deserves this."

A GoFundMe has been set up by a family member to help with funeral expenses.

The University of Mississippi shared the following statement on Twitter,