Sheriff: Deputies save man from jumping off Skyway Bridge after trying to run over deputy

The deputies were able to talk with the man and get him to safety. 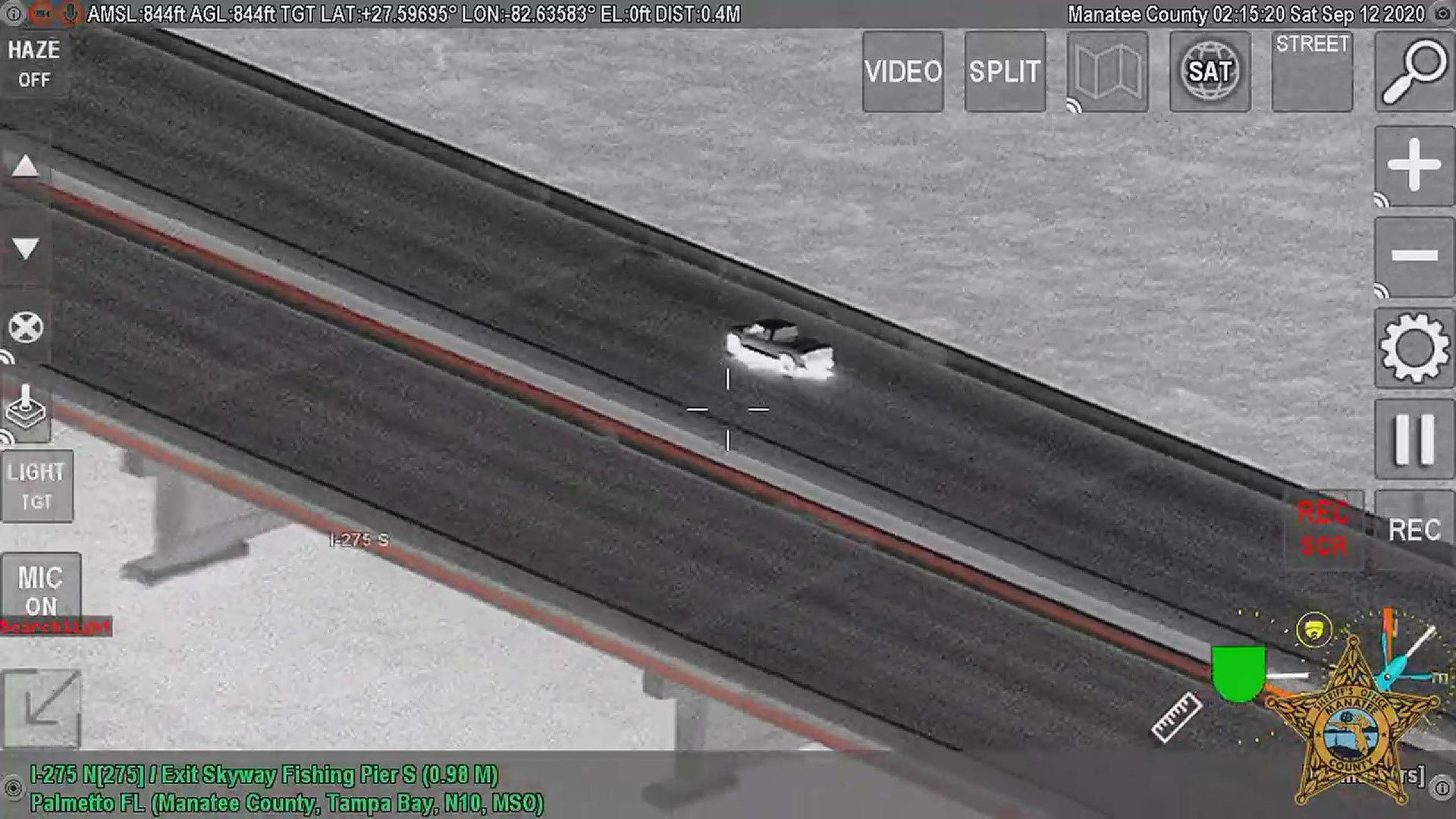 Aerial video shows the moment Manatee County deputies were able to talk a man down from jumping off the Sunshine Skyway Bridge last week.

This happened after deputies say the man tried to run one of them over with his car.

It all started just before 2 a.m. on Sept. 12 when deputies saw a truck swerving back and forth. When one deputy tried to pull over the driver, 23-year-old Scott Rapson, he refused. Eventually, the truck stopped and the deputy tried to do a traffic stop again.

The deputy says he began to get out of his patrol car when he saw a passenger get out of Rapson's car.

After the passenger left, the deputy said Rapson sped toward him and came within feet of hitting the deputy. Rapson put the car in reverse and drove toward the deputy again, the sheriff's office said.

The deputy retreated to his patrol car for cover. Rapson then sped off.

Deputies later found Rapson as he drove eastbound on SR 64. After refusing to stop, he led deputies on a chase. Eventually, Rapson made his way onto I-75.

Deputies were able to deploy speed sticks to slow Rapson down. Rapson continued to drive northbound onto the Skyway Bridge with two damaged tires.

He then stopped at the top of the bridge near the center, left his car and went partially over the barrier. Deputies say Rapson had both legs hanging over the side of the bridge and was inches from clearing the wall when deputies approached and began talking to him.

After talking with Rapson, a detective was able to get to the other side of him without him noticing. The detective was then able to grab him from the edge and pull him to safety.

Rapson was then taken into custody. He has been charged with aggravated assault on a law enforcement officer, DUI and fleeing to elude.