The city last summer took 645 of the existing 2,400 public spaces and made them permit only. 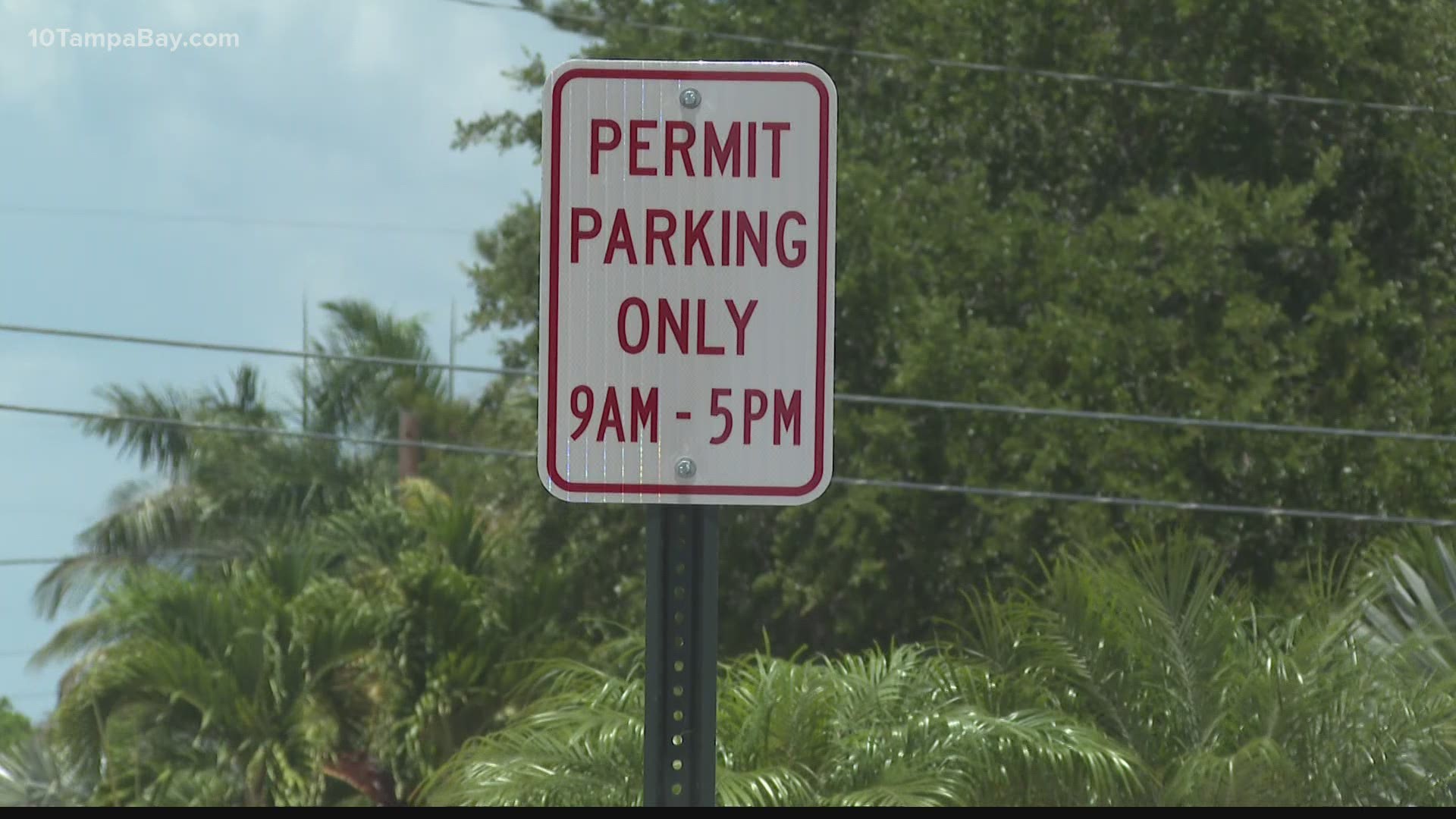 HOLMES BEACH, Fla. — Is it a case of beach bullying, or is it only fair?

Parking near the beach in Manatee County has been always been hard to come by, but now, the county is withholding hundreds of thousands of dollars in tourism taxes after one particular city set aside hundreds of parking spaces just for the folks who live there.

That move has pitted the county against the city in a parking battle that just heated up big time.

On any given day, parking is at a premium in Holmes Beach. Even more so now. Last summer, the city took 645 of the existing 2,400 public parking spaces ad made them permit-only for the people who live there.

But the idea hasn’t worked out so well for beach visitors.

“Definitely harder to find a place to park,” Canan Brooks said. “People in town don’t even want to come to the beach anymore.”

Manatee County warned Holmes Beach there be a price to pay, and apparently, that price is $283,000. That’s the amount of tourism taxes Manatee County just voted to withhold from Holmes Beach as reimbursement for a seawall repair project.

“I don’t mind saying to the city of Holmes Beach, 'your actions have consequences,'” said County Commissioner Kevin Van Ostenbridge. “And if this is denied, then that will be a consequence of actions that they have taken.”

The city of Holmes Beach wants the money to improve its bike paths. But that project in its current form doesn’t meet legal guidelines for spending bed taxes.

The seawall reimbursement would.

“It’s an abuse of power,” Titsworth said. “They’re actually using it as a weapon. And that’s not what that fund is set up to do.”

“I have to look at these somewhat mutually exclusive,” County Commissioner George Kruse said. “I mean, we’re not, this isn’t the mob here. It’s not a shakedown.”

But Holmes Beach Mayor says that’s exactly what it feels like.

Despite the funding fallout, the city, she says, isn’t budging.

“There’s 31,000 cars that enter the city any given weekend day,” Titsworth said. “We’re never going to have enough parking for the amount of people that come to these beaches.”

There was a bit of an olive branch in all of this.

County commissioners unanimously agreed to try to work with the city of Holmes Beach to come up with a way that they could still get that $283,000 for bike path improvements and still meet the legal requirements when it comes to spending tourism taxes.

No time frame was set as to when that would happen.