A letter was sent to Florida Attorney General Ashley Moody to ask if a local ban would hold up in court. 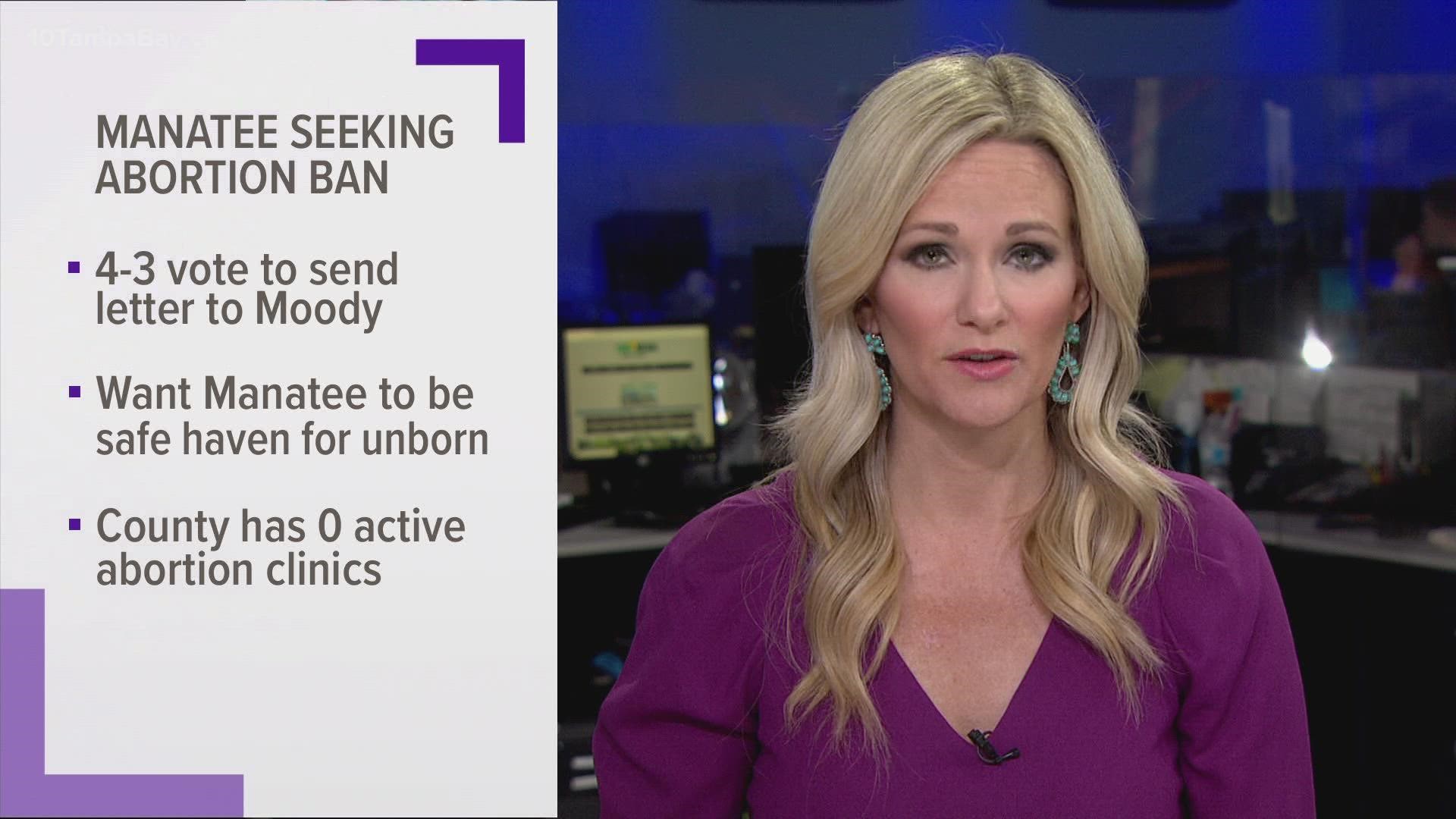 MANATEE COUNTY, Fla. — A "safe haven" for the unborn. That's the hope some commissioners have for Manatee County.

Taking their cue from the state of Texas' newly passed abortion law, commissioners sent a letter to Florida Attorney General Ashley Moody to ask if a local ban would hold up in court.

Commissioners voted 4-3 on Tuesday to send Moody the letter. The charge is being led by Commissioner James Satcher, who penned the missive.

“The undersigned majority of the Manatee County Board of County Commissioners, after due consideration, have a desire to establish Manatee County as a ‘Safe Haven’ for developing children who are inside their mother’s womb,” the proposed letter read, according to the Bradenton Herald.

There are no active abortion clinics in Manatee County, the Herald reports. The Herald says Satcher argues his proposal will "make sure it stays that way."

The letter is the first step to laying the groundwork in order for Manatee County to establish its own ban. It comes after the Supreme Court ruled not to intervene with Texas' abortion law.

The state's law prevents abortions after a fetal heartbeat is detected. That usually is around six weeks. And, for many women, it's before they know they're pregnant.

Under the law, someone can bring a lawsuit — even if they have no connection to the woman getting an abortion — and could get at least $10,000 in damages if they win in court.

The Texas law is the nation’s biggest curb to abortion since the Supreme Court affirmed in the landmark 1973 decision Roe v. Wade that women have a constitutional right to an abortion.

While a divided Supreme Court stayed silent, the Department of Justice is suing Texas and asked a federal court in the state to stop the law's enforcement while it decides the case.