Deputies said they were at a home serving an arrest warrant for a woman's grandson when the woman stopped them at the door. 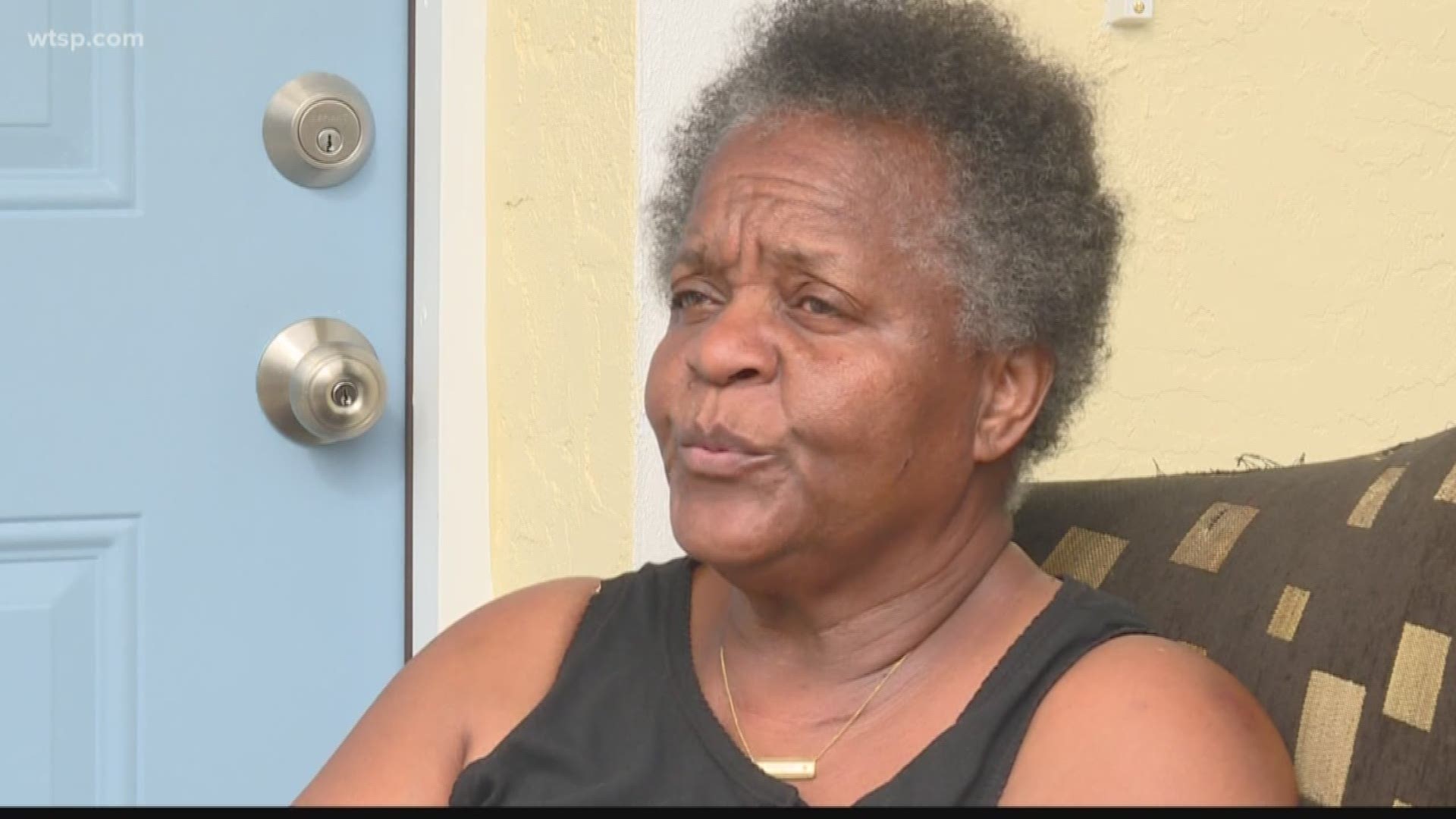 BRADENTON, Fla. — A 70-year-old woman was tased three times by a deputy with the Manatee County Sheriff’s Office, according to arrest reports.

The agency said they were serving an arrest warrant for Barbara Pinkney's grandson, Tevin Turner. Deputies said Turner was wanted for carrying a concealed firearm.

The arrest report said Pinkney met deputies at the door after another person at the home became uncooperative. Deputies said she told them they could not come inside without a search warrant.

They reportedly responded by saying they didn’t need a search warrant since they were executing an arrest warrant.

The report said deputies told Pinkney she could be arrested for obstructing justice if she kept being uncooperative with them. That’s when she tried to shut the door on them, according to deputies.

The arrest report said when deputies tried to arrest Pinkney, she pulled away and pushed him in the chest.

Deputies said even though the tase sent her to the ground, she kept resisting them. They said that’s why they pulled the trigger for the third time.

Investigators said it took a second deputy to jump in and help get the 70-year-old woman restrained.

"It was sharp and hurt and I hollered," Pinkney told 10News.

Pinkney was arrested for felony battery on a law enforcement officer and obstructing justice. She was released on a $1,000 bond.

An activist group called Answer Suncoast is organizing a march to show support for Pinkney Tuesday night. It is scheduled to begin outside her  home at 5:30 p.m.

Manatee County Sheriff Rick Wells told 10News that he is launching an internal affairs investigation and is aware that there is outrage in the community.

"We know the deputies had a legal and lawful right to be at the house, we know the subject we were looking for lives there," the sheriff said.

"He needs to be punished for what he did. He used too much force," she said.

The grandmother, in this case, told investigators she would not let them into her home without a search warrant. But deputies told her they didn't need a search warrant because they had an arrest warrant.

With a search warrant, law enforcement officers can search any specific area approved by a judge.  An arrest warrant gives investigators the right to go anywhere they believe the wanted person is and arrest them.

In the Manatee case, deputies said they knew the woman's grandson lived with her, so they just carried an arrest warrant.

RELATED: Florida woman bites intruder with what 'little teeth she got'